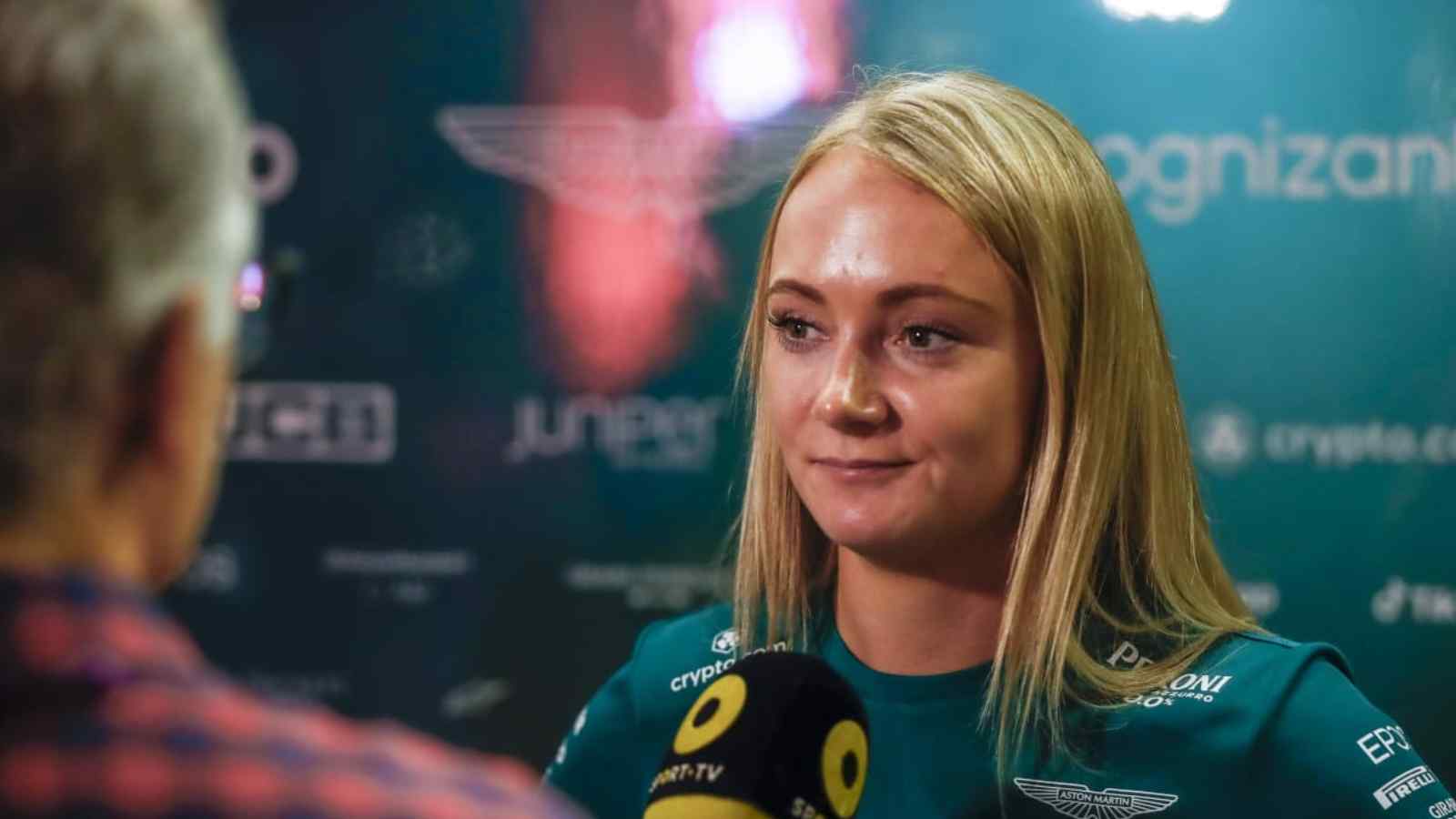 British racer Jessica Hawkins, who is a current participant in the W Series–a counterpart of Formula 1 meant for female racers–recently took a massive step in her career, with the help of Aston Martin. The 27-year-old, who has also done some stints as a stunt racer in the entertainment industry with her credits being the James Bond and Fast and Furious movie franchises, was appointed as the driver ambassador for Aston Martin in 2021.

The Britisher was interviewed by Aston Martin’s media team after she took to the F1 simulator, and her reaction was that of complete awe. She is aware of how she became a part one of the revolutionary steps undertaken by Aston Martin as Jessica Hawkins is now the first female driver to have tried the Formula 1 simulator. According to her, there is still some remnant sexism in the field of motorsports which she has to deal with every single day, and her day with the F1 simulator will go a long way in curbing the gender discrimination that is evident in her field of sports.

As the Company Ambassador for Aston Martin, Jessica Hawkins is tasked with advocating the rights of female racers and speaking about how they should be treated as equals in motorsports. Hawkins is quite accustomed to the Aston Martin cars as she has previously done stunt scenes in the James Bond movies, which always feature machines manufactured by the British brand.

When Jessica Hawkins finally landed the opportunity of trying the Formula 1 simulator for the first time during the Women In Motorsports Month, she became the only representative of the entire female drivers’ community to have gotten such an incredible chance. Commenting on it, she said, “I’ve had an exceptionally exciting day. I’ve been in the simulator. I’m struggling to keep the smile off my face. The simulator was amazing. As you can imagine, it’s the closest you’ll get to the real thing without actually driving.”

“I’m struggling to keep the smile off my face!"

Join us for exclusive access to a landmark day for @1JessicaHawkins, as our AMF1 Driver Ambassador gets behind the wheel of an #F1 simulator for the very first time.

The W Series is slated to return in 2023 as their CEO Catherine Bond Muir assured the fans of it even though the last two races of the Championship in 2022 were cancelled because of lack of funding. Many people associated with F1 have criticized the FIA for not trying to save the W Series, and if it does not make a comeback next year, it will be a huge stepback for all the women in motorsports.