What does “black magic” mean in F1 and how it practically cost Lewis Hamilton the championship? 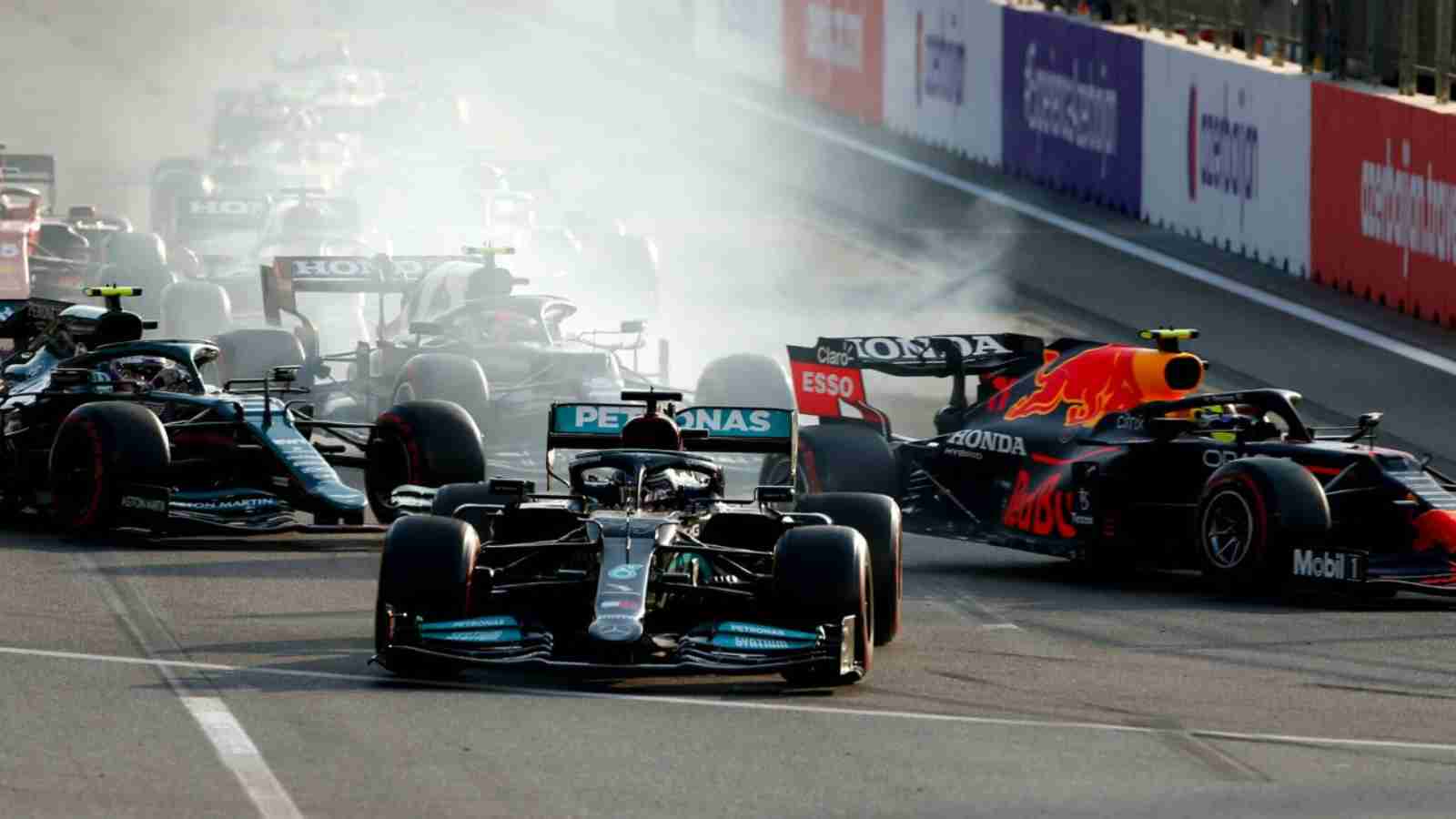 Lewis Hamilton is a 7-time Formula 1 world champion and arguably is a formidable force in the sport. The British driver dominated the sport for years in the turbo-hybrid era. Lewis and Mercedes became an unstoppable pairing, and this combination got to such heights after immense efforts together. This teamwork set Hamilton apart from others on the grid as the 37-year-old worked intricately with the engineers in a bid to gain an advantage over his rivals.

An innovation from such hard work of Lewis Hamilton and his German team was the ‘Magic Button.’ This button earned the name ‘Black Magic’ after the 2021 Azerbaijan Grand Prix. This button is placed at the back of the steering wheel and allows the driver to adjust the brake bias manually from the wheel. F1 steering wheels consist of multiple buttons and switches to control various aspects of the car, from fuel mix to engine modes. The magic button essentially acted as an override switch against the standard brake settings

The brake bias on an F1 car is usually around 55-60% on the front axle, with the remaining on the rear set of brakes. This button puts over 90% of the brake bias on the front axle, a major difference from normal race conditions, allowing Lewis Hamilton to heat up the tyres as required, ensuring the tyres come in the sweet spot earlier. The magic button also stops energy recovery for the MGU-K of the power unit.

At the safety car restart in the ending phases of the Azerbaijan Grand Prix, Lewis Hamilton looked to overtake Sergio Perez’s Red Bull heading into turn 1. Unfortunately, disaster struck as the 7-time world champion locked up and headed straight into the run-off, ending all chances of scoring points in the race as the Brit crossed the chequered flag in P15, missing out on an assured second place if not a potential victory in Baku.

The cause of this rare error by Hamilton was recognized later, Mercedes acknowledged that Lewis had accidentally activated the magic button, which shifted the brake bias on the front tyres, resulting in the British driver being forced to go on the run-off. The 37-year-old believed the incident was a lesson for him and the team rather than a mistake, Lewis stated, “I don’t even count it as a mistake… But it was an unforced error, really something we had that was sitting there that could have happened at any point and it unfortunately bit us pretty hard. But we learned from the experience and we move forwards.,”

This instance of ‘Black Magic’ stole away guaranteed 18 points from Lewis, with a potential loss of 25 points if the Brit had gone on to win the Grand Prix. In either case, this cost Lewis Hamilton his 8th world title, as every single point counted in the intense 2021 championship fight between Hamilton and Max Verstappen. The pair headed into the season finale in Abu Dhabi on equal points with the Red Bull driver emerging victorious and winning by a margin of 8 points.

Alas, if Lewis had not been cursed of this “Black Magic,” then the 37-year-old would have won the 2021 world championship by at least a lead of 10 points to Verstappen. It is deeply saddening to think how one small error can take away a whole season’s worth of effort. How this one mistake prevented Lewis Hamilton from breaking the record for the most championship victories in the sport’s history. But this is Formula 1, every point counts and there is no margin for error.

Read More: “Verstappen would have failed 2 tenths faster” – Fans react as Sergio Perez has an embarrassing fail at doing Donuts in Milton Keynes