by Vihaan Sharma
in Formula 1 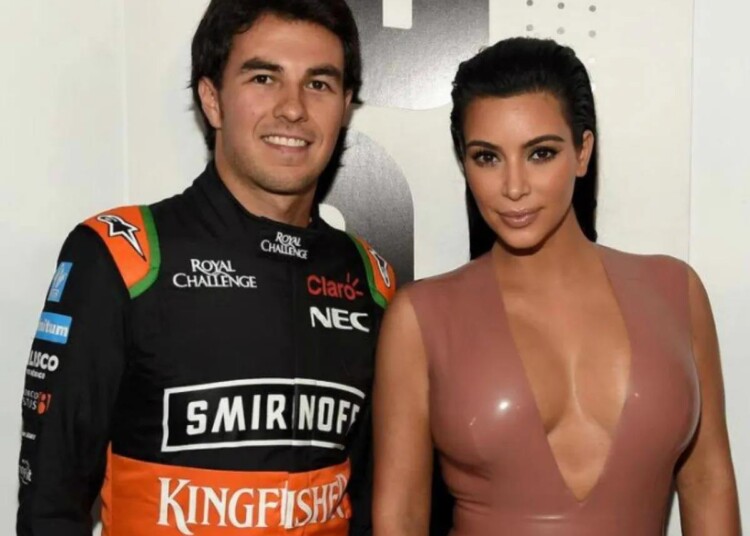 Sergio Perez is a proven race winner and highly experienced driver. He signed with Red Bull Racing in 2021 and then signed a 2 year extension last year which will see him race for the Milton Keynes based outfit until the end of 2024. The Mexican driver put up a solid fight for the World Championship in 2022 but could only manage P3 in the standings.

Recently, an old picture of Perez with American socialite Kim Kardashian has resurfaced. The pair were spotted at a promotional event for Hype Energy, a major sponsor of the erstwhile Sahara Force India F1 team. Sergio Perez joined Force India in 2014 and raced with the Silverstone based outfit till the end of 2020. Kardashian was present at the event as she was a brand ambassador for the energy drinks company at the time.

The star-studded event saw celebrities from all domains. Musicians Craig David and  Aryana Sayeed were also in attendance. The promotional event marked the launch of Hype Energy in the United States. The event took place in Nashville, Tennessee. A Force India F1 car, with Hype branding was also put up on display for the fans to see.

Related: “The real BOSS,” F1 fans express their adoration for Fernando Alonso as he gets to work at Aston Martin

The picture, which has since become a meme, shows Kardashian throwing up a ‘peace sign’ while Perez smiles at the camera. The snap has become increasingly popular in recent years owing to F1 and Perez’ rising popularity. It is particularly hilarious for many due to the unlikely nature of the pairing. Notably, Kardashian gained popularity owing to her businesses and tv shows while Perez is known for his racing career.

The unlikely pairing was spotted posing in front of Checo’s 2014 VJM07. Hype Energy’s interest in Formula One seems justified when people realize it is owned by former F1 driver, Bertrand Gachot. Gachot also raced for Force India’s predecessor Jordan GP in the 1990s. The pictures from the event are certainly memorable but fans are now excited to see what Perez can deliver under the employ of a different Energy drinks brand.

Vihaan Sharma is a Pilot-in-training and a Motorsport fanatic. He fell in love with car racing as a young kid and dreamt of becoming a Formula One driver. While that remained a dream, Vihaan shifted his focus to doing the next best thing, flying commercial jets. As an avid Sim Racer, Vihaan competes in Sim Racing events on F1 22, Assetto Corsa and ACC. Vihaan currently works as a content writer at FirstSportz. He covers Formula One, NASCAR and MotoGP.