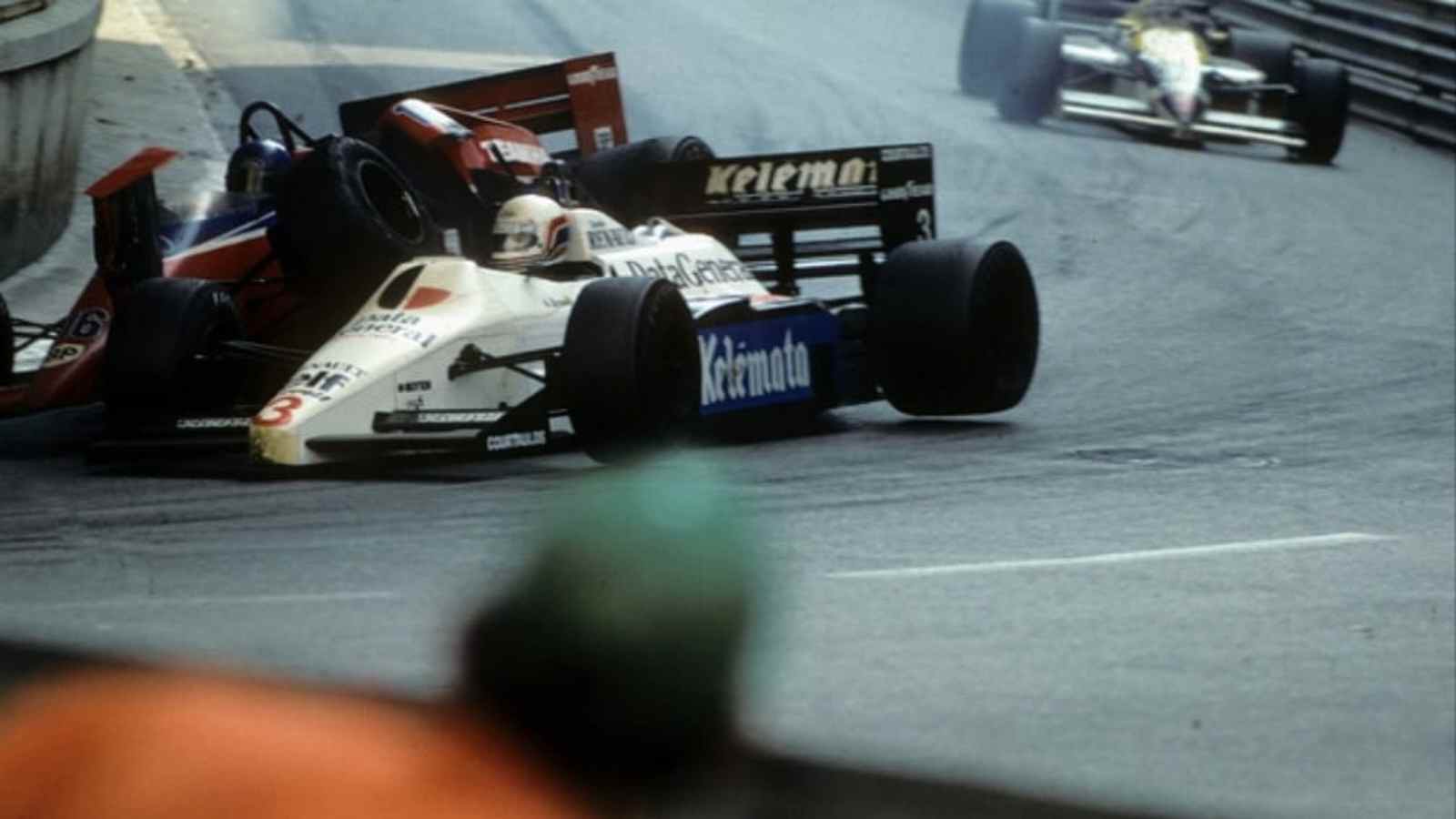 Patrick Tambay has a heavy collision with Martin Brundle

Patrick Tambay was a French F1 driver who had a long run in Formula 1, competing between 1977 and 1986, and having 123 race starts to his name, even racing for Scuderia Ferrari in 1982 and 1983. In 1986, for what was to be eventually his final season in the sport, Tambay signed with Team Haas (not to be confused with Haas Formula 1 team), a British team with the involvement of Lola Cars, a renowned engineering company. Tambay’s final season in the sport was riddled with retirements and only two points to his name.

However one incident from Patrick Tambay’s season comes to mind when talking about the Frenchman’s time at Team Haas, and that is the terrible crash between Tambay and the now commentating guru, Martin Brundle during the Monaco Grand Prix. As Brundle and Tambay went side by side at Mirabeau, with Tambay on the inside, Brundle in the Tyrell, decided to squeeze Patrick into the barriers, forcing the Team Haas car airborne!

The car flew, flipping about before finally hitting the barriers and falling back on the track, a horrifying incident, with the possibility of it being fatal, as Patrick’s helmet almost hit the barriers. Thankfully and miraculously though, Patrick Tambay came out intact, without sustaining any serious injuries, something almost unheard of in such a heavy collision, with the car’s engine cover becoming completely deformed. The Frenchman was visibly unhappy after the incident. Martin Brundle on the other hand was able to continue his race. This crash brought in a red flag and stopped the race before moving out the car off the track.

Patrick Tambay passes away at age 73

Tambay passed away after having a long battle with Parkinson’s disease, with the family formally announcing the death of the Frenchman on 4th December 2022. Patrick may not have won a world championship in Formula 1, yet the former Ferrari driver had proven his talent, bringing in two Grand Prix wins for the Prancing Horse in his short stint. The former driver also in his time had raced for McLaren in the late 70s but with limited success.

Patrick Tambay did achieve 5 pole positions in his career at the pinnacle of motorsport, something which the majority of drivers can only dream of. After his time in Formula 1, the Frenchman tried his hand at rallying at Dakar and even the highly acclaimed Le Mans 24 hours. Before finally retiring from racing and becoming a commentator for French television. Interestingly, Patrick was the godfather for F1 world champion Jacques Villeneuve, truly passing down his knowledge from racing in the sport to the Canadian.

Patrick was a remarkable personality, he had proved himself as a strong contender in Formula 1, providing solid performances and racing for some of the most successful teams in the sport. This crash was a significant incident not only for the Frenchman but also for other drivers and the sport in general, a reminder of how even the slow and twisty corners in the tight streets of Monaco can be severely dangerous for the 20-odd F1 cars battling for victory.