by FS Desk
in Formula 1, Throwback 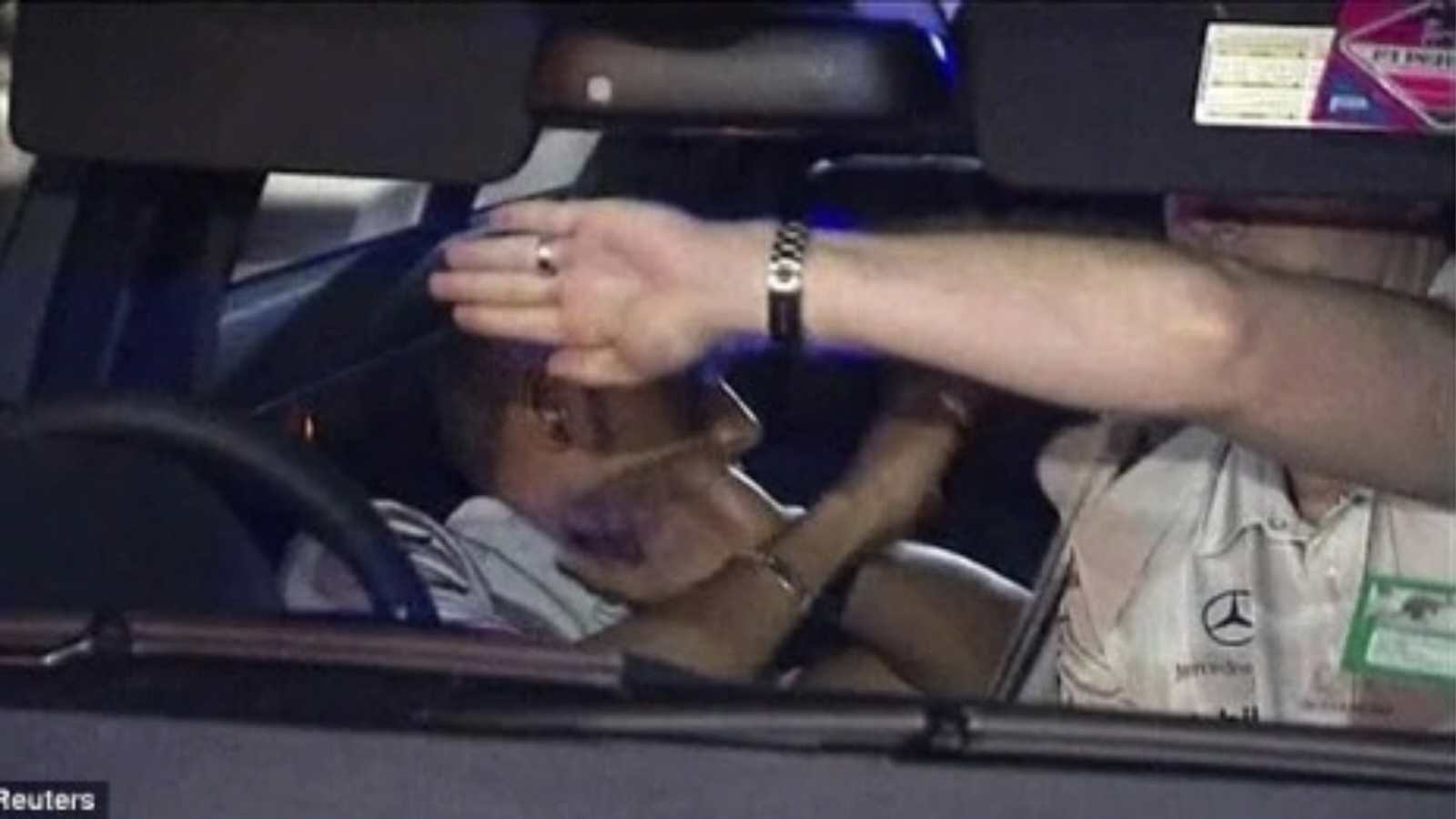 Lewis Hamilton was charged with 'hoon driving' in Melbourne in 2010

Lewis Hamilton is considered one of the greatest drivers of all time. The 37-year-old has rewritten history over the years, bagging 7 world championships, 103 race wins, and pole positions. Hamilton has established himself as the best driver in Formula 1 right now. The Mercedes driver has a strong presence out the sport as well, with the Brit being spotted regularly with celebrities from Hollywood and even attending events such as the Met Gala. Despite all that, however, there are times when the 7-time world champion gets in trouble.

Two days before the start of the 2010 F1 season in Australia, Lewis was caught “hoon driving” in the city of Melbourne. The Brit was caught doing a burnout and fishtail in a Mercedes, outside Albert Park, the race track for the Australian Grand Prix. The police were onto the Brit and a cameraperson recording the incident was harassed by the entourage of the then McLaren driver. The car was then impounded by the authorities, and charges were put in place.

Hamilton was then fined for this action for A$500 after the British driver pleaded guilty and avoided conviction. Hamilton was found guilty of violating the Australian state, Victoria’s so-called “hoon laws” which were put in place to target such “anti-social youth behavior.” The incident caused major embarrassment and humiliation to the 37-year-old, with a great blow to his reputation.

This incident was a matter of great concern and garnered attention from the media, as F1 drivers are looked up to by millions of fans, including children, who aspire to be like their favorite drivers. Thus, it is the duty of every driver or public figure, in general, to behave responsibly, especially when on the road. Lewis being a world champion should have known better than to drive dangerously on the streets. Thankfully the 37-year-old learnt from the incident and did not repeat it.

Lewis Hamilton has had a difficult season in 2022, the 7-time world champion faced severe porpoising issues with the W13 for the first half of the year, leading to a hard time driving the car. However, over the season, the Mercedes driver picked up the pace, with the team solving the car’s bouncing. The 37-year-old got 7 podiums during the year, a commendable achievement considering the struggles at the start of the year, with Hamilton being forced to end the season without a single victory, his first winless year in Formula 1.

However, things seem to be on the up for Lewis. The Silver Arrows have improved tremendously over the year, with the team even beating Ferrari on pace by the end of the season. George Russell’s first victory and first 1-2 for Mercedes serves as proof of the team’s progress. Team Brackley is certainly confident as it puts in everything heading into next year and addressing the fundamental issues of its car. The 37-year-old has shown his desire to continue in the sport, with his performances serving as a testimony to his talent. We hope, heading into next year, Hamilton gets the chance to get back to winning ways.