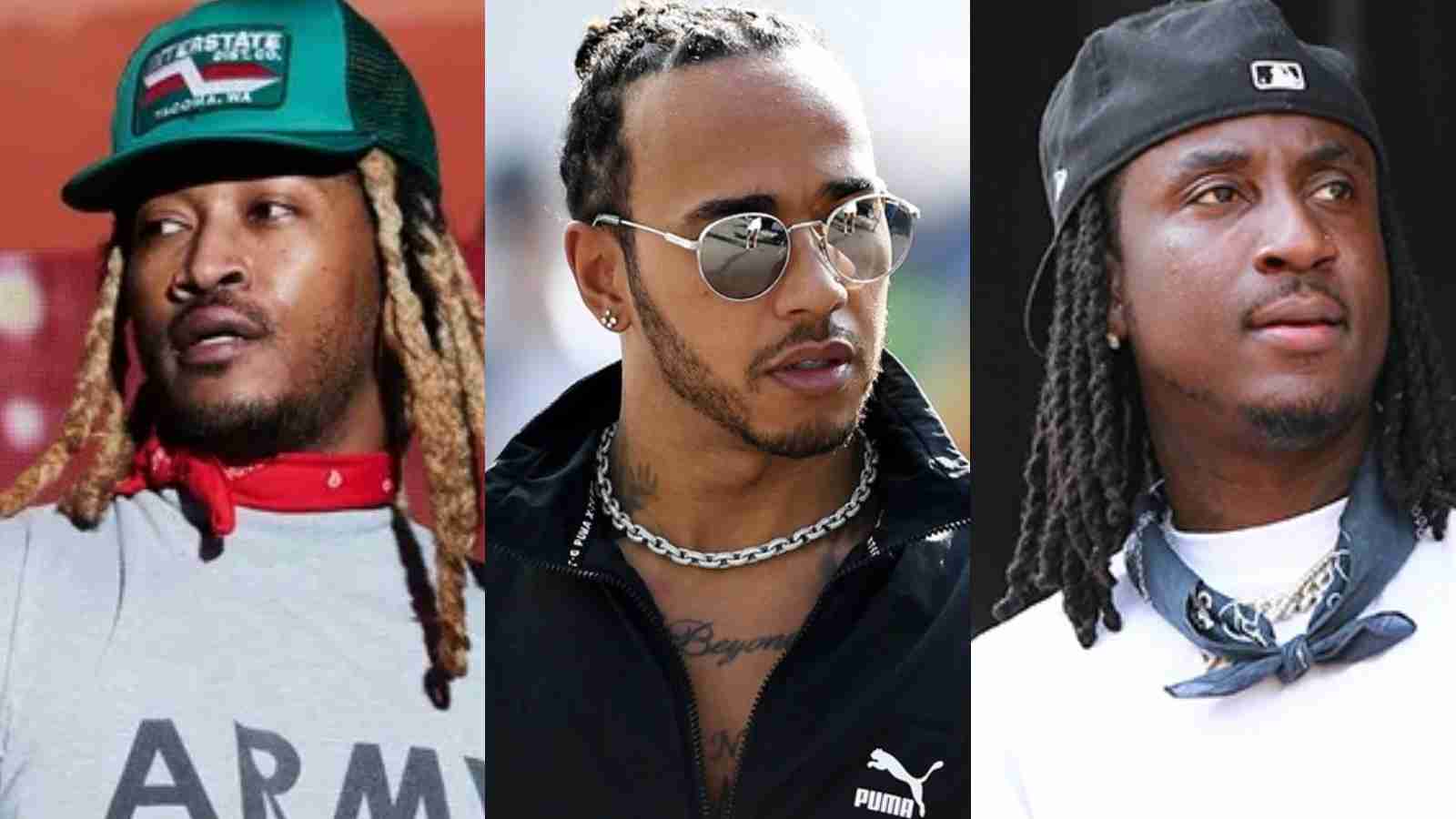 Lewis Hamilton is arguably the Formula 1 celebrity, the 37-year-old has established himself as the one name that everyone is familiar with it and of course is always in touch with the stars of Hollywood. The 7-time world champion is passionate about music and has even made his own under the name ‘XDNA’, featuring in Christina Aguilera’s Pipe. With Spotify finally releasing the Wrapped 2022, the de-facto way of expressing your music taste to the world, high hopes were on the F1 driver’s musical year.

The Mercedes driver did not disappoint, as Hamilton uploaded his top 5 tracks of the year, the songs which the Brit played on loop throughout the year. On the top spot, was Rema and Selena Gomez’s famous hit, Calm Down, giving us a taste of Afropop and R&B, with a soothing notion. On number 2 lies rapper K Camp’s hit of the year, Holy Spirit, an addictive track giving us the best of the rapping scene in town, with equally great visuals.

The next spot was taken up by renowned artist, BEAM’s 2ND SAMUEL featuring Papa San, a reference to the bible while the rapper talked about his love, with one of the most comforting instrumentals. On number 4 was M83’s My tears are becoming a sea, an indie/pop track with the song telling a story to the listeners. Finally rounding the list was popular rapper, Future’s LOVE YOU BETTER, a track where the artist speaks about how his former love needs to find a better partner after their breakup.

Lewis Hamilton or ‘XDNA’ is no stranger to making music

Lewis Hamilton is seen as the most avid music enthusiast in the F1 paddock and this stands truly seeing this catchy list. Lewis or ‘XDNA’ has a special fondness for hip-hop and rap genres, with the 7-time world champion even expressing his desire to release his own music that he has recorded in the past few years. The whole F1 world was amazed to hear Hamilton was the secret XDNA featuring in Christina Aguilera’s hit, Pipe when the 37-year-old revealed his hobby of making music, We sure hope that the Mercedes driver puts out his music soon, and with his fan following, there are no doubts over the F1 driver’s success in this industry as well.

Spotify Wrapped is one of the most highly anticipated online reviews of the year when the streaming giant informs the users about their year-round activity in the app, ranging from the number of songs played in the year, the time spent listening to music on the app, the user’s favorite genres, their most-tuned artist and their 5 most played tracks. Hamilton’s Wrapped gives the fans a way of connecting with the 37-year-old, providing them with a sense of his music taste and personality.

Lewis Hamilton may have been recording music in the past few years, but the Mercedes driver has not let his musical side affect him on track. Hamilton had dominated the sport for years before eventually losing the championship to Max Verstappen in 2021. The 2022 season was riddled with struggles for Hamilton as the Silver Arrows dropped down the pecking order due to porpoising and lack of pace in the W13. The 37-year-old had his first winless year in F1 this season, but as has proved time and time again, he is a force to be reckoned with, the 7-time champion will give his everything next year as he aims to get back to winning ways.