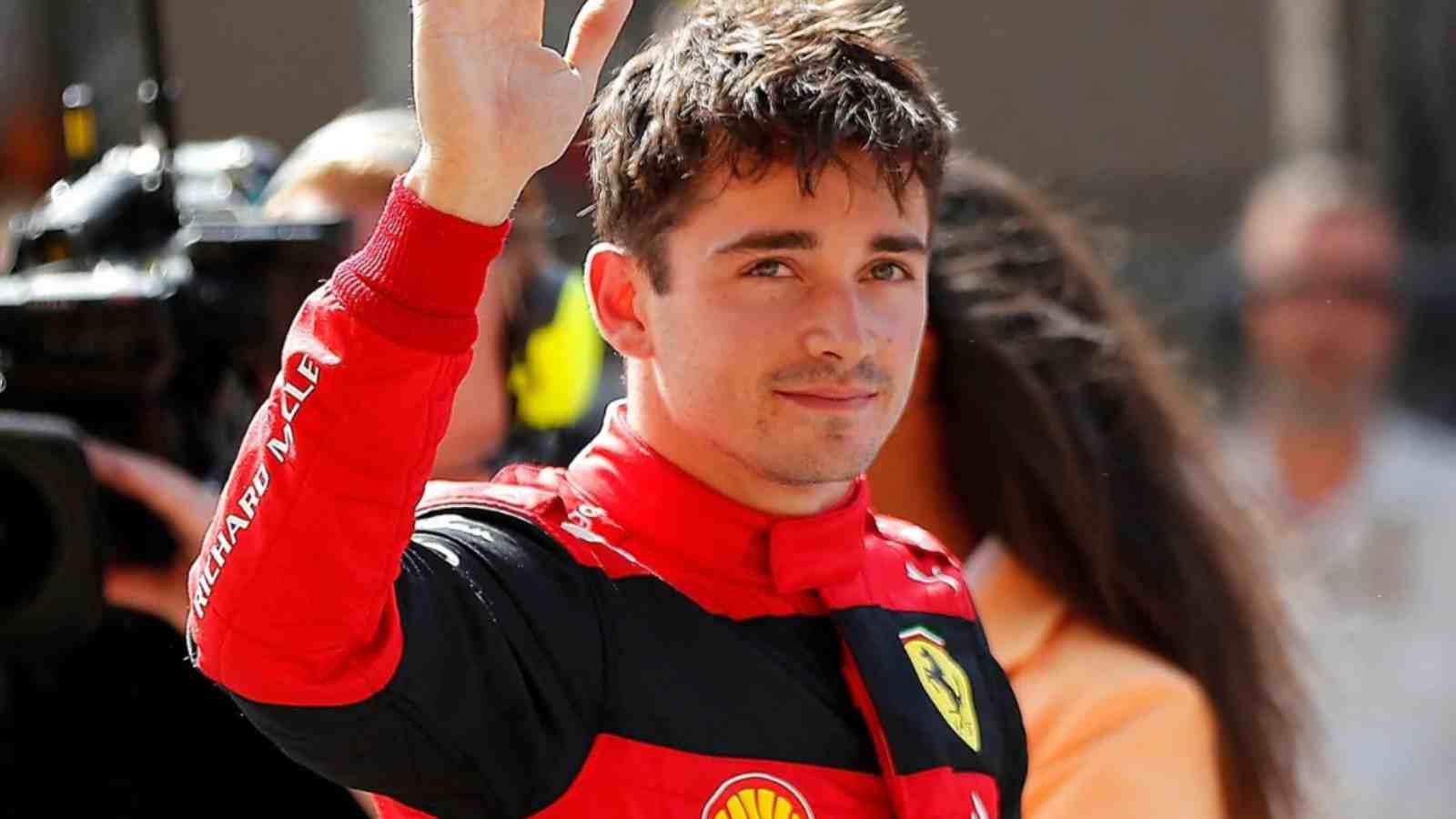 Charles Leclerc is currently one of the most exciting and talented drivers in Formula 1. The Monegasque built a name for himself over the years as a fierce and outstanding driver. Leclerc had an impressive run in his rookie year in the sport which impressed Scuderia Ferrari to give the 25-year-old a seat in the team. Charles is also the driver with the longest contract with the Scuderia in history, yes even Michael Schumacher did not get such an extension at once.

Charles Leclerc is often referred to as “Il Predestinato,” and there lies a long story behind this nickname. According to Sky Italia’s Carlo Vanzini, this nickname was given to the Monegasque driver at the age of 15, however, it only became popular after the 25-year-old’s win in Monza in 2019 for the Prancing Horse. Back in the day Leclerc was brought to Sky Italia for “a kind of press conference” and Vanzini asked Charles, “Today you start from pole, your teammate fights for the title, what will you do?” The Monegasque gave a simple and bold answer, he said, “I drive to win so I’ll drive to win any race.”

Vanzini was impressed instantly calling it the perfect answer despite the accompanied controversies the answer would create, the Sky presenter told the young Leclerc about trying to give a more diplomatic statement and the 15-year-old gave a stern reply while heading out, Leclerc said, “It was the question that was wrong, because it will never be possible that we end up fighting for the title and it’s my teammate fighting for it instead of me.” This sheer confidence and passion of the Monegasque are what led to Carlo nicknaming him “Il Predestinato” or the Predestined.

Why is Charles Leclerc really ‘the Predestined’?

‘If an action is predestined, it is controlled by divine will or fate.’ This certainly suits Leclerc who had a stellar junior career, winning Formula 2 and Formula 3 championships in his rookie seasons, a feat only the best can achieve. In his time in F1, the 25-year-old performed consistently for Sauber in his debut season and went on to outperform the four-time world champion, Sebastian Vettel, in the two seasons as teammates at the Scuderia. All this was not without difficulties faced by the Monegasque driver.

Charles Leclerc had to bear the pain of the death of his godfather, Jules Bianchi who passed away months after the horrific crash at Suzuka in 2014. Charles also had to suffer through his father’s tragic death in 2017, with the 25-year-old even claiming to his dad on the deathbed regarding getting a contract for Scuderia Ferrari for 2019, something he had no assurance about securing. Leclerc stood true to the statement to his father and ultimately got the contract with the Prancing Horse, and the rest is history.

Throughout his life, the Monegasque had to put tremendous efforts to get where he is today, even his family did not enjoy the same financial comforts as other young drivers, putting immense pressure on Charles to succeed. The death of Anthoine Hubert, a close friend of Leclerc was another major blow in his life. Yet despite all the problems, be it losing his mentor Bianchi, or his father, the 25-year-old never lost his hunger to win which he acquired at a young age. The Ferrari driver gives his everything when he is on track and does not like to settle for being number 2.

Charles Leclerc has had a respectable season in F1 this year, bagging 3 wins, multiple pole positions, and securing P2 in the drivers’ championship. Now the 25-year-old has his eyes set on winning the world championship in 2023, something the Monegasque has dreamt about ever since his childhood and hopes to achieve with the help of the Italian team. As the new season approaches we look forward to Leclerc performing at the top of his game and giving everything once again.