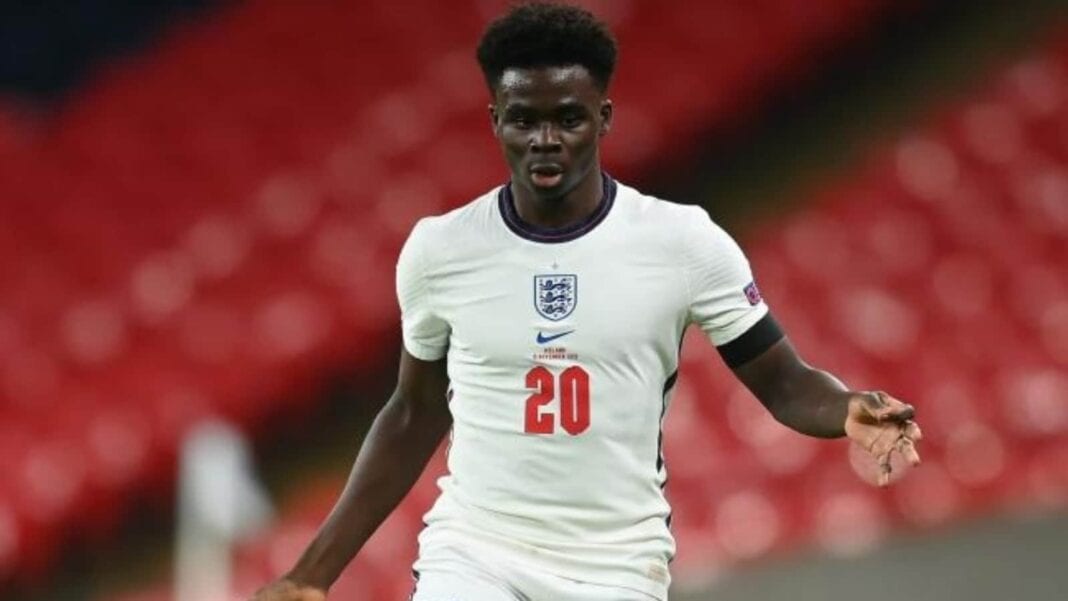 According to the press conference ahead of the semifinals against Denmark, Gareth Southgate mentioned that Bukayo Saka is set to feature for the game. The England gaffer mentioned that the player is deemed fit for the fixture against Denmark but might have to start from the bench for the national team on Wednesday.

Ahead of the crucial fixture, Gareth Southgate said:

What had happened to Bukayo Saka? Will he get the starting XI spot?

Bukayo Saka was in fine form before the player got a fitness issue ahead of the game against Ukraine. He had experienced a slight knock against Germany. Though England were involved in a dingy affair against Germany, Saka produced few brilliant goal-scoring opportunities which went begging. However, the absence of the player did not hurt England’s chances at Stadio Olimpico as England convincingly thrashed Ukraine 4-0.

In the absence of Bukayo Saka, Jack Grealish has started for the team and ticked every box to get a nod ahead of the Arsenal winger. However, Saka is a multi-dimensional player as he provides a cushion for the manager in both attack and defense. Phil Foden is also in contention to start for England as the player has finished his isolation after the game against Scotland. Mason Mount is also rearing to go against Denmark on Wednesday at Wembley.

England are in fine form as Harry Kane has found his goalscoring form in the Euro 2020. After finding it difficult to score in the initial games for “Three Lions”, the skipper scored three goals from two games. Also, Harry Maguire and Jack Grealish have provided the impetus required for the national team. Gareth Southgate will be looking to make it to the finals and end the international trophy drought for England.

Also Read: How a friendly match in 2014 led to Liverpool signing Sadio Man