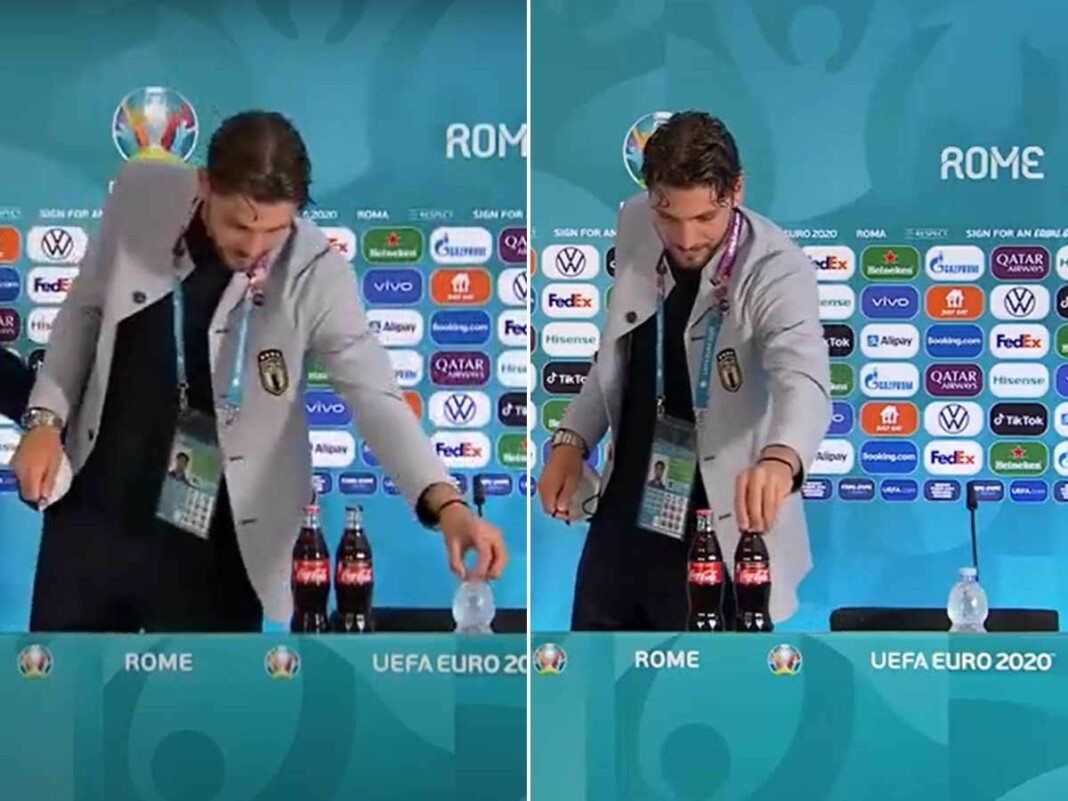 It seems that multi-national company Coca-Cola’s nightmares aren’t ending any soon, as they suffer another major blow at this summer’s ongoing European Championships, as yet another prominent player removed the Coca-Cola bottles from the table at the post match conference on Wednesday.

Following Ronaldo’s epic snub of Coca-Cola this Tuesday after the Hungary game, Italy’s Manuel Locatelli did the same last night after the Italy’s win against Switzerland in the group stage, adding fuel to the ongoing controversy regarding this.

After Ronaldo, this time Locatelli removes Coca-Cola bottles from the press table

The removal of bottles has become a trend so far at the EURO 2020, and Locatelli who was the star of Italy’s 3-0 win over Switzerland did the same, removing the coca-cola bottles from the camera’s view as he sat down for his post-match press conference.

A similar act was carried out by Paul Pogba after France’s game against Germany. The French midfielder attended the post-match press conference and removed a bottle of Heineken placed on the podium. Pogba, a practicing Muslim removed the alcoholic bottle from the camera view and placed it somewhere below.

The act of Ronaldo, seems to have caught on at the EURO 2020 press conferences and the soft-drink company has already suffered huge losses due to the Portugal star’s act. The company has lost $4.4m worth of shares in the stock market since the incident and it would be interesting to see if this catches on among players in the coming days.

Also Read: Cristiano Ronaldo removes Coca-Cola bottles at the Portugal press conference; The reason behind it