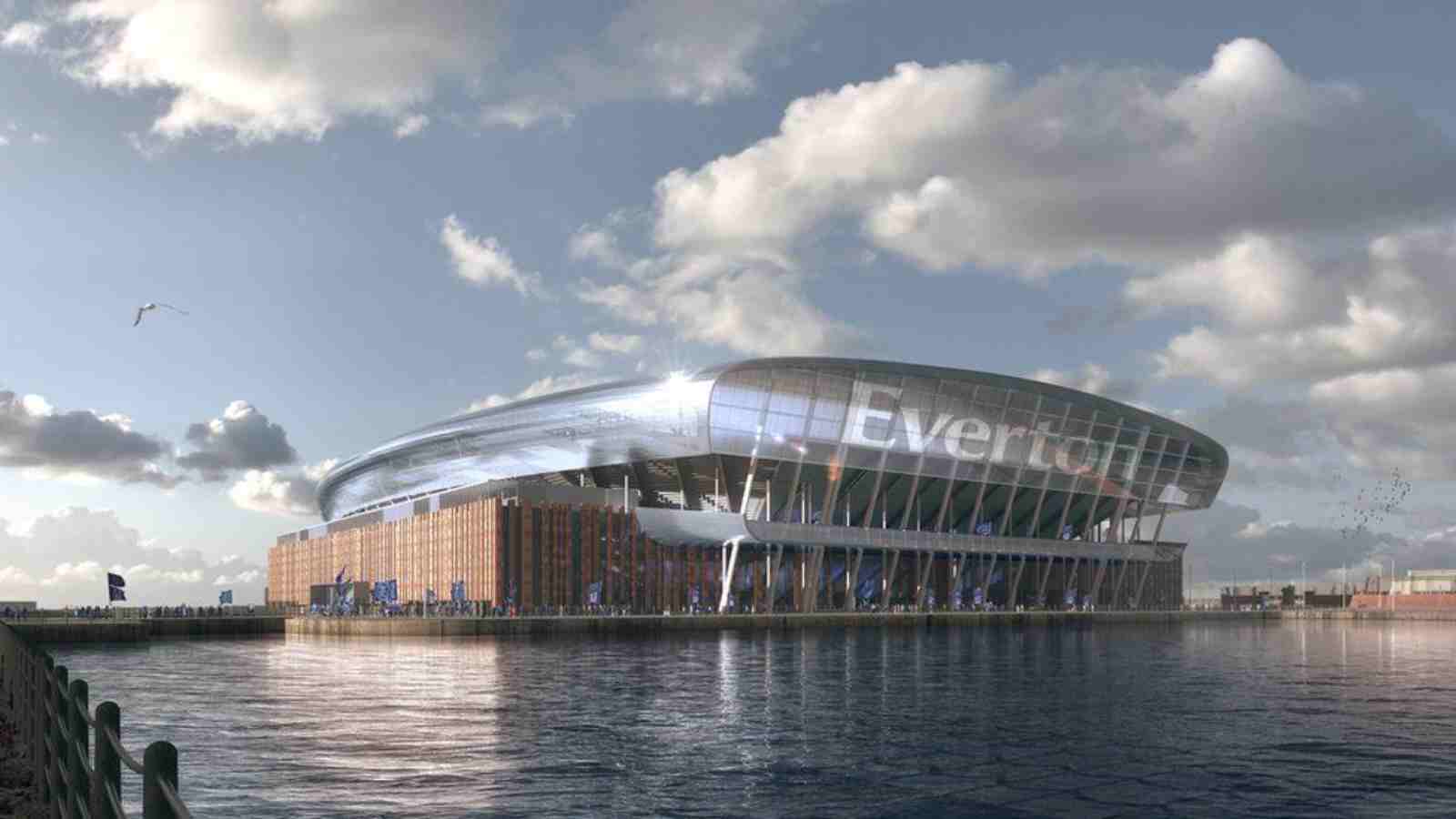 The construction of a brand-new, 52,888-seat stadium for Everton at Liverpool’s Bramley-Moore Dock is now underway. The cutting-edge venue is scheduled to open in time for the 2024–25 Premier League season. Obviously, Goodison Park, which has been Everton’s home since 1892 and is located in Walton, will be replaced.

The venue will have a home stand that can fit 13,000 devoted Everton supporters behind the goal. If safe standing zones are used in the Premier League, the stadium will also include two additional “lower tier” stands, allowing for a possible 62,000 spectators. So what will the name of the new Everton stadium be?

In any case, US website Stripchat has gotten in touch with Prolific North to express interest in buying the stadium naming rights. They said: “With news that Everton is seeking naming rights for its new $566 million stadium, Stripchat is officially extending a 10-year, $20 million-per-year offer to have the stadium named the Stripchat Sustainability Stadium.”

Max Bennett, Stripchat’s VP of New Media, has also released a statement about the big-money offer. “Stripchat has officially extended our offer to Everton to be the official naming partner for the club’s new stadium,” he said. “If our bid were to be accepted, we would make a concerted effort to make ‘Stripchat Sustainability Stadium’ the most progressive, responsible, and sustainable stadium in the world.”

Also Read: “He seems to be a bit of a one-trick pony”- Paul Scholas raises questions over this Manchester United star’s working style

According to Stripchat, the stadium will be utilized to host important company events, such as sexual health events during “No Nut November,” and will be used to limit carbon emissions. The Toffees posted the video below online last year to give us an early peek of their new “world-class” stadium.

Everton wants to make their new stadium the most environmentally friendly one in England’s top division, similar to Stripchat’s goals. When construction is finally finished, the stadium will harness the sun, wind, and rain to generate green energy and use less conventional energy.

According to the club’s official website, the construction of the stadium and plans for a Goodison Legacy are expected to benefit the economy by £1.3 billion. Additionally, it will bring in 1.4 million extra visitors and more than 15,000 new employment to the city.

Also Read: “The toughest I have faced”- Raphael Leao after going one on one against this Chelsea star