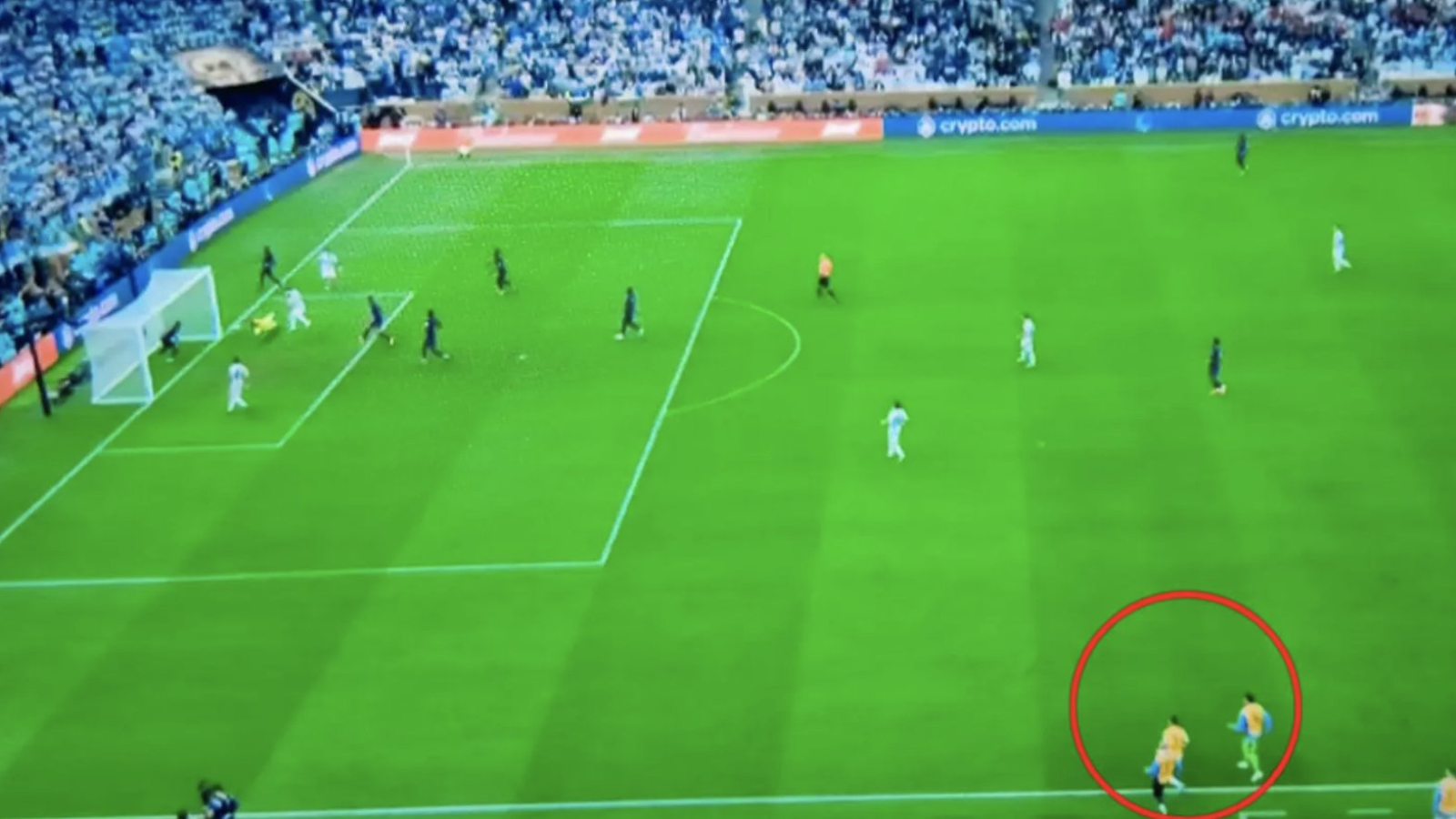 Football fans have expressed their belief that Argentina’s third goal against France in the final should not have been allowed to stand. This means the French team should have been crowned champions for the third time. Messi scored his second goal in the 108th minute of the match at the Lusail Stadium. He propelled the ball over the line following a deflection from a shot made by Lautaro Martinez. Viewers believed that Martinez was offside. However, replays showed that he was in line with the last defender, Varane. Though Kunde attempted to clear the ball, it had already crossed the goal line.

The dispute did not exist initially, however. Audiences perceived that some of Argentina’s substitutes had already gone onto the field before the ball passed the goal line. They claim that it should have been disallowed due to this. Many people were astonished that VAR did not take a more detailed look at the infringement.

France managed to level the playing field just before the end of extra time when Kylian Mbappe scored a hat-trick, with the second penalty awarded after Gonzalo Montiel was found to have committed a handball. The game was then taken to penalties. It was Montiel came out on top as he slotted in the winning kick. He earned Argentina the title of World Champions once again.

Also Read: Who is Nicolas Otamendi’s wife Celeste Rey and how many kids do they have?

Lionel Messi has achieved the ultimate honor in football, winning the World Cup, something that had eluded him throughout his career. After an intense and dramatic 120 minutes of play, Argentina defeated France 4-2 in a penalty shootout. In an ironic turn of events, the first significant moment of the game came from a penalty kick. Messi successfully converted it. It was awardeded after Angel Di Maria was brought down by Ousmane Dembele. Di Maria then added to Argentina’s lead by scoring on a pass from Alexis Mac Allister in the 36th minute.

Kylian Mbappe temporarily stole the spotlight by scoring two goals in quick successionand force extra time. However, Messi regained the attention with a goal in the 108th minute. The match was not yet decided, as Mbappe scored a penalty with just a few minutes left in extra time. Emiliano Martinez emerged as the hero once again during the penalty shootout. He saved Kingsley Coman’s shot and winning the mental battle with Real Madrid’s Aurélien Tchouaméni.

After Messi, Paulo Dybala, and Leandro Parades scored their penalty kicks. Gonzalo Montiel converted Argentina’s final spot-kick, securing the country’s victory in the 2022 World Cup. Even though Messi’s team emerged victorious, the future of football looks bright. Mbappe, who is only 23 years old and expected to have a successful career similar to Messi’s.

Messi’s World Cup victory also allows him to one-up his long-time rival Cristiano Ronaldo. Many football players have shared their thoughts on the ongoing debate about Messi and Ronaldo on social media. England’s Declan Rice declaring Messi as the “best ever,”.