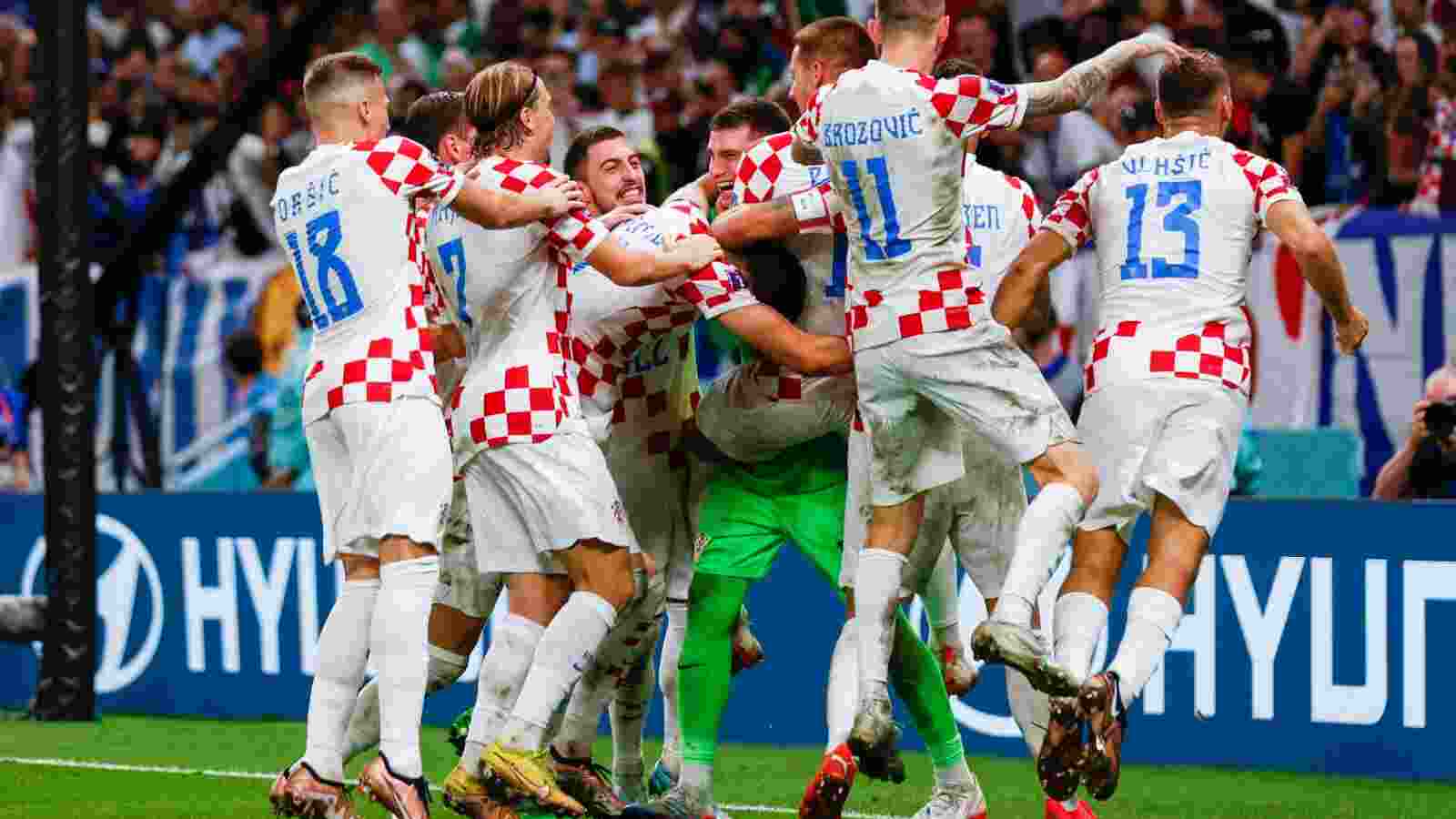 Croatia team after qualifying for the semi-finals of the FIFA World Cup.

The 2022 FIFA World Cup is almost wrapped up with the finals being played tomorrow between France and Argentina. Although, the underdogs of this competition, Croatia and Morocco faced each other for the third spot in the tournament. The two nations had one of the most difficult World Cup journeys this year but still made it to the semi-finals.

The 2018 FIFA World Cup finalists came third in this year’s edition of the World Cup. A promising squad led by Luka Modric was knocked out of the World Cup by Argentina in a 3-0 loss to Lionel Messi and his warriors. The Croatians did make a room for themselves on the podium after defeating the African nation Morocco 2-1 at the Khalifa International Stadium.

The third-place play-off game had a thrilling start as Croatian defender Gvardiol scored a header in the 4th minute of the game. Although it only took three minutes for the Africans to equalize after an unmarked Dari headed the ball into the net. The last and decisive goal of the match came in at the end of the first half as Orsic from Croatia midfielder Mislav Orsic.

Both the nations played high-intensity matches i the tournament and eliminated some of the big boys of this competition. Brazil, Spain, Portugal, and Belgium; all of these heavyweights were stunned by either of these semi-finalists.

Read more- “Players are getting treated like cattle,” Liverpool legend slams FIFA President over the concept of Club World Cup

Luka Modric and co. finished 3rd in this year’s World Cup. The Europeans were unlikely to reach so far in the competition with such massive football personalities around them. Although, just like in 2018, Luka Modric produced some of the finest moments of his concluding career for his country which took them to the last-4 of the FIFA World Cup

Croatia faced teams like Japan, Belgium, Brazil, and even Morocco before meeting Argentina. They kept a good defensive record and finished second in the group. The Europeans beat both Japan and brazil on penalties in the knock-out stages. The momentum felt good for them until they faced an in-form Lionel Messi in the semi-finals of the competition.