by Anshul Singh
in Football 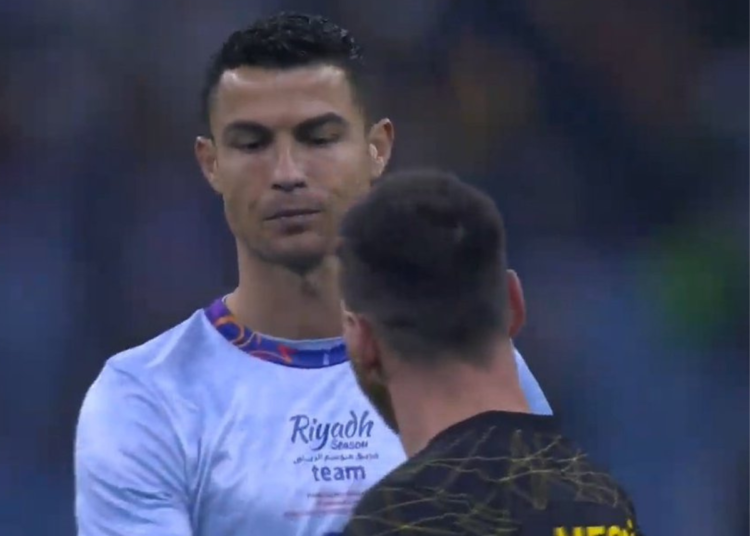 Cristiano Ronaldo and Lionel Messi met once again on a football pitch in the friendly clash between PSG and Riyadh XI. The Portuguese was the captain of the combined XI from Saudi Arabia’s All-Star team. On the other hand, Messi started along side Neymar and Kylian Mbappe in the fixture. Social Media went crazy as the two legends of the game hugged before the kick-off.

Ronaldo and Messi have been the poster boys of football for more than 15 years now. Fans had a mix reaction on Twitter after watching the two meet and hug again.

Messi left FC Barca in 2021 to join French champs PSG. On the other hand, Ronaldo signed for Italian giants Juventus, then Manchester United, and later on Al Nassr in Saudi Arabia. This matchup holds a lot of attention as the two players are unlikely to face each other again soon.

In case you missed- Cristiano Ronaldo v Lionel Messi: Where and How to watch PSG v Al Nassr friendly?

A business from Saudi Arabia bought the world’s most expensive ticket for a football game for the famous PSG vs Riyadh XI match. The two legends of the game are set to meet once again on a football pitch on January 19.

The last time the two greats of the game met in 2020 when Messi’s FC Barcelona took on Juventus in the UEFA Champions League. Cristiano Ronaldo was playing for the Italian giants at that time after leaving Real Madrid.