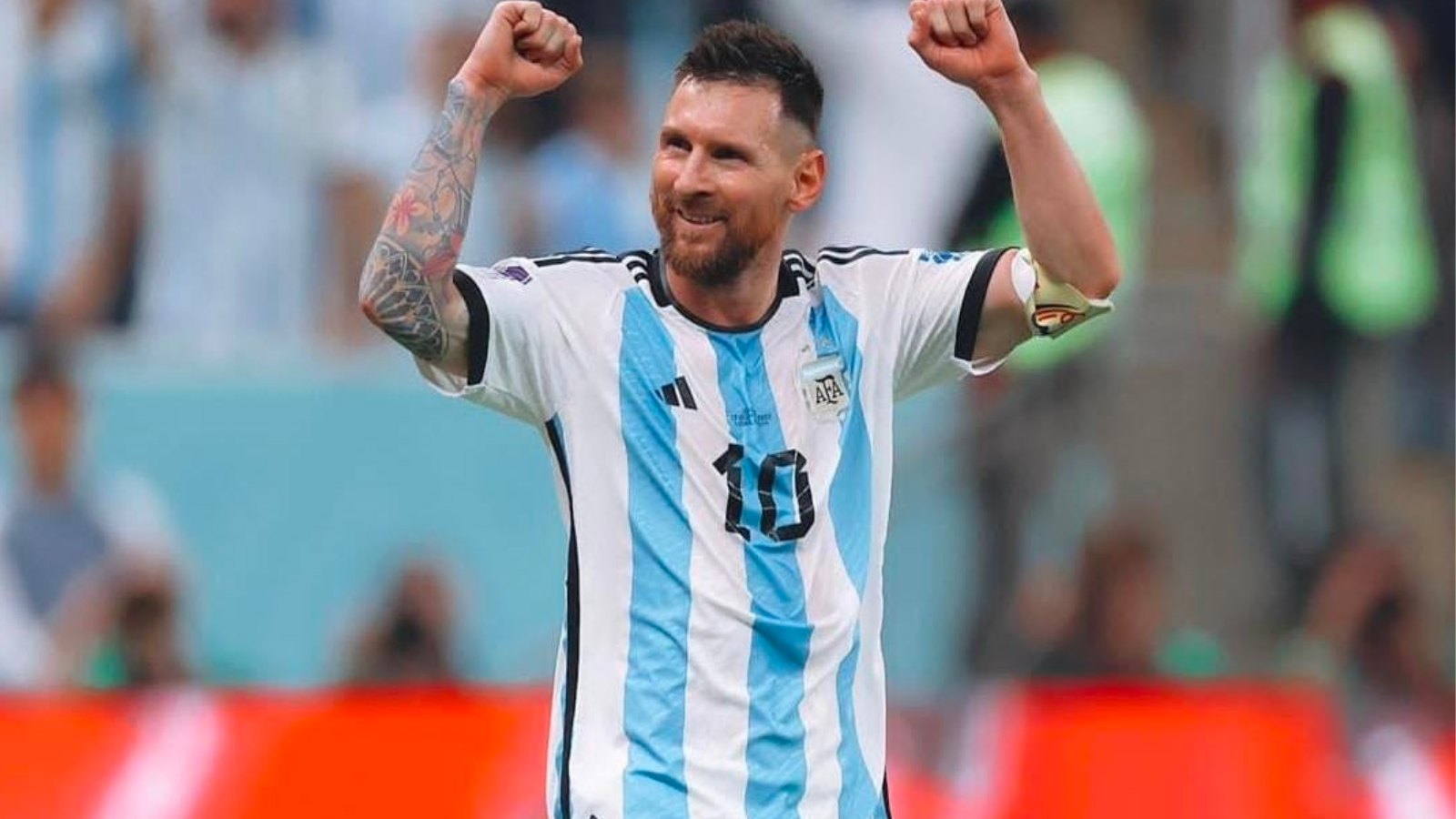 In 2004, at the tender age of seventeen, Lionel Messi, a young boy from Rosario, Argentina, went on to make his professional football debut for Spanish giants FC Barcelona. Looked upon as Ronaldinho’s successor at the club, the young Argentine showed promise. Many predicted then that the teenage No. 19 would go on to achieve legendary feats in football, and so he did. Eighteen years after his professional debut, Lionel Messi has achieved the highest of highs in football. A seven-time Balon d’Or winner, Messi broke several individual records and won every trophy at the club level. However, the only blemish on his dream journey has been his failure to win the World Cup.

Since 1986, Argentina has been waiting to win the World Cup. During their last World Cup victory in ’86, the South American country had Diego Maradona to inspire and lead them. After he retired from football, the country patiently waited for a hero and soon came Messi. Witnessing his mesmerizing performances on the field for club and country, many felt the South American star would lead Argentina to its third World Cup. However, despite playing in four World Cups, Messi was never able to win the prestigious tournament. The closest he came to winning was in 2014, but the No. 10 was defeated by a resilient German side.

While the night in Brazil ended in tears for Lionel Messi and Argentina, the 7-time Balon d’Or winner now has the opportunity to turn things around by winning the 2022 FIFA World Cup. In the ongoing competition, Argentina finds itself in the final against France. The South Americans have displayed an exciting brand of football which has earned them laurels from the world. Despite beginning their campaign on a losing note against Saudi Arabia, ‘La Albiceleste’ managed to rise through the ruins and make it to the final two. Throughout Argentina’s journey, many players have been crucial for the team. However, when one looks back, it is Lionel Messi who led from the front.

Since the start of the 2022 Qatar World Cup, Messi has played football that has caught the attention of every fan. In the six games he has played until now, Messi found the net five times and contributed with assists when needed. However, this is not new for Argentina’s No. 10. The key factor in Messi’s performances is that the Argentine superstar enjoys every moment at the World Cup. Along with inspiring performances, Messi displayed maturity and leadership that many CEOs and people in positions will look to follow. These attributes displayed by the 35-year-old superstar are characteristics he will look to show against France as he seeks Revenge.

Related: Kylian Mbappe vs Lionel Messi – How would the French and Argentine squad field defense against their respective MENACES?

The 2014 World Cup final ended in misery for Lionel Messi and co. However, in 2018, the team looked to rise and be World Champions. While everything seemed to go according to plan, the men in Blue and White stripes met France in the quarter-finals, and the European team ended Argentina’s World Cup dream. Goals from Benjamin Pavard and Antoine Griezmann and a brace from Kylian Mbappe saw France win against the South Americans. Eventually, the European team went on to win the World Cup.

While four years have passed by since the defeat to France, the loss will still sting Argentina. The only relief from the pain will be a victory against the French and a World Cup trophy in the cabinet. Despite the team not crossing the line four years ago, Argentina is currently well-equipped to cause a setback to France. Goalkeeper Emi Martinez, along with seasoned defenders like Romero and L. Martinez, is enough to stop the likes of Kylian Mbappe and Antoine Griezmann. Not only the defense but Argentina’s midfield and attack are solid. Rodrigo De Paul, Julian Alvarez, Lautaro Martinez, and Lionel Messi performed exceedingly well.

Along with the talent, another differentiator for Argentina is their motivation to win the World Cup. While the feeling to win the tournament after 36 years is mutual among the squad, every player in blue and white also wants to win the cup for Messi, who will retire after the finals. During the tournament, every Argentine player has displayed a love for Messi, which will be a crucial factor in the finals.

On the other hand, France also is on the cusp of history. The European team is on the brink of winning consecutive World Cups. However, just 48 hours before the mega showdown against Argentina, France finds themselves plagued with illnesses. Defenders Upemecano, Varane, Konate, and midfielders Kingsley Coman and Rabiot all find themselves with the flu. While there is no major update on their availability against Argentina, this is not good news for France. The team will be heavily dependent on Kylian Mbappe and other players to help them win the game and the World Cup.

Also Read: “It’s going to be very difficult,” Ousmane Dembele opens up about the Lionel Messi threat ahead of the 2022 FIFA World Cup final

To sum up, Argentina vs France is expected to be a mouth-watering clash. While the French team will receive a lot of support from its people, Argentina, Messi fans, and the world will be eager to see the South American team’s No. 10 lift the World Cup trophy. On the cusp of ending Argentina’s 36-year wait for a World Cup, Lionel Messi with a victory will also end the GOAT debate between him and Cristiano Ronaldo. Over to the finals for now. Vamos Argentina.

Also Read: Fans dive 100 feet into ocean to put up a Lionel Messi cutout ahead of the 2022 FIFA World Cup Final