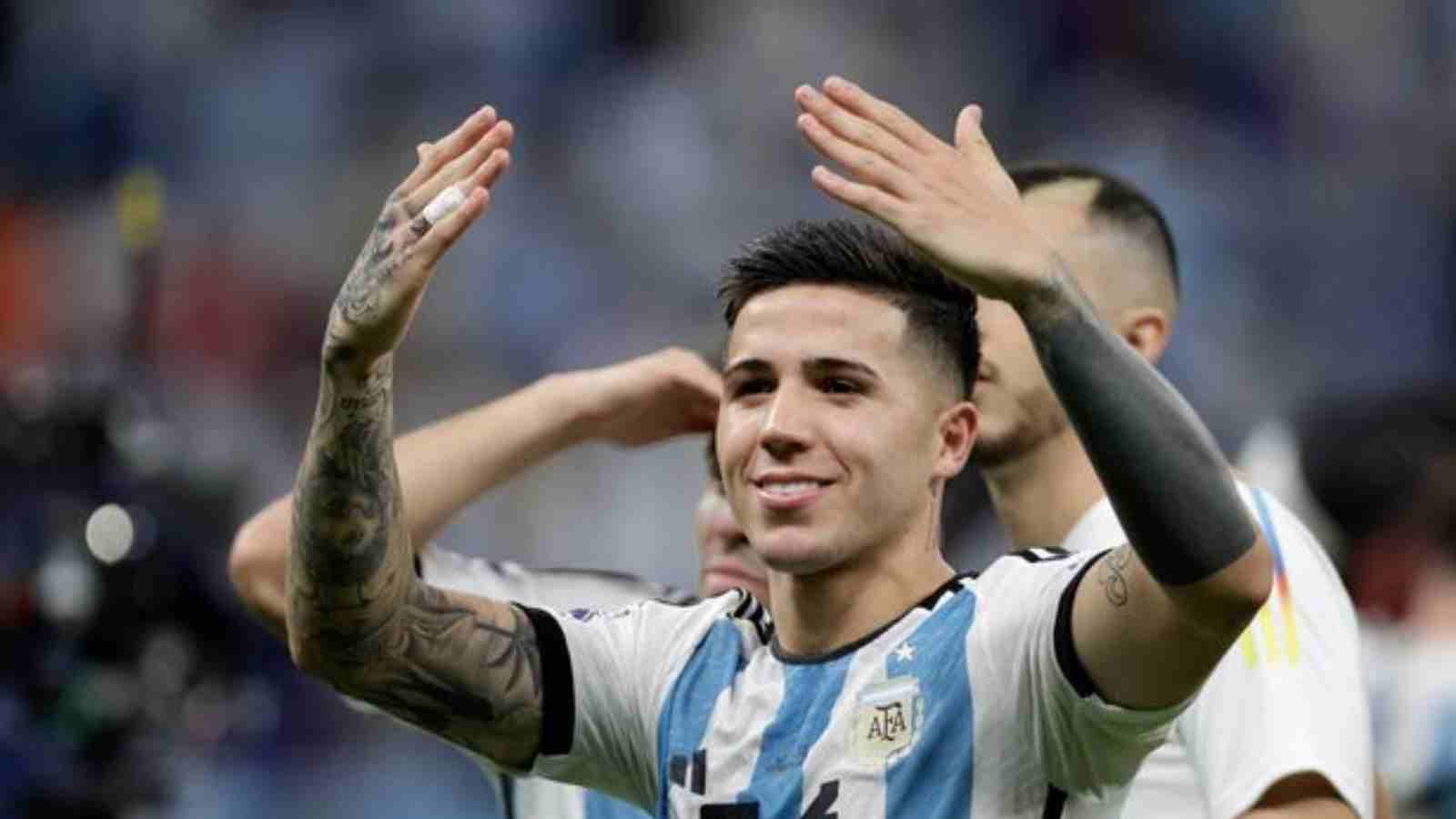 Enzo Fernandez, World Cup champion with Argentina is the focus of a lot of transfer rumours with Manchester United and Liverpool among the teams with an interest in the midfielder plying his trade for Benfica at club level. In the group stage clash between Argentina and Mexico, in which La Albiceleste won 2-0, Fernandez grabbed everyone’s attention in Qatar scoring the second goal of the match.

The midfielder who had just received his first international call-up in September, completely changed Lionel Scaloni’s team when he was pushed into the starting lineup after the second group game. The 21-year-old was selected for Argentina’s starting lineup for each successive game throughout the competition, including the thrilling triumph over France in the final match.

In recognition of his outstanding performances, he was named the Young Player of the Tournament. There are many teams interested in signing the Benfica midfielder, with United apparently moving ahead of Liverpool in the race. This comes after a rumour that Liverpool had signed a “pre-contract agreement” with the player, but the battle is still very much on.

According to the Brazilian media site UOL Esporte, conversations between United and Fernandez are still going on because Fernandez matches the profile of the type of midfielder the team is trying to add to their roster. After Casemiro and Christian Eriksen joined the club in the summer, it would be the next midfield addition.

Enzo Fernandez is primarily a defensive midfielder. He is better known for his wide variety of passes and for contributing as the base for offensive plays and flexibility than for his more conventional position of anchoring in front of the defence. The midfielder’s ascent to prominence has been impressive and Benfica, who acquired him from River Plate earlier this year has already included a £106 million release clause to his contract.

The player has already discussed how having connections to elite clubs has impacted his career. When asked how he was handling reports of a transfer amid interest from clubs such as United earlier this year, Fernandez told TyC Sports: “Calmly, humbly, with a low profile. I try to work day by day to keep improving and growing.”

Liverpool are still very interested in the Argentine after missing out on Aurelien Tchouameni, who left Monaco for Real Madrid last summer. The Reds are also monitoring the status of Borussia Dortmund midfielder Jude Bellingham who is being pursued by a number of Europe’s biggest clubs.

Learn More: Aston Villa set to get rid of Phillipe Coutinho just one year after his return to Premier League: Reports