Who is Mohammed Alowais? The Saudi Arabian goalkeeper who broke Argentina & Lionel Messi’s heart in Qatar 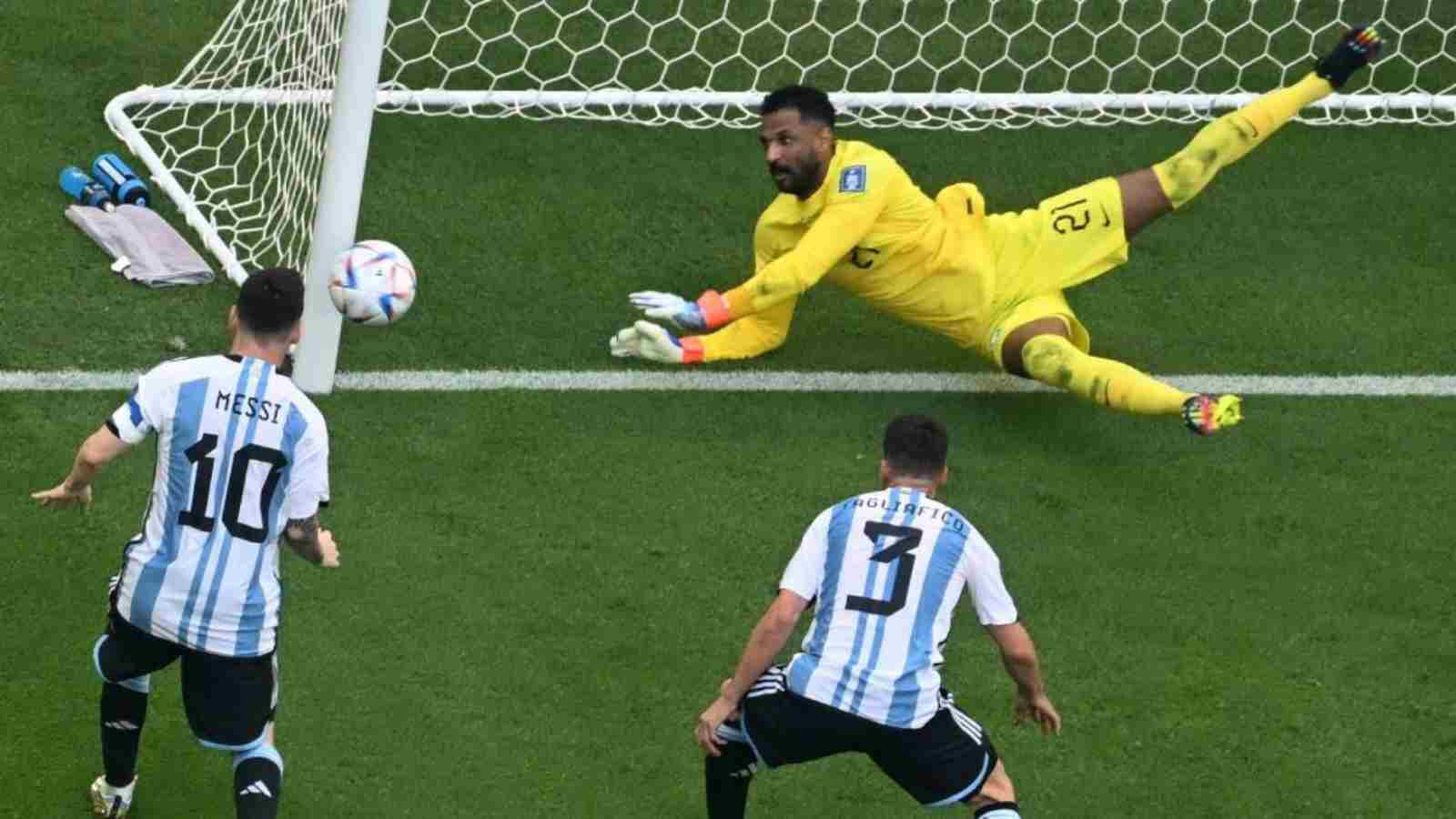 Saudi Arabia, the 51st-ranked team in the FIFA rankings, shocked one of the tournament favourites, Argentina, 2-1 in the first game for both teams, in what is being described as one of the biggest upsets in World Cup history. The Saudi Arabian team, led by goalkeeper Mohammed Al-Owais, needed to put on a frantic performance at the goal line to hold the score at 2-1.

Saudi Arabia’s goalkeeper Mohammed Al-Owais is the name everybody is been raving about, but no thanks to stopping Lionel Messi & co. to their first points of the tournament. Argentina had lost a game for over 2 years now before coming up against Saudi Arabia which looked like a regular victory but Al-Owasis had other ideas. But who is Saudi Arabia’s mysterious goalie?

Mohammed Al-Owais is a 31-year-old Saudi Arabia goalkeeper who plays for Saudi Pro League side Al-Hilal SFC. He is 1-time Saudi League champion & Saudi cup winner having never played outside his home country. He is valued at close to €700k by transfermarket.com as of 14th November 2022 which will just go upward after World Cup heroics.

When Saudi Arabia rallied from behind to defeat Argentina 2-1 in their Group C opening on Tuesday, they pulled off one of the biggest upsets in World Cup history. La Albiceleste, one of the favourites to win in Qatar 2022, got off to a strong start at Lusail Stadium and took the lead thanks to Lionel Messi’s penalty after 10 minutes.

Before halftime, three attempts by Lionel Scaloni’s team were disallowed for offside. Saudi Arabia pounced on this escape early in the second half, scored their first goal in a five-minute span. Herve Renard’s team equalized through a goal from Saleh Al Shehri, and then shortly after with a beautiful strike from the edge of the penalty box, Salem Al Dawsari clinched a historic victory.

Man of the match was awarded to Saudi Arabia’s goalkeeper Al-Owais who made 5 crucial saves to deny Argentina three points who are favourites to win the grand prize of world football. His performance was so spectacular that the King of Saudi Arabia declared a public holiday to celebrate their historic win against La Albiceleste.

Also Read: “There is no Messi in the presence of Saudi Arabia”- Fans slam Argentina after disappointing loss to Saudi Arabia at 2022 FIFA World Cup