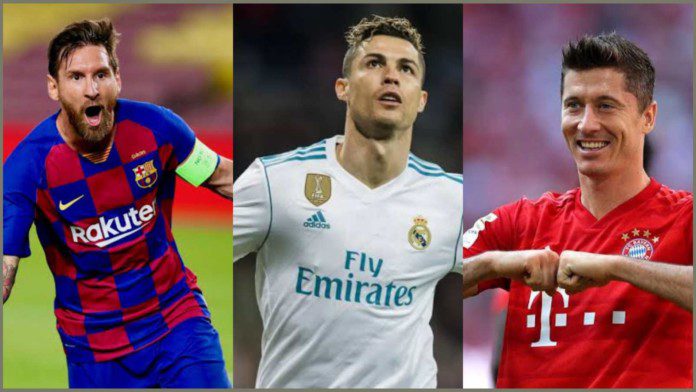 UEFA is one of the most well known football authorities in the world. It holds many prestigious tournaments like UEFA Euro in the International level and UEFA Champions League in the club level. Both of these have taken football to a whole new level.

So, here are the Top 5 Players With Most UEFA Player Of The Year Award

Luka Modric, the Croatian magician won the prestigious UEFA Men’s Player Of The Year Award back in the 2017-18 season with Real Madrid. It is that historic season in which he took Real Madrid to back to back Champions League glory.

And he also inspired a golden generation of Croatia to the 2018 World Cup Final. For which he was awarded the Golden Ball as the best player of the tournament. He also broke the famous duopoly of Messi and Ronaldo.

He is still going strong in La liga with Real Madrid at 36 years which is insane but then again he is one of the finest midfielders from his generation and without a doubt deserves everything in the world.

Andres Iniesta is the best midfielder of his generation by a country mile. The Spanish maestro is considered by many as one of the greatest midfielders of all time. He won the UEFA Men’s Player Of The Year Award in the 2011-12 season.

Iniesta was way ahead of his time, his vision, his composure and his footballing brains is on another level. Even the legendary Pep Guardiola once said to Xavi after watching a 15 year old iniesta playing that – “ You will retire me, but this kid will retire us both.”

This in itself is complete to describe the legacy of the Spanish Maestro Andres Iniesta.

Arguably the best player from the last two years, Robert Lewandowski is certainly one of the finest strikers of his generation with an absolute obsession for scoring goals. Its like he has a goal in his feet, as almost every time when he takes a shot it ends up in the back of the net.

Lewandowski won the UEFA Men’s Player Of The Year Award in the 2019-20 season. As he was on another level scoring goals like drinking water not Soda but water. He is aging like a fine wine in his 30’s.

Just another award in the humongous cabinet of the Argentine Icon Lionel Messi. Leo is regarded by many as not just the best player from his generation but the greatest player of all time. And they have their reasons as well because the man is an absolute genius.

He is one of the most complete football player in the world because he not just scores goals but creates them as well and he loves to play in the deeper role and to orchestrate his team.

The Portuguese Icon is the only player that has won this award in 3 occasions which were 2013-14 , 2015-16 and 2016-17 season representing the greatest club of all time Real Madrid as arguably their greatest player of all time.

Cristiano Ronaldo just like his arch nemesis Lionel Messi is an absolute legend of the game and it is his never ending will power to be the best that has pushed both him as well as Messi to such great heights.

He has been at the very top level for quite sometime now, he recently broke the record of the most goals scored by any player on the International Stage as well as in the club level too which makes his status even more legendary.

One of the finest players from their generation enhancing the beauty of the beautiful game. These are some of the players that have established themselves as one of the greatest players to ever step foot in a football pitch in an 11 V 11 format.

Sarthak Shitole - May 13, 2022
Tennis remains one of the most popular global sports that over the span of one season covers the majority of the world. Mastering the...