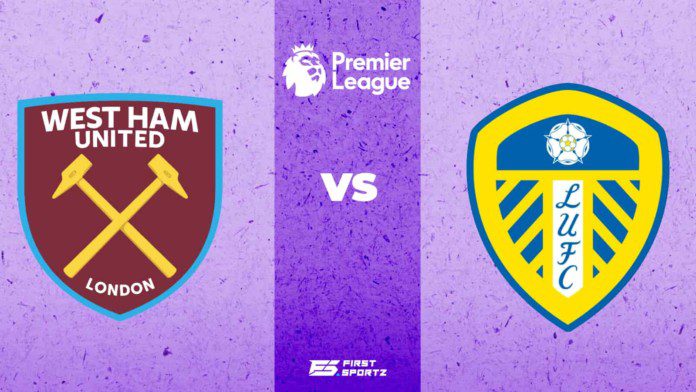 Here are our West Ham United vs Leeds United Player Ratings at the end of a high scoring game at London Stadium.

In the first half that was marred by the injuries, Leeds United went into the lead. The Elland Road outfit doubled their lead but was unable to maintain the lead. Pablo Fornals and Jarrod Bowen scored the goals to make it 2-2 at half time.

In the second half, Leeds United imposed more tempo to score the third one and send their side to the lead. The team was successful in achieving the same when Harrison struck his third goal of the game. West Ham United searched for the equalizer but Leeds United did not allow that to happen.

Lukasz Fabianski (5.8/10): The Polish keeper was not convincing for his team. He let Leeds United score three goals against his side.

Vladimir Coufal (6.5/10): Coufal had five aerial headers and three tackles to his name. Coufal was unable to withstand the pressure from Harrison.

Craig Dawson (5.8/10): A piss poor game for the central defender as he leaked multiple goals due to his improper positioning.

Issa Diop (5.8/10): The central defender was unable to withhold the opposition from scoring despite him dealing with aerial threats.

Aaron Cresswell (7/10): He was one of the few shining lines for West Ham United in the game against Leeds United. He got the assist for his side’s second goal.

Declan Rice (6.6/10): The English midfielder drove his side forward with his midfield contributions. He had two tackles to his name.

Manuel Lanzini (6.8/10): Four tackles and two aerial headers but he could not get the goal or an assist to his name.

Jarrod Bowen (7.2/10): Jarrod Bowen kept his form ongoing in the EPL. He scored the goal to halve the deficit in the first half.

Pablo Fornals (7.4/10): Pablo Fornals had one of the best Premier League games. He had a goal to his name in the first half and maintained the tempo throughout the game.

Nikola Vlasic (6/10): Nikola Vlasic failed to convert the chances that he got against Leeds United and was subbed off by his manager.

Michail Antonio (6.6/10): Though Antonio was unable to score the goal, he assisted his side and kept the team in the hunt.

Andriy Yarmolenko (6/10): Though the player was subbed early in the second half, he was not successful to find the equaliser for his side.

Arthur Masauku (6/10): Came on at the hour stroke, but he failed to keep Leeds United at bay. The team pinned him back.

Illain Meslier (5.8/10): It was a game where defense was absent. Meslier was unable to stop both shots that were on target.

Luke Ayling (6.5/10): Luke Ayling not only kept Michail Antonio silent but also assisted his side for the second goal.

Stuart Dallas (6.4/10): Stuart Dallas had a convincing game against West Ham United with two tackles and one aerial header to his name.

Mateusz Klich (6/10): Marshaling the midfield, Klich did all the dirty work to keep Leeds United in possession.

Robin Koch (6.1/10): Though he received a yellow card, it was one for the team. Barring that, he maintained a 75% pass success rate.

Adam Forshaw (6.7/10): Before getting subbed in the first quarter of the game, Adam Forshaw had an assist to his name.

Daniel James (7/10): To sum up, James kept the opposition pinned back. Also, he kept the midfield busy with his runs.

Raphinha (8/10): Raphinha’s return to the field was ominous for Leeds United. He assisted his team as well and came close to scoring in the second half.

Jack Harrison (9.5/10): Jack Harrison was the best player for Leeds United throughout the game. He scored two first half goals for his team. And he added one more at the stroke of half an hour to make it three.

Leo Hjelde (6.1/10): Coming on for Junior Firpo in the first quarter of the game, Leo Hjelde was convincing for his team in the game against West Ham United.

Lewis Bate (6.1/10): Bate was one more teenager who made his debut for Leeds United in the Premier League. However, he was subbed in the second half.

Also Read: “It doesn’t look like a good dressing room”-Everton’s off the pitch problems questioned by Roy Keane and Harry Redknapp 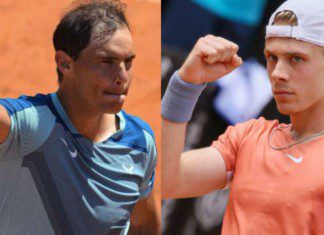