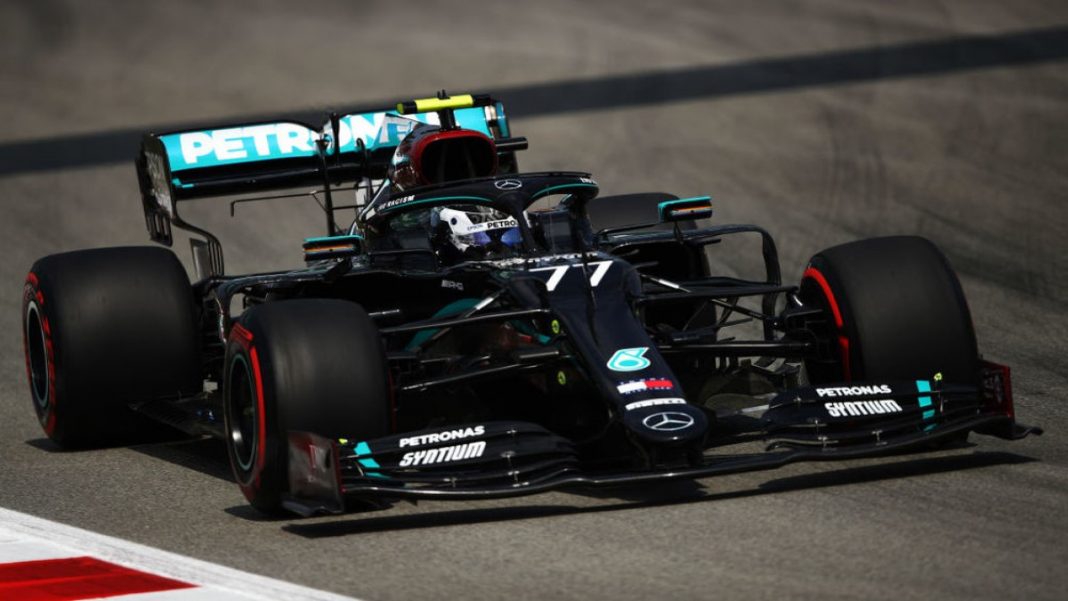 It is Mercedes 1-2 in FP1 of Spanish GP as Hamilton finished just 0.039s off Bottas and Verstappen was 0.9s slower finished P3.

Bottas and Hamilton traded places at the top of the leader board , but it was the switch to soft tyres for their flying laps with around 30 minutes remaining and Bottas stormed up front.

Red Bull’s Verstappen who spent a lot of time running on hard tyres was almost a second slower than the leader Bottas.

Ferrari’s Leclerc finished P4, 1.185s off top spot and just 0.011s faster than teammate Vettel, who received a new chassis for this weekend after a fault was found on his previous one.

Vettel was more comfortable with change and it showed on the time charts.

Racing Point’s Sergio Perez managed his on mediums and he was 0.180s off Haas’s Grosjean by the end of the session.

Sergio Perez, who returns after missing the last two races following a positive Covid-19 test managed P7 with the mediums.

The second Racing Point of Lance Stroll rounding out the top 10.

Renault had some issues as Ocon finished P12 and Ricciardo finished P18.

Roy Nissany of F2 got his first hand experience as he replaced George Russell finished P20.