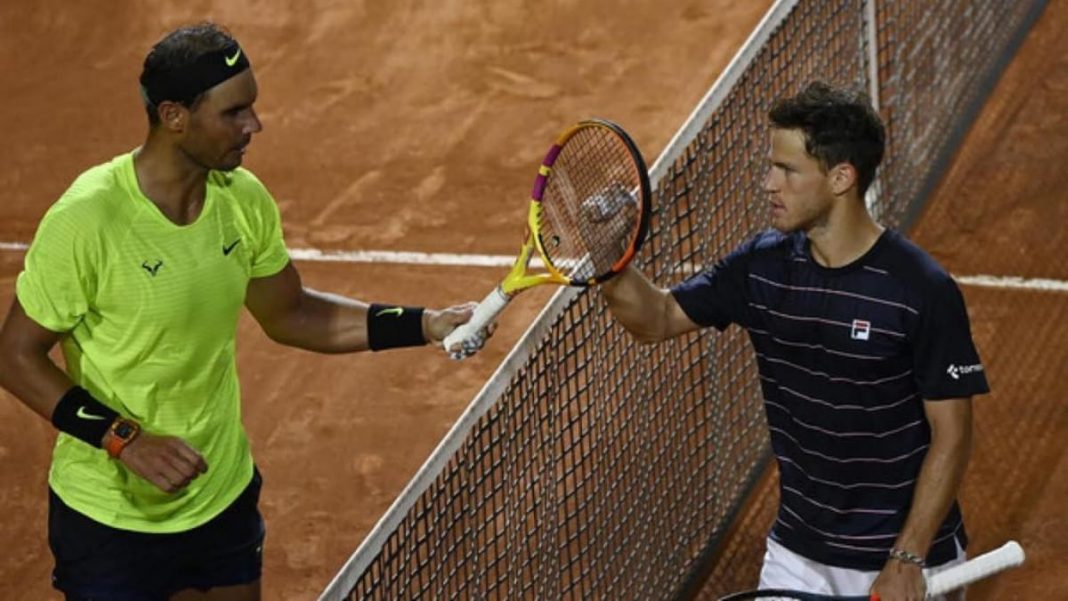 19 time Grand Slam Champion Rafael Nadal has set up a re-match with Diego Schwartzman in French Open 2020. The duo clashed against each other in the recently concluded Italian Open 2020. To everyone’s surprise, Schwartzman downed the King of Clay and emerged victorious 6-2, 7-5.

The Spaniard has an impressive feat on the grounds of Roland Garros. He has only lost twice at this tournament in his entire career. The clay-court master will be looking to exact revenge from Schwartzman over the straight-sets defeat.

“I know I can beat him” Diego Schwartzman vs Rafael Nadal

In his Roland Garros press conference, Schwartzman stated, “I know this week that I can beat him (Rafael Nadal). I know Rafa is the guy who has to win or he is in the best position to win.”

Diego struggled after the quarantine. He pushed himself to be better on court and the result of this was his victory over Rafael Nadal.

About this, the Argentine stated, “The consequence of that was what happened in Rome. I think it is the moment of my career when I draw the most confidence. Notable results at the biggest tournaments have shown me I can still improve my tennis and fight for big titles, which motivates me to work even harder.”

Even though Jannik Sinner came very close to getting a set-off of Rafa with 7-6(4), 6-4, 6-1, the Spaniard prevailed at the end. Nadal hasn’t dropped a set yet in this tournament.

In his Roland Garros press conference, Rafa said, “Now I have two days to practice, rest a bit and recover and try to be ready for the semi-final against Diego.”

“It’s a challenge. Today he (Diego Schwartzman) played an amazing match against one of the best players (Dominic Thiem) of the world. He’s coming with big confidence. Two weeks in a row he’s in the semi-finals. He beat me in Rome. I’m gonna try to go on court and play my best. I’ll try to do something different than what I did in Rome,” concluded the Spaniard.

Schwartzman and Nadal are set to encounter on 9th October on court Philippe-Chatrier.