“the epitome of narcissism” – Cameron Smith wins Greg Norman medal, Norman faces criticism over naming a medal on himself 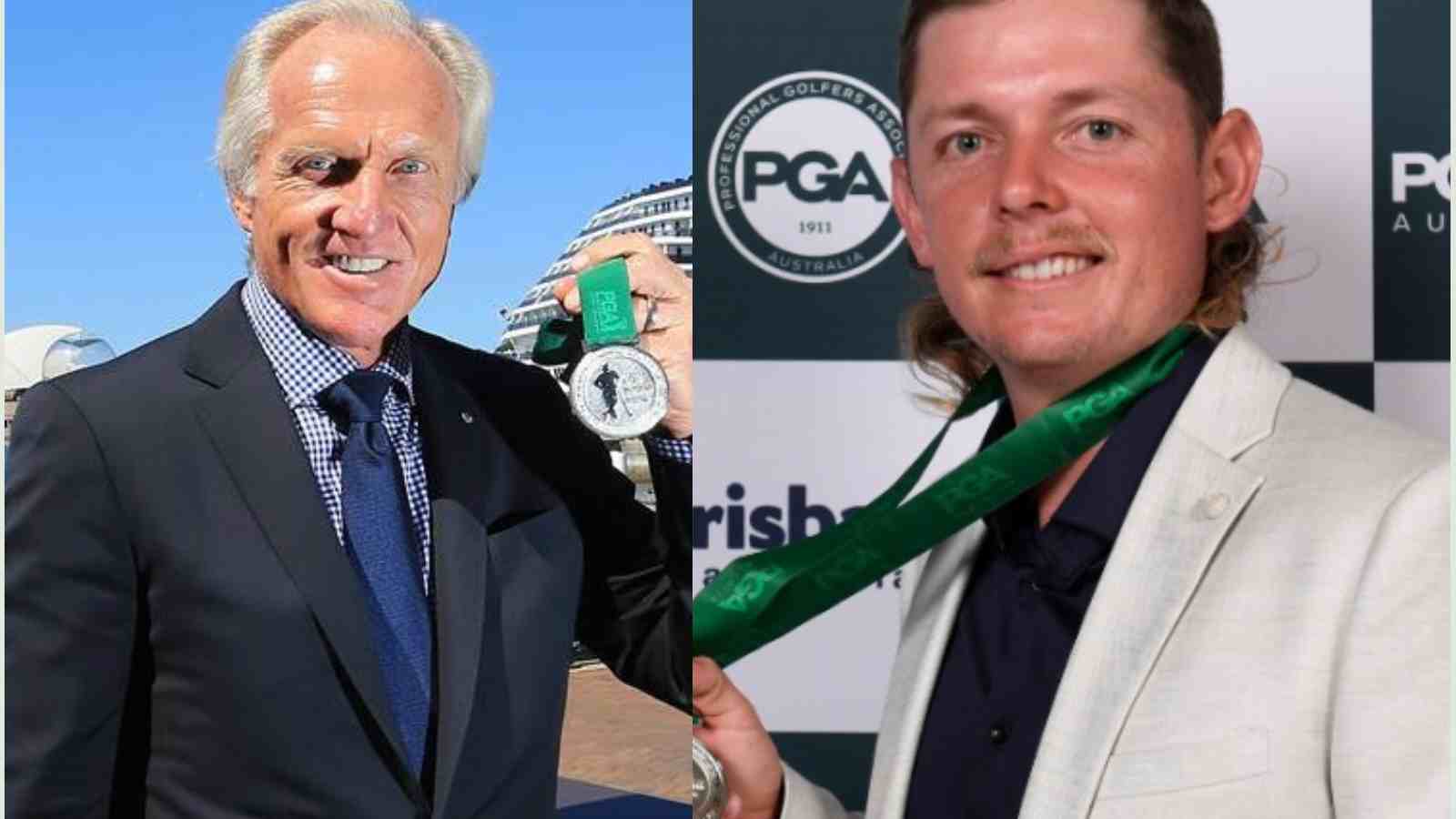 Cameron Smith has once again grabbed the highlights for winning the highest honor associated with Australian golf – the Greg Norman medal. He was also awarded the award back in 2020 too. Minjee Lee, the award winner for 2021 and US Open Champion last year in the women’s category missed out on the award this year.

The PGA Awards recognize the immense contribution of PGA Tour pro players who have attained success in their personal sense throughout golf’s scope. Grant Field, Smith’s coach, was presented with the PGA National Coach of the year, now for two consecutive years.

However, the awards got something of a negative backlash on social media, Twitter in particular, with LIV Golf CEO Greg Norman facing the brunt of the netizens.

The Greg Norman Medal is given to Australia’s best male or female performer on the world stage. Fans, however, didn’t have enough of all this as they decided it was time to put Greg Norman up for a rant, for naming a medal on his name. Greg’s heightened ego was the center of attraction that got thrashing in the comments section.

One Twitter user wrote – “Greg Norman Medal!!..the epitome of narcissism…”. Looks like the controversial LIV Golf’s head is a target for a number of people out there. Another tweet read – “The Greg Norman medal!! wow, the size of that ego!” Greg Norman would have to develop a pretty thick skin for going through that comment section.

Gavin Kirkman, CEO – PGA Australia was all for showering praise on Cameron Smith. “We’re very proud of Cam as someone who is home-grown, authentic, and incredibly skillful at what he does”. He also mentioned Lee who missed out – “It must have been a really close decision for this medal in 2022 because we also had Minjee Lee winning the US Women’s Open – the biggest tournament in women’s golf. But Cam’s year was absolutely incredible.”

Also read:- “Kicking doors down” – Adam Scott was left PUZZLED for his clubs, as Cameron Smith put on a disappointing show against his usual self