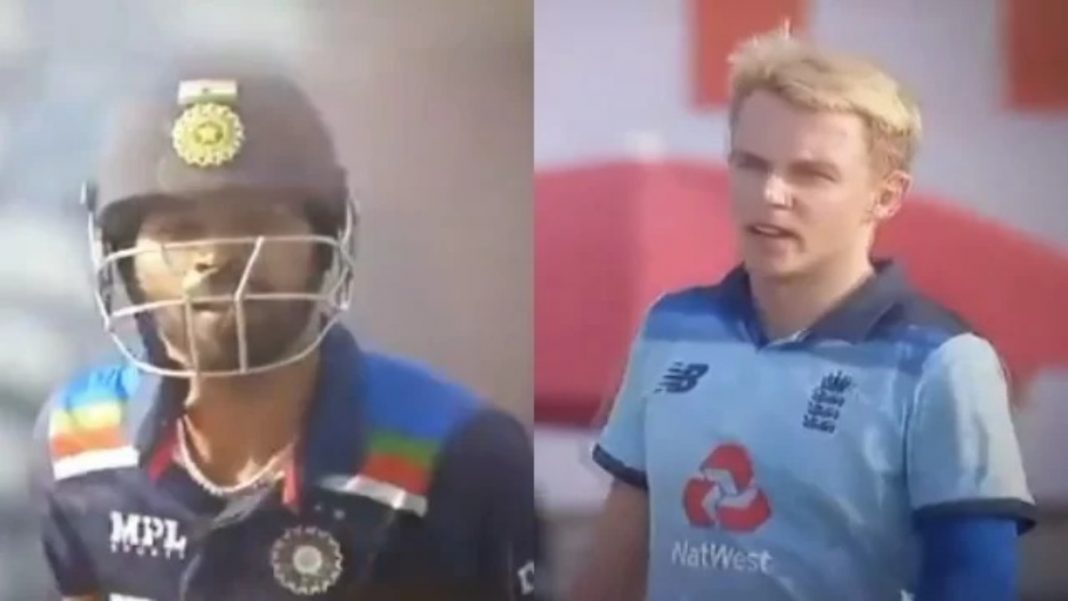 India came up with a strong batting performance in the first innings of the second ODI against England as they rode on a scintillating hundred from KL Rahul as well as excellent contributions from Virat Kohli, Rishabh Pant and Hardik Pandya. Reaching a total of 336/6, India made sure their bowlers were left with enough to defend to potentially secure an unassailable 2-0 lead in the three-match series.

It was in the death overs that India plundered a lot of runs. Rishabh Pant was in his element throughout as he kept coming up with outrageous shots to keep the scoreboard moving at a rapid pace. Hardik Pandya too contributed with some lusty blows towards the end although he would feel he missed out on taking India to a bigger score at the end. During his knock, he was involved in an argument with England all-rounder Sam Curran.

During the 46th over bowled by Sam Curran, Hardik Pandya and Rishabh Pant smashed the youngster for three sixes. Clearly under pressure, Curran finally bowled a dot ball off the final delivery. He then said something out loud to Hardik and started to walk back. Hearing the bowler having a go at him, the batsman got angry and came charging at him and confronting him for his words. As things got heated, the umpires had to intervene and separate the two.

After the over, Rishabh Pant holed out off Tom Curran‘s bowling and the Pandya brothers tried to take India past 350. However, some assured death bowling from Reece Topley ensured India got only to 336.

Also Read: India vs England 2021: Twitter reacts as KL Rahul comes roaring back to form with a century