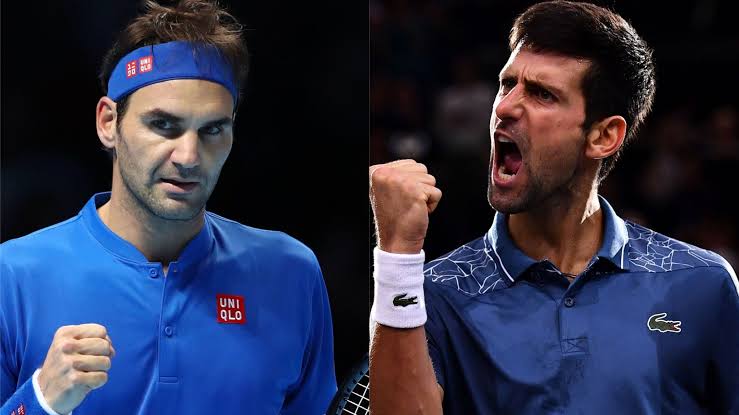 The past decade has seen the Big 3 dominate the world of tennis. The focal point for this article will be an analysis of the careers of two of the Big 3, Roger Federer and Novak Djokovic.

It is difficult to quantify greatness but it can be helped with good old statistics. First we take a look at the number of Grand Slams won by each player.

Grand Slams are the greatest rewards that a player can aspire to win in their career as it offers prize money, tour points and prestige.

However it masks the amount of competition involved in their prime.

For instance, Federer won his first few Grand Slams against relatively weaker players: The domination of Pete Sampras and Andre Agassi had ended while his two major rivals, Nadal and Djokovic, were yet to rise. Djokovic had to compete with both Federer and Nadal at their peak.

When we take a look at Federer’s and Djokovic’s rankings for the past decade, Djokovic proves his dominant decade over Federer.

Within this dominance, each of these players has carved out a dominion of their own.

Federer specializes on grass, and Djokovic on hard courts and clay. For many fans, discerning all this and assessing their relative greatness is simple: Examine their head-to-head record.

As an individual sport, over time, they would argue, the better player would prevail more. Djokovic tops this measure, too. He enjoys a winning record against Federer, winning a marginal 54% of their matches.

However, fans care for stylish, elegant tennis combined with dominant victories. One measure of this is the ratio between how many points a player wins of the opposition’s serve and how many they lose on their serve.

A higher ratio suggests greater dominance as a player wins points on his serve comfortably, while enjoying success against the opposition’s serve. On this measure, Federer edges Djokovic.

Another aspect of greatness is the kind of performance shown under pressure.

Winning crucial breakpoints when the opponent serves and defending breakpoints on one’s serve exemplify a champion’s nerve. The ratio of breakpoints converted to breakpoints lost captures this quantitatively and Djokovic leads on this measure 1.28 to 1.26.

But within matches, Federer is the most dominant winning the most points (1.31 to Djokovic’s 1.28) but does not do well when in nervy situations.

In 2020, 17-time Grand Slam champion Djokovic is on an 18-match winning streak on the singles circuit. And with the circuit resuming and the Serb remaining injury-free, he’s definitely going to surpass Federer’s records of Slams and weeks at World Number one.

Although Federer remains the fan favourite, Djokovic is on his way towards greatness and eventually will surpass Federer on the stats to stamp his GOAT status.