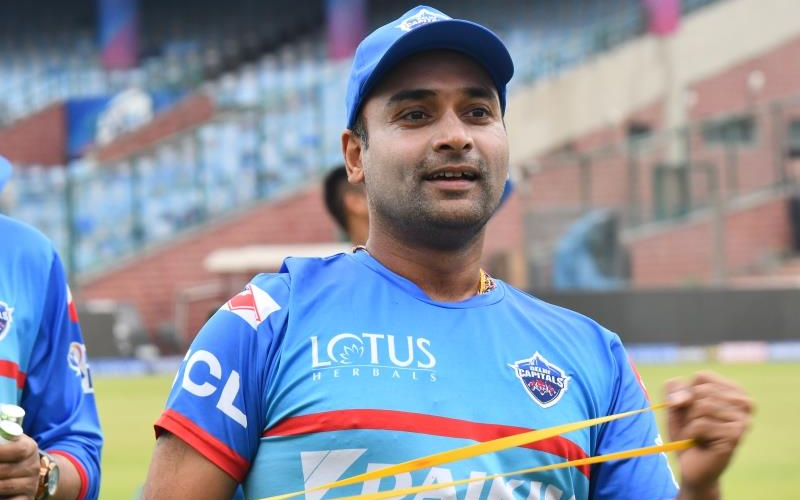 Delhi Capitals (DC) suffered a massive blow after legendary spinner Amit Mishra was ruled out from the remainder of the tournament. The 37-year old picked up a finger injury that forced him to leave ahead of their clash against Royal Challengers Bangalore.

Delhi began their campaign at the IPL 2020 on a perfect note after winning four out of their five matches. But the departure of Amit Mishra can turn out to be serious for the Capitals as he is proven match-winner. DC will now hunt for a substitute for the second-highest wicket-taker of this tournament. Here are some of the players who can take Amit Mishra’s place at Delhi Capitals.

Youngster Praveen Dubey could be an interesting choice in front of the Capitals to replace Amit Mishra. The Karnataka-based player is a leg-spin bowler who can also bat in the lower middle order. Dubey comes with a T20 record of claiming 16 wickets in 14 matches at a brilliant economy rate of 6.87.

Moreover, he is one of the net bowlers for the Royal Challengers Bangalore in the ongoing IPL season.

Interestingly, Saxena has also spent time at the dugouts of various IPL teams, including Delhi but failed to get any game time.

Delhi Capitals already have a terrific leg-spinner in the form of Sandeep Lamichanne in their side, warming the bench. As a result, the Delhi-based franchise can also go for an Indian fast bowler as a replacement for Amit Mishra. Rajasthan’s young pacer Kulwant Khejroliya is possibly the best available options in that department.

With the likes of Ishant Sharma, Avesh Khan and Mohit Sharma not performing in the chances given to them in this season, Khejroliya can come into play. He has also been a part of the RCB and MI sides before this.

Also Read | IPL 2020 RCB vs DC WATCH: Ravichandran Ashwin decides not to Mankad Finch, leaves him with a warning