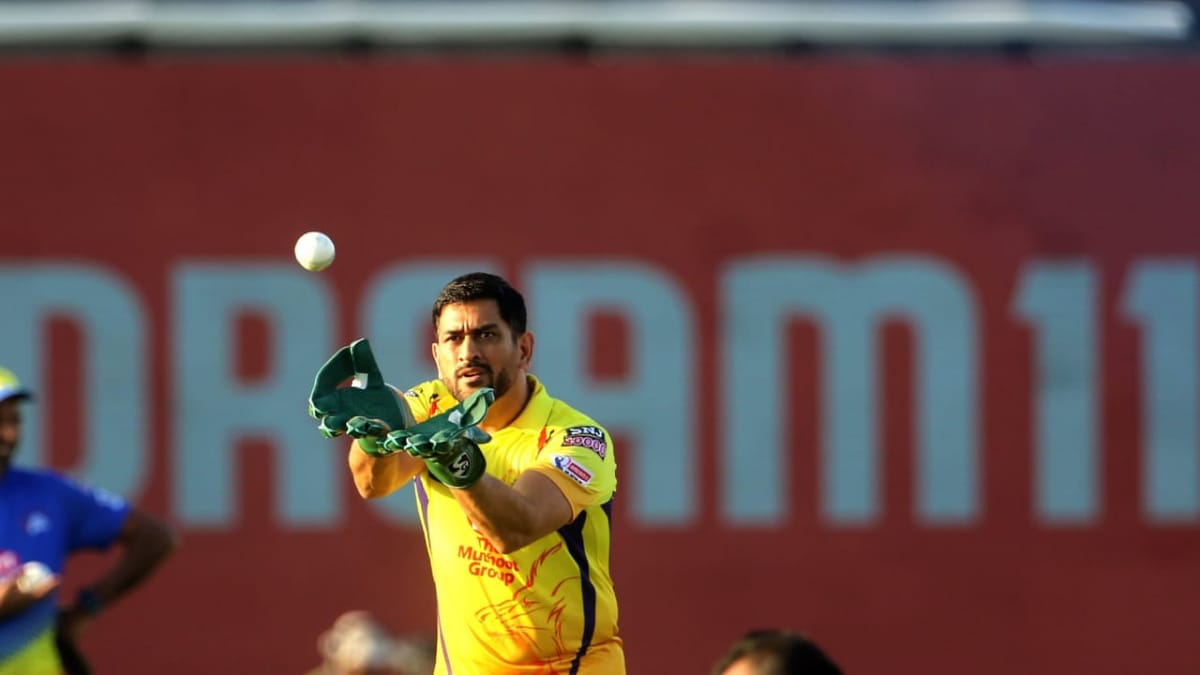 MS Dhoni once again leaves everyone stunned when he took a rebound catch in match 21 of Dream11 IPL 2020 between Chennai Super Kings and Kolkata Knight Riders at Abu Dhabi on Wednesday. This stunt of MS Dhoni has left the Twitter World in awe.

The 39-year-old is not leaving any stoned unturned to prove his critics wrong. His athleticism and reflexes are still as good as before.

In the final over of the match against KKR, MS Dhoni took a regulation catch to dismiss Shivam Mavi.

Bravo bowled a slower delivery that took the edge of Mavi’s bat and Dhoni dived full length to his right, juggled it on the first attempt, and then took the rebound with a sharp spring to his right.

With this catch, Dhoni also became the wicket-keeper with most catches in the IPL surpassing Dinesh Karthik.

This athleticism from Dhoni took twitter by storm and the former Indian captain is hailed for his catch.