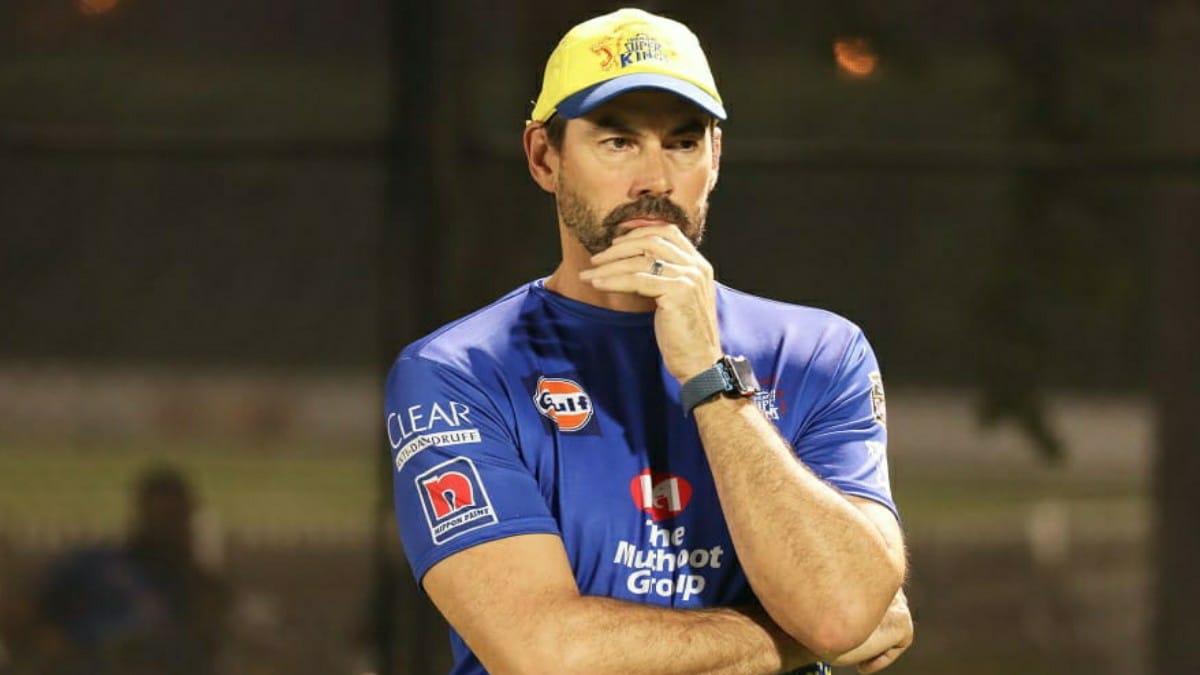 Chennai Super Kings failed to replicate their good show as they lost to Kolkata Knight Riders (KKR) by 10 runs. Problem with Chennai Super Kings (CSK) is their batting. However CSK head coach Stephen Fleming thinks that playing an extra batsman would not make any difference as they already have enough batters in their squad.

KKR set a target of 168 runs and MS Dhoni-led CSK was at 99-1 in the 12th over with Shane Watson and Ambati Raydu at the crease. Meanwhile, Rayudu was dismissed by Kamlesh Nagarkoti and from there on, KKR didn’t look back and choked the runs. Dinesh-led KKR defeated CSK by 10 runs.

We are good with six batsman: Fleming

“We have got a lot of batsmen anyway so I think the balance is pretty good with six batsmen, with Bravo at number eight, we are struggling to use him, I don’t think playing an extra batsman will help. You also have to look at the combination, Sam Curran and Dwayne Bravo were very good.”

“Our challenge is that our two all-rounders are going well, Watson and Faf are also going well, it’s very hard to fit an international bowler in the lineup. We are relying on the Indian bowlers with Shradul and Deepak, you have got Indian quality. It’s a pretty well-balanced side, but with the experience we have, we should have won the game against KKR,” said Fleming during the post-match press conference.

‘I think we feel disappointed that we let it slip’: Stephen Fleming

When Fleming asked what was the turning point in the match and where the match went wrong for CSK side, Fleming said, “Ideally you want one-two players who bat through the innings, if you give an opportunity to an IPL team, they have some quality overs to take it, Naraine’s over at the back end made it pretty difficult, if we could have had one batsman who scored 75+ and continue the partnership for the next four-five overs, the game might have been different.”

Kedar Jadav fails with the bat

Kedar Jadhav came in to bat at the sixth position and he scored 7 runs from 12 balls. The batsman was failed to score big for the team.

Commenting on why Jadhav was sent ahead of Bravo, Fleming said, “We have so much batting resource, Kedar is a middle to lat batter for India, we could have gone a lot of different ways, in the game against KKR, Kedar hit some balls but it didn’t work out. You always go back and put different batsmen in different areas and that’s when you have so much batting talent to choose from. At the time, we thought Jadhav could play the offspinner really well and also Jadeja to come in at the other end, but there was too much work to do and we were left short.”

KKR was bowled out for 167 runs while batting first. Rahul Tripathi contributed a huge score in KKR win as he played a knock of 81 runs. For CSK, Karn Sharma took two wickets and he returned with figures of 2-25 in his four overs.

“Karn has been waiting for a while for the opportunity. And he came in today, he was a bit unlucky but in the next three, he worked really hard and go us back in the game. If he can get some confidence from this, as the pitches get drier, we can use him in combination with Piyush and Jaddu. We might be able to operate with more spinners which we are used to,” Fleming surmised.