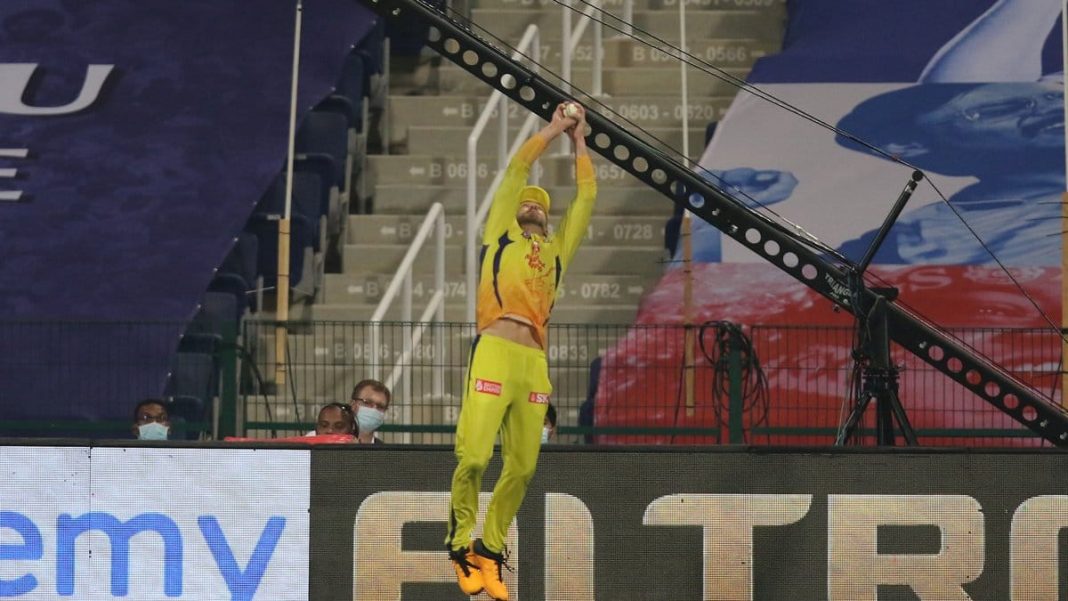 The former South African captain once again proved why he is one of the all-time great fielders. Although, he displayed his skills twice, picking two catches in the fifteenth over of the innings.

It all began in the first delivery of veteran bowler Ravindra Jadeja who was bowling to Saurabh Tiwary. The Jharkhand based batsman tried to slog sweep a length delivery but Du Plessis showed his extraordinary strength and took a one-handed catch, leading to Tiwary’s exit on 42 runs off 31 balls.

In the fifth delivery of the same over, Hardik Pandya tried repeating the same but nothing could not stop Du Plessis from taking a blinder.

This two dismissal helped the franchise to come back into the game after a sluggish start against Mumbai Indians. Mumbai Indians who were looking confident at the beginning could only summon 162/9 at the end.