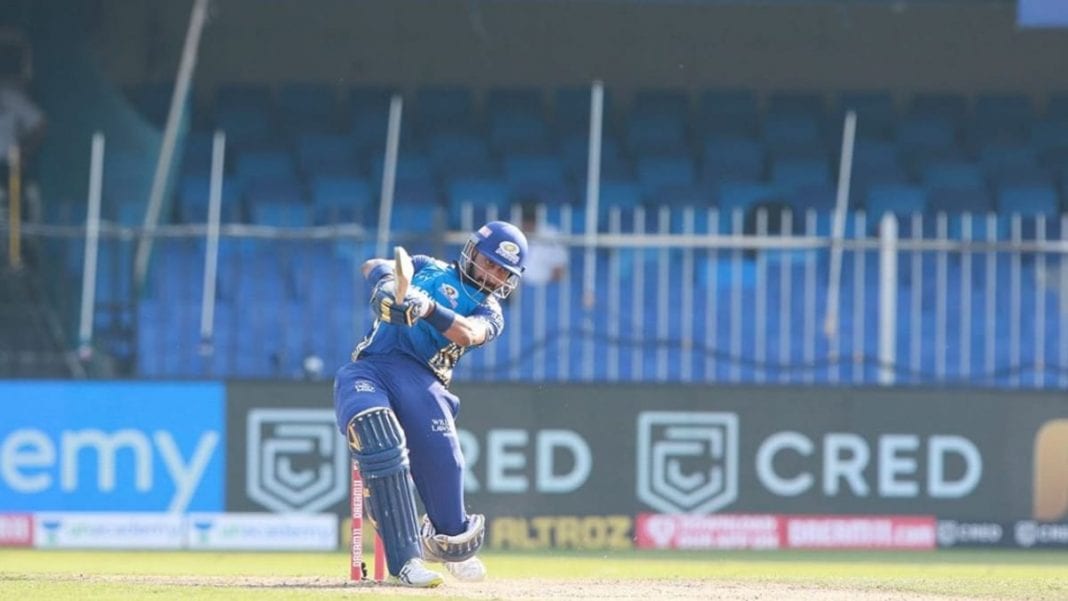 Former Indian cricketer Virender Sehwag has stated that Krunal Pandya’s blitz against Siddarth Kaul in the Indian Premier League match between Mumbai Indians (MI) and Sunrisers Hyderabad (SRH) showed why the SRH bowler wasn’t picked in the starting XI till yesterday. In yesterday’s match, Siddarth Kaul was brought in for Khaleel Ahmed in the SRH line-up.

Although Kaul picked up two wickets, he was very expensive in his 4-over spell as he went for 64 runs. The moment that stood out in his spell was the last four balls of the innings when MI’s Krunal Pandya who had just entered the crease hit Kaul for 20 runs taking MI’s total to 208. Despite captain David Warner’s half-century, SRH were unable to chase the target as they fell short by 34 runs.

In a video shared on his Facebook page, Virender Sehwag expressed his opinions on MI’s win over SRH. He said, “Quinton de Kock made the most of a gift (Pandey’s dropped catch) and started preparing MI’s rocket launcher. Then the scientist Pollard, Kung Fu Pandya and his brother Krunal launched the rocket and took the score beyond 200. Krunal reminded Siddarth Kaul why he was on the bench and may not play going forward”.