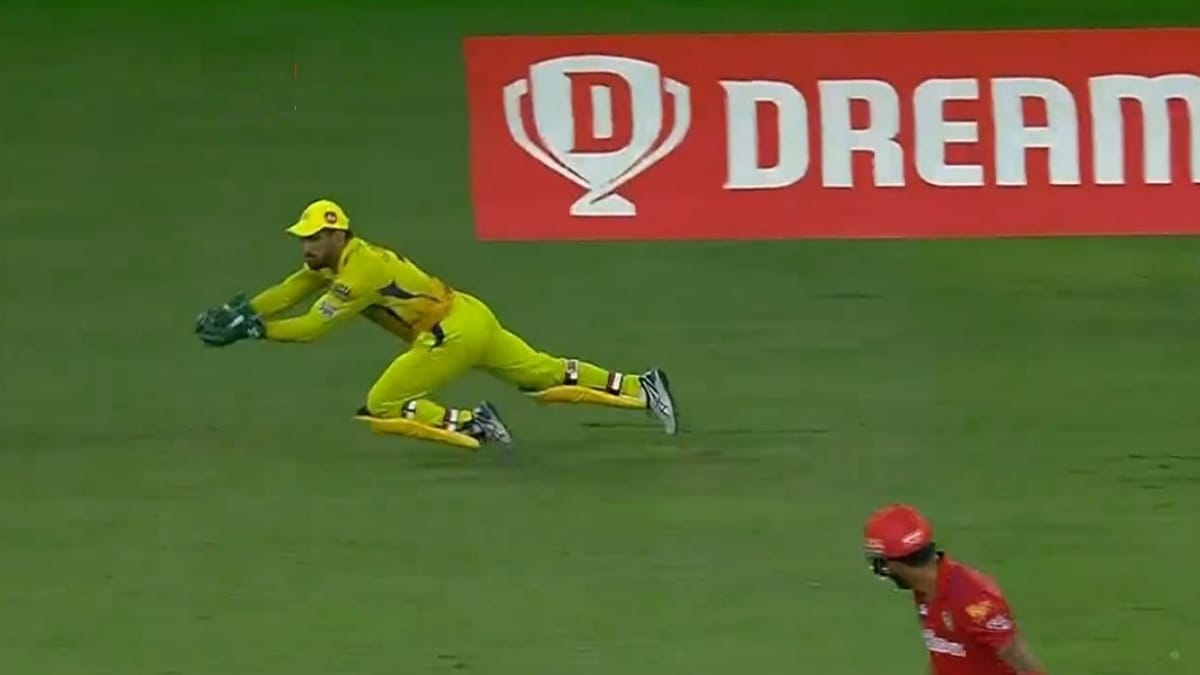 Dhoni, 39, reached the landmark by taking a brilliant catch in the 18th over. He jumped to his right when Shardul Thakur produced a wide delivery forcing an edge off KXIP skipper KL Rahul.

In the list of players who have bagged 100+ catches in the tournament, Dhoni joins Dinesh Karthik (103). Suresh Raina has more than hundred catches as a fielder.

Here is the video:

CSK finally won their second game in IPL 2020 after a hat-trick of defeats. Their openers Shane Watson and Faf du Plessis chase down 178 runs put by KXIP. While KXIP suffered their fourth loss of the season

KXIP had set set a target of 179 runs for CSK after winning the toss and electing to bat first. No bowler from KXIP could ask serious questions as CSK openers took the game away from them.

Watson and Faf started the chase swiftly with under 7 runs per-over in the powerplay. After the powerplay the well-set duo started playing freely and scored runs with ease against KXIP bowlers. Both the batsman played 53 balls and scored 11 boundaries in the innings. KXIP bowling unit had a game to forget as every bowler conceded more than 30 runs and remained wicketless.