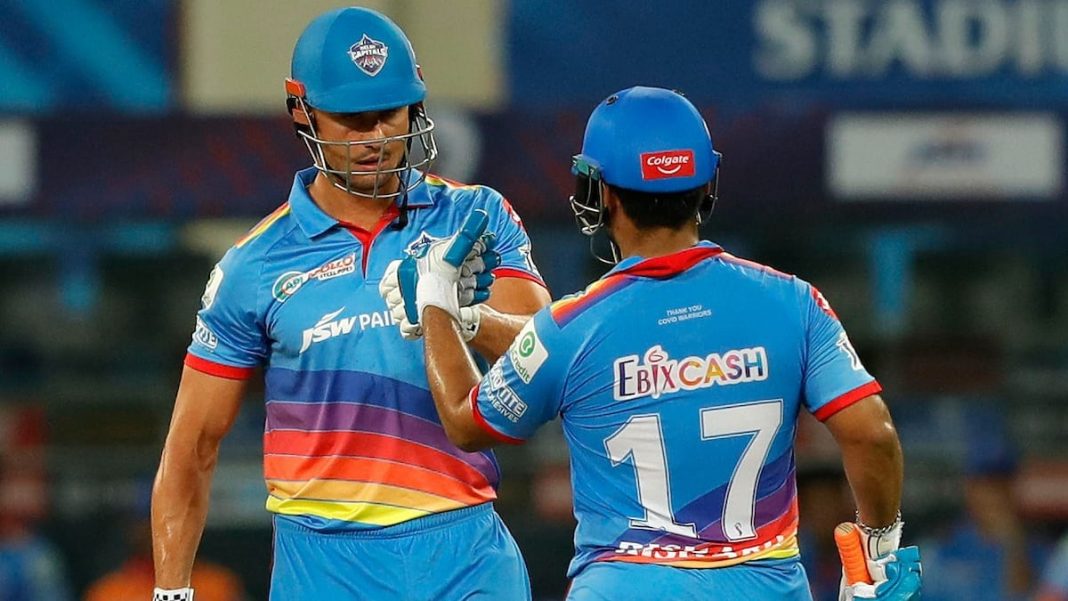 Virat Kohli led RCB won the toss and decided to field first. DC batsman made a fiery start with Dhawan and Shaw opening the batting. Marcus Stoinis fired up 53 runs in 26 balls and made a solid partnership with Rishabh Pant to take DC to 194/4 in 20 overs.

RCB batsman chasing 195 never looked in control and went on losing wickets at vital moments of the game. Devdutt Padikkal got out in the third over while Aaron Finch was out in the fourth over by Ashwin and Akshar respectively. Nortje dismissed Ab de Villiers cheaply for just 6 runs.

Kagiso Rabada turned out to be a star performer after picking up 4 wickets for 24 runs and picking up the most important wicket of RCB skipper Virat Kohli. Rabada also earned his deserved purple cap for IPL 2020 after picking up his 12th wicket in the tournament.

A complete batting performance by DC pile up 194 runs

Delhi Capitals run-scoring form continued as the top order made a ferocious start after RCB allowed DC to bat first. Prithvi Shaw and Shikhar Dhawan made 53 runs in the fifth over itself with both the batsman playing all kinds of shots. The partnership was finally broken by Siraj in the 7th  over after 63 runs. The dangerous-looking Shaw departed after scoring 42 in 23 balls smashing five boundaries and two sixes.

DC skipper Shreyas Iyer and Dhawan in the 10th and 12th over respectively. Rishabh Pant and Marcus Stoinis pair did the damage for RCB who went on to score 89 runs in 9 overs. Pant added 37 runs in 25 balls hitting 3 fours and w sixes. However, Stoinis was the standout performer who finished DC’s inning on a high.

The two top bowlers for RCB this season, Navdeep Saini and Yuzvendra Chahal did not complete the full quota of four overs. Siraj took 2/34 in four overs while Ali bowled two overs for 21 and picked a wicket. RCB also dropped vital catches in the game which cost them too many runs.

Delhi Capitals top the IPL 2020 points table with 8 points in five games winning four matches. Whereas RCB remain in the third spot with 3 wins and 2 losses in IPL 2020.