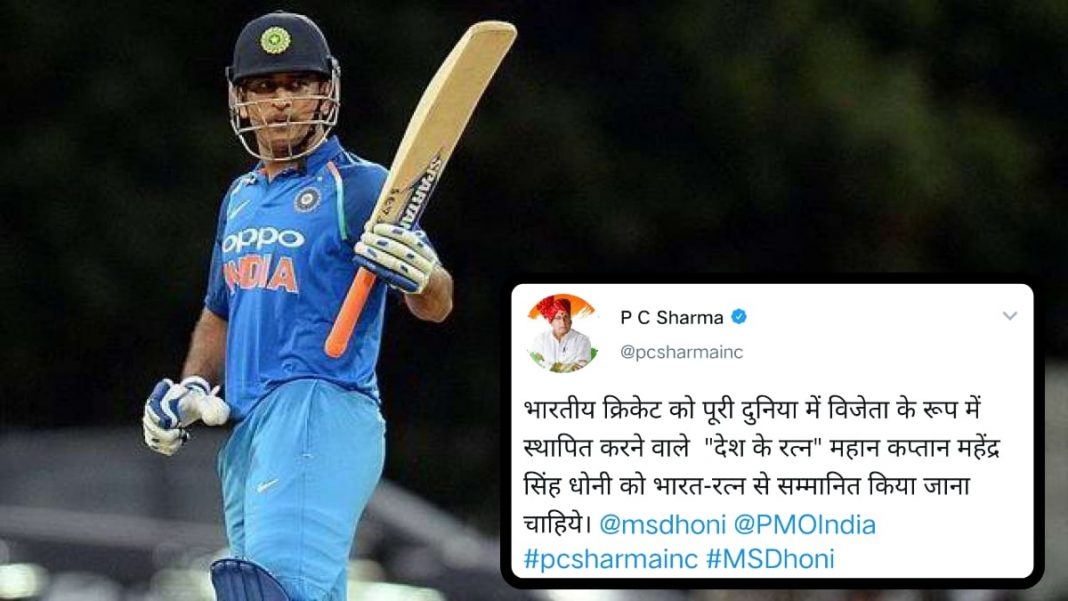 In the Indian cricket history, Sachin Tendulkar is the only one to be awarded the highly prestigious and the highest civilian award of the Indian Republic- ”Bharat Ratna”. However, people are demanding that the Bharat Ratna should be presented to one of the most successful captains in the world – Mahendra Singh Dhoni.

Dhoni is the only captain in the world to have won all three ICC Trophies. This includes the T20 World Cup in 2007, the ODI World Cup in 2011 and the Champions Trophy in 2013.

His tweet read, “The man who established Indian cricket as the world champion, the country’s gem – Mahendra Singh Dhoni, should be conferred with the Bharat Ratna.”

“Dhoni is the Bharat Ratna of sports. He has lifted the country’s name high in cricket. So he should be conferred with the highest civilian honour.” Outlook India reported the MLA as saying.

MS Dhoni has already been awarded with several prestigious awards includes the Rajiv Gandhi Khel Ratna award back in 2007. Then, two years later, in 2009, he even received the Padma Shri and in 2018, the 39-year-old was honored with the Padma Bhushan.