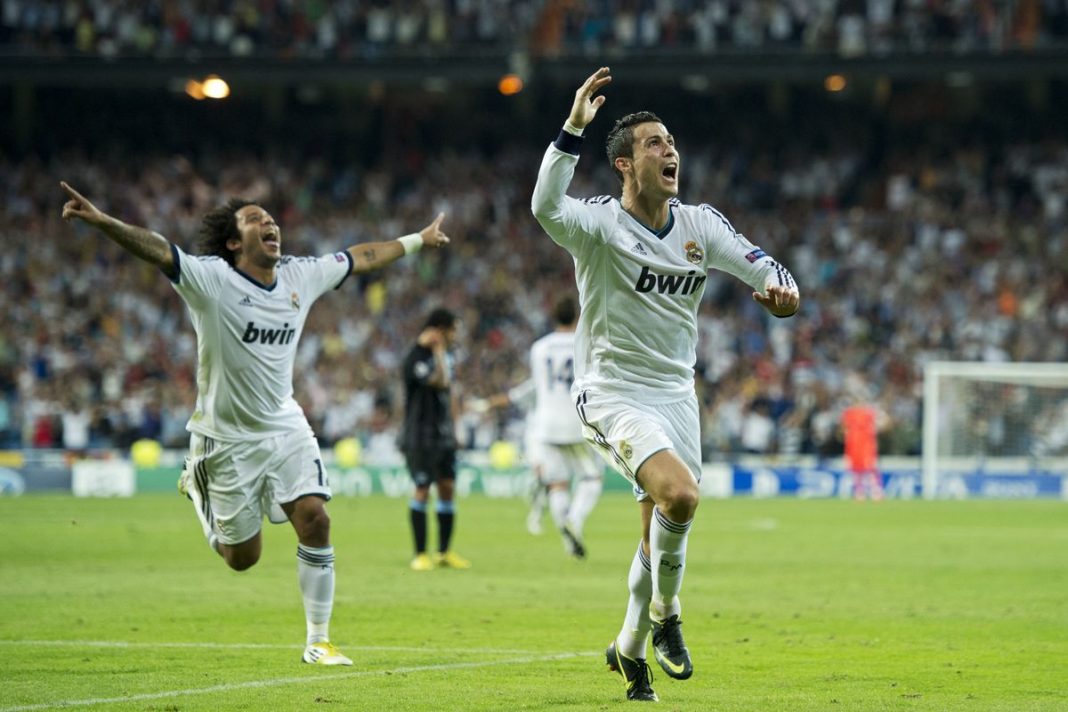 According to Emmanuel Adebayor Real Madrid could have defeated the current Manchester city side with Ronaldo’s help. Real Madrid trail 2-1 after the round of -16 clash with Manchester City. Madrid have been in stellar form since the resumption of football season after the Covid break. The Los Blancos clinched their 34th La-Liga title with ten match winning run.

Adebayor has played for both Real Madrid and Manchester City. Although he believes Zidane does have the players to make the difference. But he claimed that Ronaldo would have helped Real Madrid beat City with ease.

Adebayor on Ronaldo and Benzema

In an Interview with AS, Adebayor said, “If you had asked me that question two years ago, I would have said yes [Madrid can turn the tie around]. Madrid would have been favourites with Cristiano (against City). Back then, they had Cristiano, who is a goal machine. He can make the difference at any moment and he would give the team 50 goals a season.

“They lost the first leg at home and it’s going to be very difficult without the fans, against Manchester City, the city, the weather but it’s not impossible. Madrid have players with a lot of experience like Marcelo, [Karim] Benzema, [Thibaut] Courtois and they are used to playing in big games like this one,” added Adebayor.

On Ronaldo, Adebayor commented “Without Cristiano, Madrid know what they have lost. But maybe not what they could have won if he was still there. I think maybe they thought they would get another player like Ronaldo. But players like him only come along once every 200 years.”.

Adebayor also complimented Benzema by saying, “When Ronaldo left, he had to take up the responsibility and I think he’s done really well. He’s scored a lot of goals, important goals so he’ll be a danger, no doubt about it.”

Adebayor’s stay at Real Madrid was short and sweet. Despite getting less playing time he enjoyed every bit of his Madrid journey. As he said, “I love Mourinho, we had a great relationship and he was the one who brought me to Madrid, although it wasn’t easy for him to find a place for me in the side .The only trophy I have ever won was at Madrid with him. Now he’s at Tottenham and I wish him the best of luck. He is the best coach in the history of football.”.