Amanda Nunes lost her bantamweight title to number one contender Julianna Pena at the co-main event of UFC 269. “The Lioness” is undoubtedly the greatest female fighter to ever walk inside the octagon, and she has defeated every former bantamweight champion along with Valentina Shevchenko twice.

Nobody expected Pena to win this fight, but she overcame all odds and shocked the world to realize her dream of becoming the world champion. People expected an immediate rematch after this one, and former champ Amanda Nunes posted a photo of her from her Instagram account with this caption.

“You guys think I’m going to go out unbalanced, I undoubtedly accept the rematch. Give me a little time to get my sh**t together and I will be back better than ever.“

Amanda’s former opponent and former UFC bantamweight champion Cyborg took some shots at Nunes for asking for a rematch after tapping at UFC 269. She wrote, “I never quit in any fight I’ve ever been in and then asked for a rematch.”

Cyborg is Bellator women’s champion and she is certainly enjoying her time over there, she got knocked out by Nunes in their fight, but these two have never fought ever since. Now that “The Lioness” has lost her title it would be interesting to see what kind of changes she brings in her game, and her rematch against Pena would be an interesting one to watch. 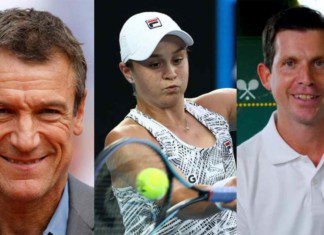