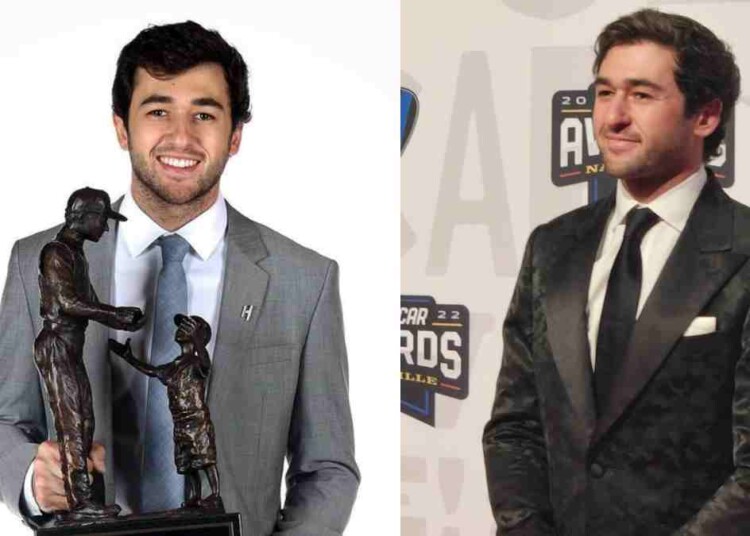 Chase Elliott is one of the most popular NASCAR drivers of the modern era. A consecutive four times Cup Series Most Popular Driver of the Year, Elliott has one of the highest merchandise sales in the sport. Born to stock racing legend Bill Elliott, Chase started his career aged 13, competing with enormous success in various series all over the country.

Related: Kyle Larson’s Net Worth, Endorsements and NASCAR Salary, and much more

The 2020 cup series champion is widely reported to have a net worth of around $12 million. Most of his earnings have come from his salary and winnings, while he is reported to have earned around $2 million from endorsements.

The 27-year-old has accomplished a lot in his career. He won the 2020 Cup series title hence joining the illustrious club of father-son duos who have won titles in the cup series along with Ned and Dale Jarret and Lee and Richard Petty. Elliott has won 18 Cup series races, 5 Xfinity Series races, and three truck series races.

Chase Elliott has multiple endorsement deals with his primary sponsors and other personal sponsors. His major deal is with the Restaurant Chain hooters, and he promotes the brand regularly.

Does Chase Elliott have Charity?

Elliott runs the ‘Chase Elliott Foundation, ’ which is dedicated to providing charities with financial support and helping others live healthier and happier lives. The Chase Elliott foundation has raised more than $160,000 in the four years since its inception. In autumn 2022, the foundation auctioned Elliott’s race-worn uniform with proceeds helping the Aflac Cancer and Blood disorders center for children.

NAPA auto parts have recently signed a new multi-year deal with Elliott’s team, Hendrick Motorsports, to continue sponsoring them in the 2023 season. His personal sponsors include Hooters, Chevrolet, Bosch, Mountain Dew, and Siemens.

Not a lot is known about Elliott’s asset collection. However, it has been reported that, unlike his fellow cup series drivers, Elliot is not a fan of spending big on road cars and reportedly owns a Chevrolet Silverado and a 2020 Chevrolet Camaro.

Elliott’s current teammates at Hendrick motorsport include Alex Bowman, William Byron, and Kyle Larson. Bowman drives the No:48 car while Byron piolet the No:24 and Larson the No:5 Chevy Camaro ZL1.

What is Chase Elliott’s net worth?

Chase Elliott’s net worth is $12 million.

Which team does Chase Elliott race for?

Who is Chase Elliott’s Girlfriend?

How old is Chase Elliot?