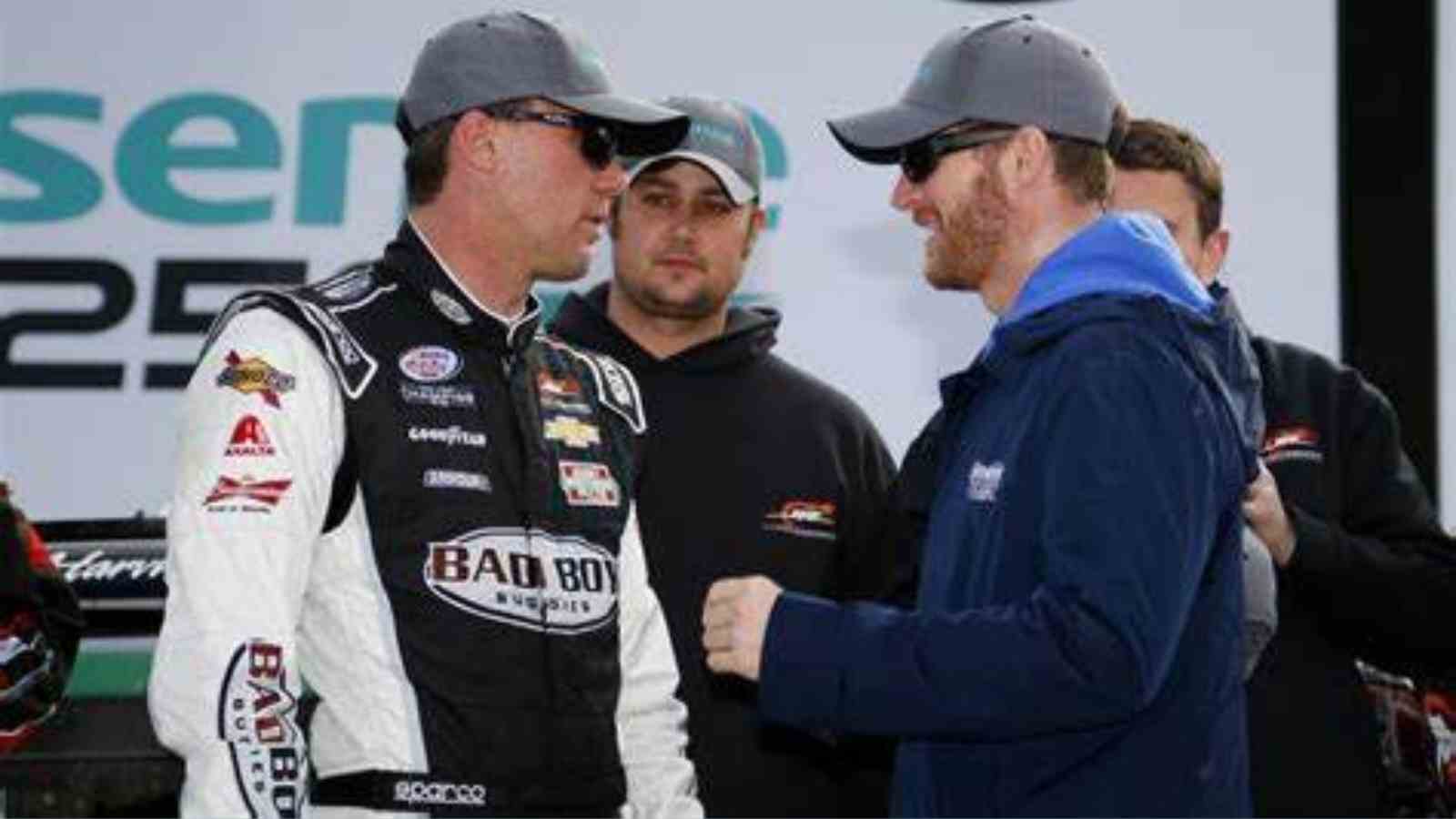 Kevin Harvick, the oldest active full-time cup driver on the grid, is one of the few NASCAR drivers who aren’t afraid to voice their concerns and opinions, how unpopular those might be. The veteran has been at the forefront this season, leading the  discussion on drivers’ safety in the Next-Gen cars.

The 2014 cup series champion has also been vocal about the concern of NASCAR losing its fanbase and the lack of sustainable growth in the sport. In 2018 when the series’ Business numbers were going down, Harvick offered his take on why it was happening. It will be an understatement to say that his opinion was unpopular.

He accused Dale Earnhardt Jr.’s popularity, who was in his retirement year, prompting the stunted growth of NASCAR.  He pointed out that Dale Jr., the 14-time cup series most popular driver, has the following none of the drivers on the grid has but has never been a top contender.

“I believe that Dale Jr. has had a big part in stunting the growth of NASCAR because he’s got these legions of fans and this huge outreach of being able to reach these places that none of us have the possibility to reach,” Kevin Harvick said.

“But he’s won nine races in 10 years at Hendrick Motorsports and hasn’t been able to reach outside of that. So, I know that those aren’t the most popular comments, but those are real-life facts that you look up and see on the stat sheet,” Kevin Harvick added.

Kevin Harvick pointed out that Dale Jr. has never come close to being a successful driver in NASCAR. He then compared that with other sports where the most famous athlete is often the most successful.

“It’s really confusing to me. In my opinion, Jimmie Johnson should be our most popular guy because he’s won seven championships. You look at the souvenir sheet every week and he’s (ranked) three, four, five coming off a championship year of what he sells in souvenirs. That part to me is a little bit confusing,” Kevin Harvick explained.

Also read: Who is the Greatest Driver not to Win the Daytona 500?