Richard Petty made his Trans Am Series debut in 1966 and scored a P8 finish. 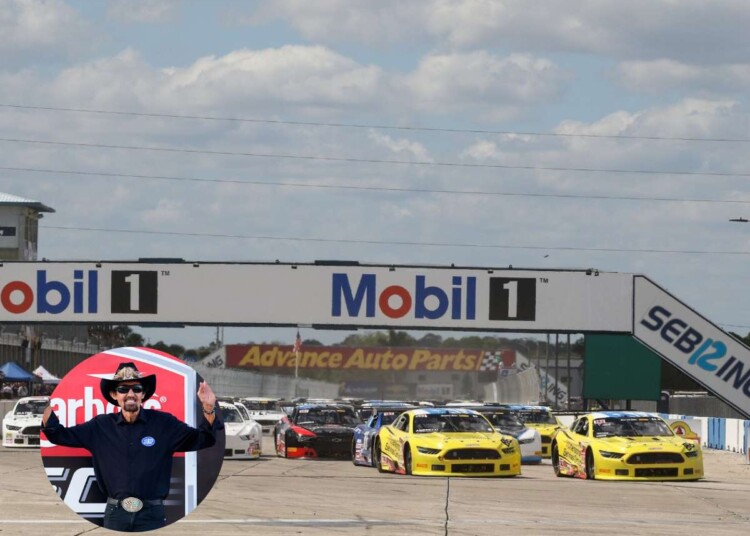 NASCAR legend Richard Petty will serve as the grand marshal of the 2023 season opener of the SCCA-sanctioned Trans Am Series season opener. The asphalt track event will be hosted at the Sebring International Raceway. It is a TA2 class race sponsored by Big Machine Vodka Spiked Coolers.

King Petty previously raced in the series in his iconic No:43 Plymouth Barracuda at the Virginia International Speedway in 1966. He failed to score a win in the series while he dominated the Cup series. The 2023 season of the series holds big significance for the Petty family as Thad Moffitt, the 4th generation racer from the family, will make his debut in the series driving the No:43 car.

Petty is honored to be the grand marshal for the iconic series and the event which marks his grandson’s debut. He said, “It will be an honor to serve as the grand marshal for the Trans Am Series at Sebring, especially being a part of Thad’s first start in the series. It will be special for our family to see the No. 43 on the track in such a competitive road racing series,”.

Trans Am Series is excited and thrilled to have Petty as the dignitary. Trans-Am president John Clagett said,  “We are very excited to have Richard Petty as grand marshal for our opening weekend at Sebring International Raceway. Richard is a part of this series’ very beginnings, and we’re thrilled to make him a race dignitary,”.

“We are also really looking forward to having another member of the Petty family driving in Trans Am. Thad has a lot of promise, and young, talented drivers like him are a key part of the Big Machine Vodka Spiked Coolers TA2 class’s explosive growth in recent years,” John Clagett added.

Learn more: Kurt Busch gives an update on his Cup return and has plans to race in an unpopular track

Richard Petty is proud to see Moffitt driving the No:43 on track

Petty is proud to see his grandson in the series and believes it’s a competitive series for him to learn road racing and potentially expand the family’s racing legacy. He said, “I am so proud that Thad will run in the Trans Am Series next year. I think it is a wonderful opportunity for him to drive in such a competitive series and learn road racing,”.

The debut is more special to Petty as he gets to see his family member behind the wheels of the No:43 car. He said, “I love that we’re able to bring the No. 43 to Trans Am, and it will be so special to see a member of our family race that Petty blue Camaro. I appreciate Safety-Kleen for helping make this possible through our continued partnership,”.

Thad Moffitt is as excited as Petty for the debut. He said, “I can’t wait to join the Trans Am Series in 2023. The TA2 class is one of the most competitive places to race in all of the motorsports, and it will be great to have a chance to race against the huge fields that include champions like Rafa Matos, Mike Skeen, and Thomas Merrill. The series races at some of the most historic tracks in the country, with high-profile events like the Music City Grand Prix and Detroit Grand Prix; I am so grateful to have this opportunity,”.