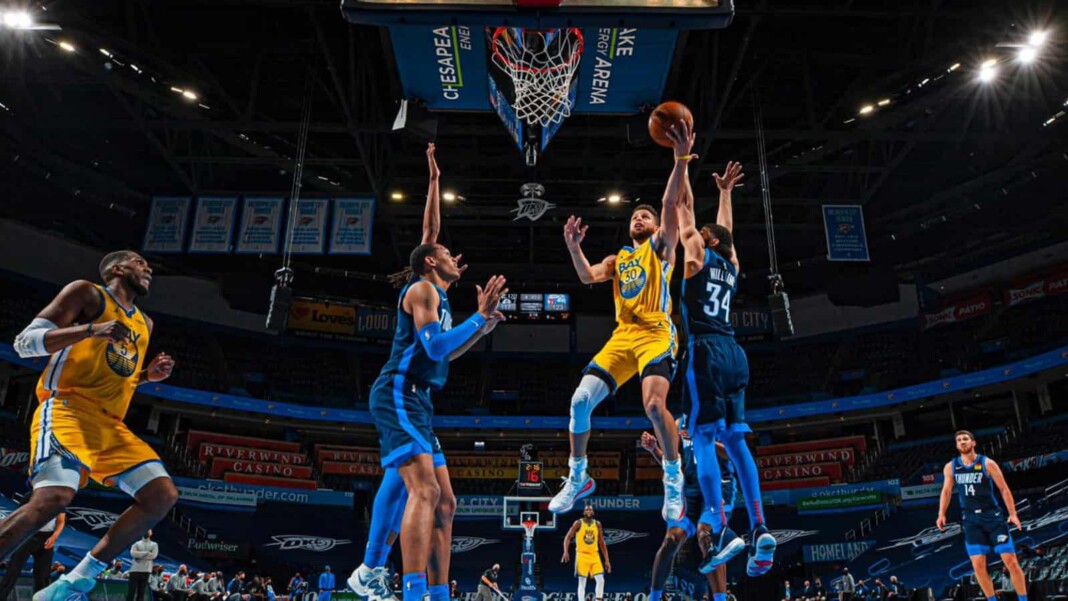 Note down the Golden State Warriors vs Oklahoma City Thunder Live Stream and enjoy the match live. The Warriors are surfing on their victory wave. They have an amazing Preseason record of 5 wins and no loss and they have continued to remain undefeated in three of their regular-season games. This is the opposite of Thunders’ situation right now. They remain winless.

The Golden State Warriors will be traveling to Oklahoma to compete with the Oklahoma City Thunder at the Paycom Center. The Warriors have assembled an amazing roster and with the help of Stephen Curry, they have remained unbeaten. In their last match against the Sacramento Kings, Stephen Curry dropped 27 points with 10 assists and 7 rebounds in his 35 minutes game.

Stephen Curry’s 45 point game against the Los Angeles Clippers was a state the Warriors are back on the track. Klay Thompson is also ready to return this season. The fans are just too excited to watch Klay Thompson play after 2 seasons break due to the Achilles tendon.

The Thunder have had a different story than the Warriors or maybe a 180-degree difference. The Oklahoma City Thunder had a record of 1-3 in their preseason. And, that didn’t stop there. The bad luck seems to be following them into this regular season as well. They have a stat of 0-3 till now. In their last match against the Philadelphia 76ers, they lost by 103-115. Shai Gilgeous-Alexander and Josh Giddey scored 29 and 19 points respectively.

For the Golden State Warriors, the injury report has:

For the Oklahoma City Thunder, the injury report has:

The predicted lineup for the Golden State Warriors is:

The predicted lineup for the Oklahoma City Thunder is:

The match between the Warriors and Thunder will be live-streamed on October 27th at 5:30 AM (IST).

Oklahoma City will host the match at the Paycom Centre.

The timings for the Golden State Warriors vs Oklahoma City Thunder Live Stream are :

Golden States Warriors vs Oklahoma City Thunder Live Stream could be watched on  NBC Sports Bay Area and Bally Sports Oklahoma. It can also be watched on NBA League Pass or the broadcasting channels mentioned below.

The State Warriors without any doubt will dominate the match. Stephen Curry is the ultimate offensive weapon a team could ask for. His skills are just not amazing but fully executed from the beginning till the ball hits the rim. The Golden State Warriors are one of the most offensively dominating teams in the league and were played 2nd on the power ranking of teams for this weak with their 3-0 record.