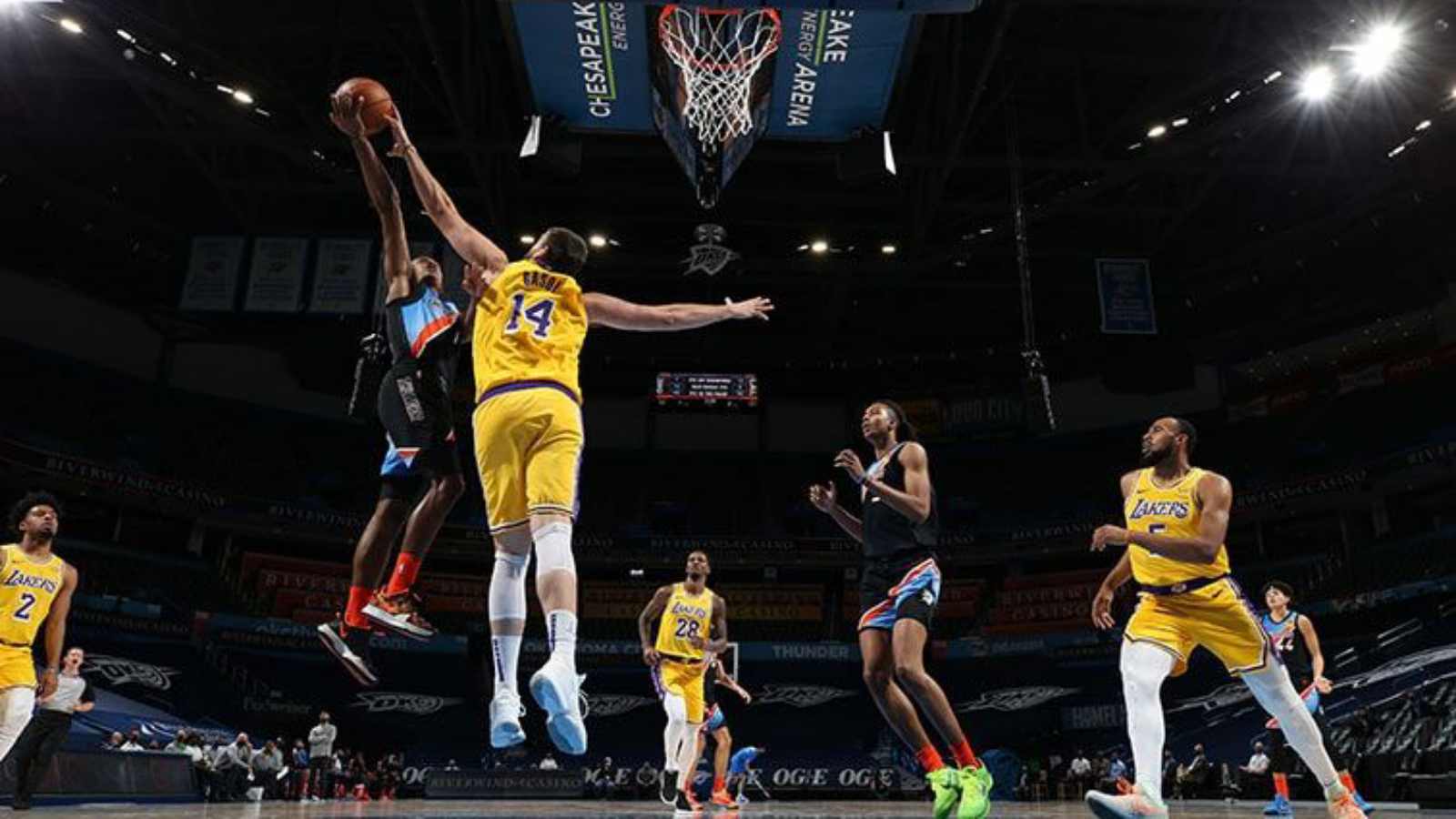 Read about LA Lakers vs Oklahoma City Thunder Live stream and Prediction. The LA Lakers after an uneventful Preseason has finally started to groove in. They have had two losses consecutively at the beginning of the season but now they may have a change in direction. The City Thunder are still hunting for their first win.

The LA Lakers with their win against the Spurs today have balanced their Table score at 2-2 now. They beat the Spurs with 125-121; a difference of just 4 points. The LA Lakers are called the Hotshot of this season but the performance they have put so far has left the audience unimpressed. Due to LeBron James’ injury, he was made to sit out against the Spurs but that didn’t stop him from coaching the team from the sidelines.

Anthony Davis has been performing well since the season begins. He dropped 35 points with 17 rebounds and 4 assists against the San Antonio Spurs. The happy news for the fans is that Russell Westbrook is finally coming out of his “slump Phase”. He scored 33 points with 10 rebounds and 8 assists. Malik Monk, this year’s new addition to the lakers scored 17 points.

The Lakers assembled a fresh roster this season, so a lack of coordination and team communication was very evident on the court. But now their collective performativity as a team is finally getting more polished.

The Thunder have no major injuries on their team, unlike the Lakers whose star players are in a tricky situation. The Thunder are fresh out of their defeat against the Golden State Warriors and the 4th straight defeat in this season. Oklahoma City Thunder has yet to taste victory this season and they are already put against the top contenders of this year’s Championship.

The injury report for the LA Lakers has:

The Injury report of Oklahoma City Thunder has:

The predicted lineup for LA Lakers is:

The Predicted Line up for the Oklahoma City Thunder is:

The Match will be played at the Paycom Centre, Salt Lake City, Oklahoma at 5:50 Am (IST).

What are the timings of the match?

The fans can refer to the timetable as per their time zones to watch LA Lakers vs Oklahoma City Thunder Live stream.

Where to watch the Live stream?

You can watch the match on Bally Sports Oklahoma. The fans can also watch the LA Lakers vs Oklahoma City Thunder Live stream on NBA League Pass. The other global channels are mentioned below.

The LA Lakers are finally getting their form back slowly even though their star player Lebron James is absent due to an injury. The LA Lakers are an established team with a star-studded roster whereas the Thunders are young and inexperienced. The Thunders will find it hard to dominate a team like the Lakers and that too with star players like Russel Westbrook, DeAndre Jordan, Malik Monk, etc.

“He had been crying,” Toni Nadal spills the beans on Rafael Nadal’s pre-match nervousness in Netflix’s BreakPoint

“Very curious to see where that goes,” Drew McIntyre reveals his future goals in WWE

Jalen Hurts House: Have a glance at the Eagles QB’s humble abode