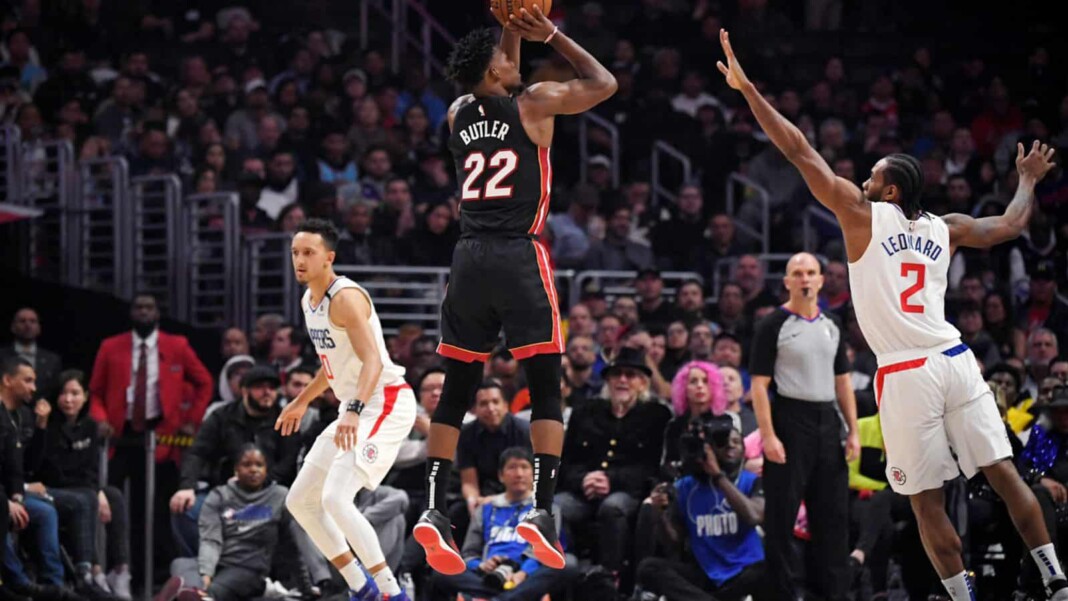 The Miami Heat have had quite a lot happening in their previous game with the Denver Nuggets. Nuggets’ star player Nikola Jokic and Heat’s Markieff Morris engaged into a small fed on the court with led to Nikola Jokic’s direct ejection from the game and a suspension of one game without pay. And, Markieff Morris was fined for his blunt flagrant foul on Jokic which led to Jokic’s retaliation against him.

Heat’s Jimmy Butler didn’t seem to quite like this exchange between both the players on the court and in his teammate’s defense was seen uttering a lot. He was also fined $30,000 for attempting to escalate the altercation between Jokic and Morris.

The Nuggets won the match by 113-96 against the Heats. Jimmy Butler scored 31 points, 5 rebounds, and 8 assists for the Heat.

Miami Heat Head coach Erik Spoelstra is strategatically moving the team’s rotation, and some unwanted happenings wouldn’t restrict him from extracting the best out of the roster.

The injury report for the Miami Heat:

The injury report for the LA Clippers:

The predicted Line-up for the Miami Heat is:

The predicted Line-up for the LA Clippers is:

The Fans can either tune in to watch locally on Bally Sports SoCal and Bally Sports Sun or can use NBA League Pass to also watch it live. The other global channels which will telecast the Miami Heat vs LA Clippers are:

The Miami Heat is leading the Eastern Conference, and are potential tile holders for this season. They are very consistent in what they do and every efficient in the execution of their team play. The Clippers would definitely have to have Paul George score big numbers or they might miss out on the match. Both the teams have been very impressive so far, therefore, the match is gonna be a hard-fought one. The fans are surely excited to witness this enticing clash of East and West.

Also read: Lakers’ Dwight Howard opinionates upon why he didn’t make the NBA…