“They mortgaged everything,” Bill Simmons asserts how LA Lakers are only facing the consequences of giving up on their young core only to acquire Anthony Davis 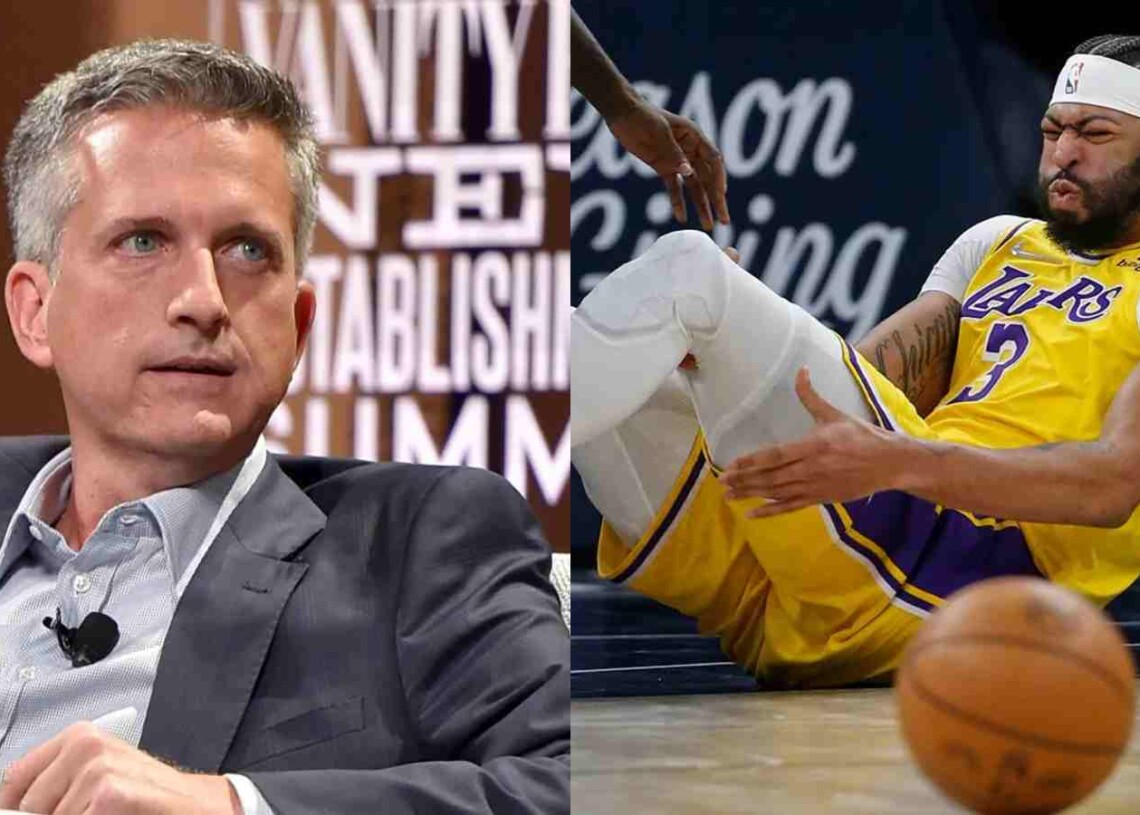 Anthony Davis‘ trade in 2019 to the Los Angeles Lakers was one of the biggest blockbuster trades of the off-season. After missing the playoffs in his first year as a Laker, LeBron James and the team front office pushed for a trade to give James a better shot at the championship. Eventually, they won their championship in 2020, that too in the first year of Davis in LA. However, the long-term effect of the trade has become obvious to the NBA community.

Bill Simmons, the NBA analyst thinks that the Lakers should have thought it through before letting go of the young talent, who had too much potential. In a podcast on SiriusXM NBA Radio, Simmons said that the Lakers gave away 8 years of valuable assets in that trade. “I don’t feel bad for them. They mortgaged everything they had to trade for Anthony Davis to try to win the title, and they won the title,” Simmons said. “The trade accomplished what they wanted to, but they also gave away eight years of assets.”

Simmons also added that it is not a surprise that the Lakers are struggling right now. “When you trade eight years of assets for one guy, you can’t be then surprised in 2023 that your team’s not good anymore,” Simmons said. “This is the risk of trading eight years of draft… guys like Brandon Ingram. They traded all that stuff,” he added.

The Anthony Davis trade between New Orleans Pelicans and the Lakers involved Lonzo Ball, Brandon Ingram, Josh Hart, and three first-round picks. The first-round pick also involved the No. 4 overall in the 2019 Draft. A healthy Lonzo Ball is perhaps the best point guard at this age, Brandon Ingram has gone on to become a certified scorer for the Pelicans. The Lakers had a good three-point shooter in Josh Hart.

Also Read: Dirk Nowitzki believes he’ll soon run out of arguments for Michael Jordan in the GOAT debate once LeBron James gets the All-Time scoring record

How far the Lakers can go without Anthony Davis this season

Davis is perhaps the best asset on the Lakers roster, knowing that LeBron James is 38 and in his 20th season. Davis’s impact on the game is spread all across the scoreboard. He can singlehandedly take on the best defense in the league, he can rebound like a beast, and he defends like the best in the league.

Before going out with the foot injury against the Denver Nuggets, Davis was averaging 29.8 points, 13.1 rebounds, and 2.2 blocks in his last 16 games. That is the kind of impact Davis has on a team. He was the primary reason for the Lakers’ revival in the season and had Davis not gotten injured, they legitimately had a chance to make it under the top 8 in the season.

If one had to sum up the impact of Anthony Davis on the Lakers’ record, they are not going anywhere without him, Period! Not even one player on the roster except James can even match the half of the impact AD has on their games. As long as Davis is out, the Lakers will continue to struggle in winning games. The best they can do is to win games against the weaker teams to keep the ship afloat until the Brow returns.