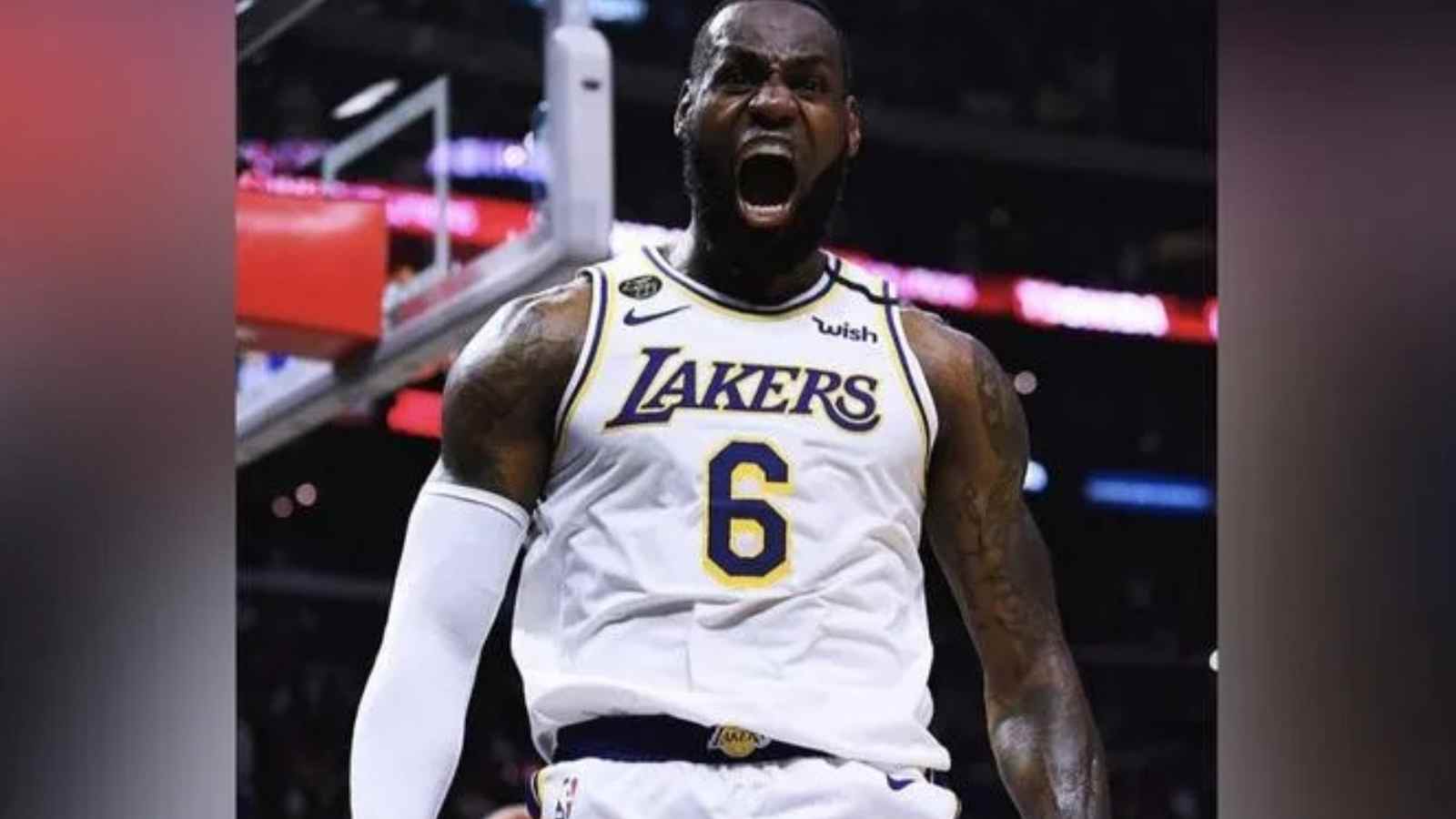 LeBron James and the Los Angeles Lakers might be back for a revenge season, again! As far-fetched and bogus as it might sound the Lakers are on the tear right now and Anthony Davis is being the Big Bad Man in the NBA. There is one thing that has always remained common between LeBron and the Lakers; both their fans are everywhere and in every building.

The game between the Wizards and the Lakers was not only a statement game by Davis but perhaps also LeBron James, as the King was back in actiong. During the game against the Wizards, Davis was so dominant that the arena started to shout MVP chants for him, on-the-road games! That is a testament to the big man’s dominance.

In the 4th quarter, LeBron James made a huge dunk after the pass from Davis. The fans went crazy in the Capital One Arena as the 4x NBA Champion made the dunk. The sight of being cheered on a road game is only possible for a Laker player or Lebron himself. No matter where the game is, or how the Lakers are playing, Lakers faithful always show up. A number of Laker fans were seen in the stand wearing James jerseys.

This is the Lakers’ new look the since the end of the 1st quarter of the season and LeBron perfectly put it in perspective. “We never tipped over the glass when things weren’t going well. We just continued to work. Continued to get better. Understood that we’re a new team being put together. New coaching staff, new system. We had to figure out some things. We haven’t done anything. We want to continue to work,” James said in the postgame interview.

LeBron James brings fans to their feet with his monstrous dunk

Despite about to turn 38 this December James, the basketball savant that he is, never ceases to amaze his fans with his IQ or his athleticism. It was on full display in the 4th quarter against Washington. With 2.51 remaining on the game clock in the 4th quarter, LeBron received a long pass across the half court by Davis after Daniel Gifford made an insane dunk on a lob pass. James received the ball and with just two dribbles from the half-court hammered the ball into the basket for a monster dunk. This dunk had not just the Lakers’ supporters but also the Wizards’ fans cheering for him.

Bron really shifted the energy of the Arena and Wizards’ fans were riding with him even though Gifford also had a monstrous dunk. Reacting to the dunk, one of the fans wrote “they cheer LeBron louder than their own players, lmao.” Another wrote, “Fans cheering for Bron like he plays for the wizards.” Here are some comments from fans;

Anthony Davis scored 55 points, only 4- points shy of his career-high 59 points against the Pistons in 2016. He made 22 of his 30 shots from the field and also grabbed 17 rebounds along with 3 blocks. He also shot 2 of 3 from the three-point line and made all nine of his free throws in the game. He has been averaging 35.3 in his last 9 games. After having a dominant night against Milwaukee Bucks with 44 points, Davis tore up the Wizards tonight. After the game, Davis seemed to be very clear in his mentality. He said, “coming off a huge win in Milwaukee, can’t get complacent, get comfortable.”

In the Lakers’ 4th straight road win, LeBron ended the game with 29 points. In their last 10 games, the Lakers are 8-2 in their record. Lakers face Bron’s former team Cleveland Cavaliers in the next game and perhaps now, the Lakers are ready. Since it is a game in Cleveland, there is a higher chance that the King himself might have a night reserved in his bag.