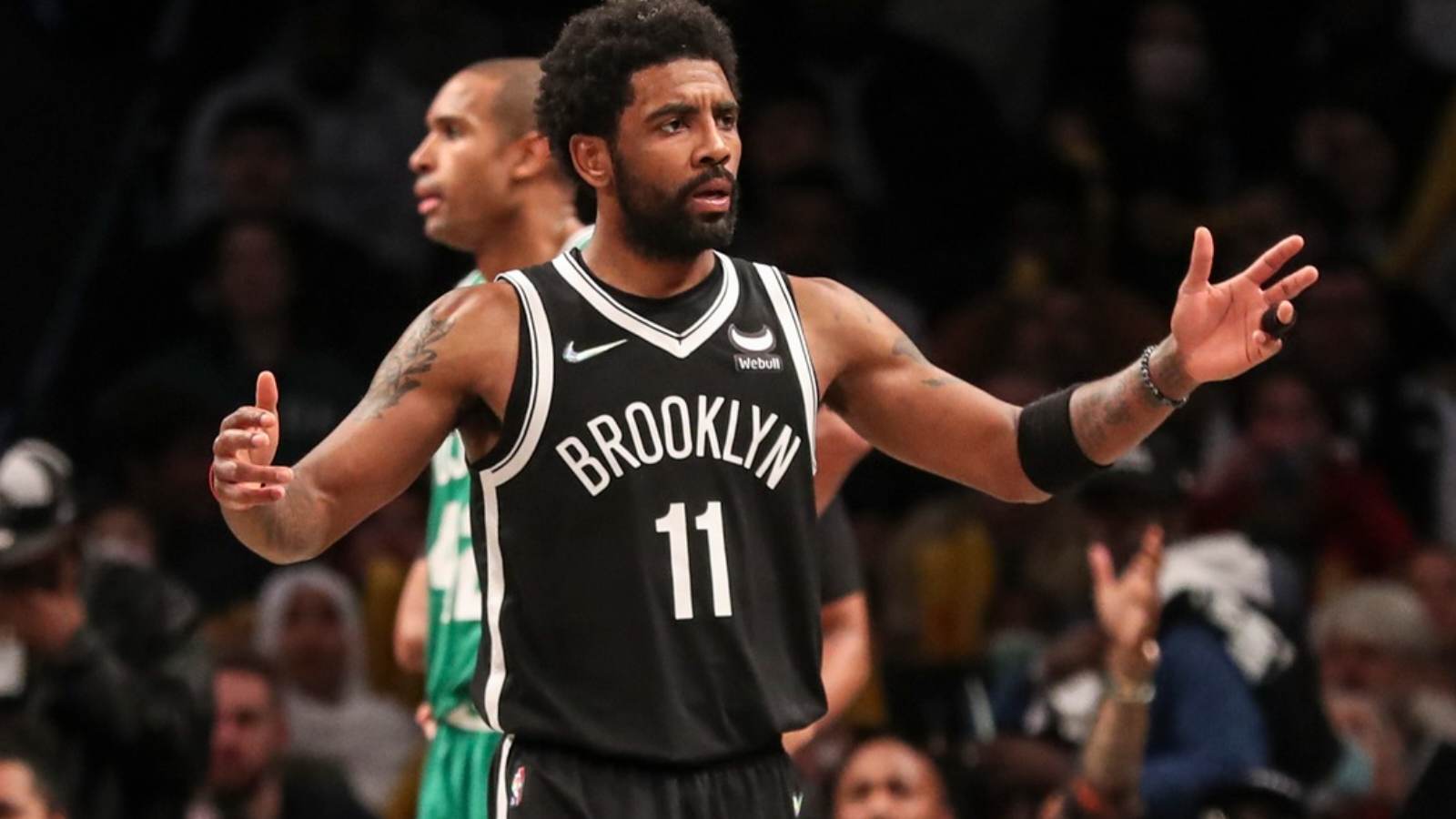 Kyrie Irving can’t get a breather and surely not with the offseason in its full venom. Since his decision to leave Boston Celtics and join KD at the Brooklyn Nets, the star guard has mostly received criticism after criticism. His skills with the ball, shooting, and offensive IQ was given secondary, rather 3rd priority sometimes while discussing about him. He was even not given an extension by the franchise as they considered his attitude and some questionable decisions to impact the team negatively. So, when he shared a video of his idol Kobe Bryant also praising his shooting prowess, a fan accused him of hyping himself. Though the fan mention that he would have done the same, Kyrie didn’t like the remark and hit back at the fan.

He replied that he has no need to gas himself up and also added that he is not even close to being done with the game.”I don’t ever have to Gas myself up. I am going on my 12th year in the best league in the world and I am only getting better. When I am 38 years old and have time to reflect on my career truly, I will do so, but until then, I am enjoying every moment.”

Then he followed up with a second tweet, explaining his plans at age of 38. “And no I won’t be done playing basketball at 38 years old lol, I’ll be in leagues all over the world playing and teaching the youth all that was taught to me.”

Irving states he is enjoying every moment. While keeping his word about teaching the youth, he has been at basketball camps to help out kids this offseason. Also, we have already seen Kyrie sharing his tips with other NBA stars too.

Former number 1 overall pick in the 2011 draft Kyrie Irvine was undoubtedly a megastar from the day he set foot on the floor. The winner of the Rookie of the season award, and 2016 champion had everything going right for him, but since leaving the Cavs he faced a bit of criticism. While playing for the Nets, the denunciation just intensified.

Also Read: “Give the man the credit he deserves” Charles Barkley reckons Bob Myers is the second best thing that happened to the Warriors

He played just 103 games for the franchise, and that too without any serious injury. Then his attitude towards his teammates and the back-office staff was also not helpful in uplifting his image to fans. And when the Nets crashed out of the 2022 playoffs in 1st round, people even started doubting his capabilities on the court and asked for his departure.

For all rumors around him and his flaws off the court, Kyrie Irving is one of the most gifted ball-handlers the NBA has ever seen. NBA Legend Kobe Bryant also praised the young guard, while he was at the Celtics. A magician with the ball in his hands, Kyrie’s ability to break down the defense off the dribble is a sight to behold. So, when an NBA fan praised his off-hand dribbling.

7-time All-Star is currently with the Nets at least for a season and is also in the trade discussions with Los Angeles Lakers at the same time. While his future in 2023 is uncertain at the moment, he must deliver his best to quiet the doubters, haters, and Critics.

Also Read: “Jazz are right in trading him” Donovan Mitchell gets hilariously clowned by peers for Hoop Bus bricks

Also Read:  “Got these genes from Shaq” Shaunie O’Neal was left disappointed when their 13-year-old son brought 5-6 dancers home