“He the best shooter in the building” Lakers fan makes an absurd half-court shot for $75,000 sending fans on Twitter into a frenzy 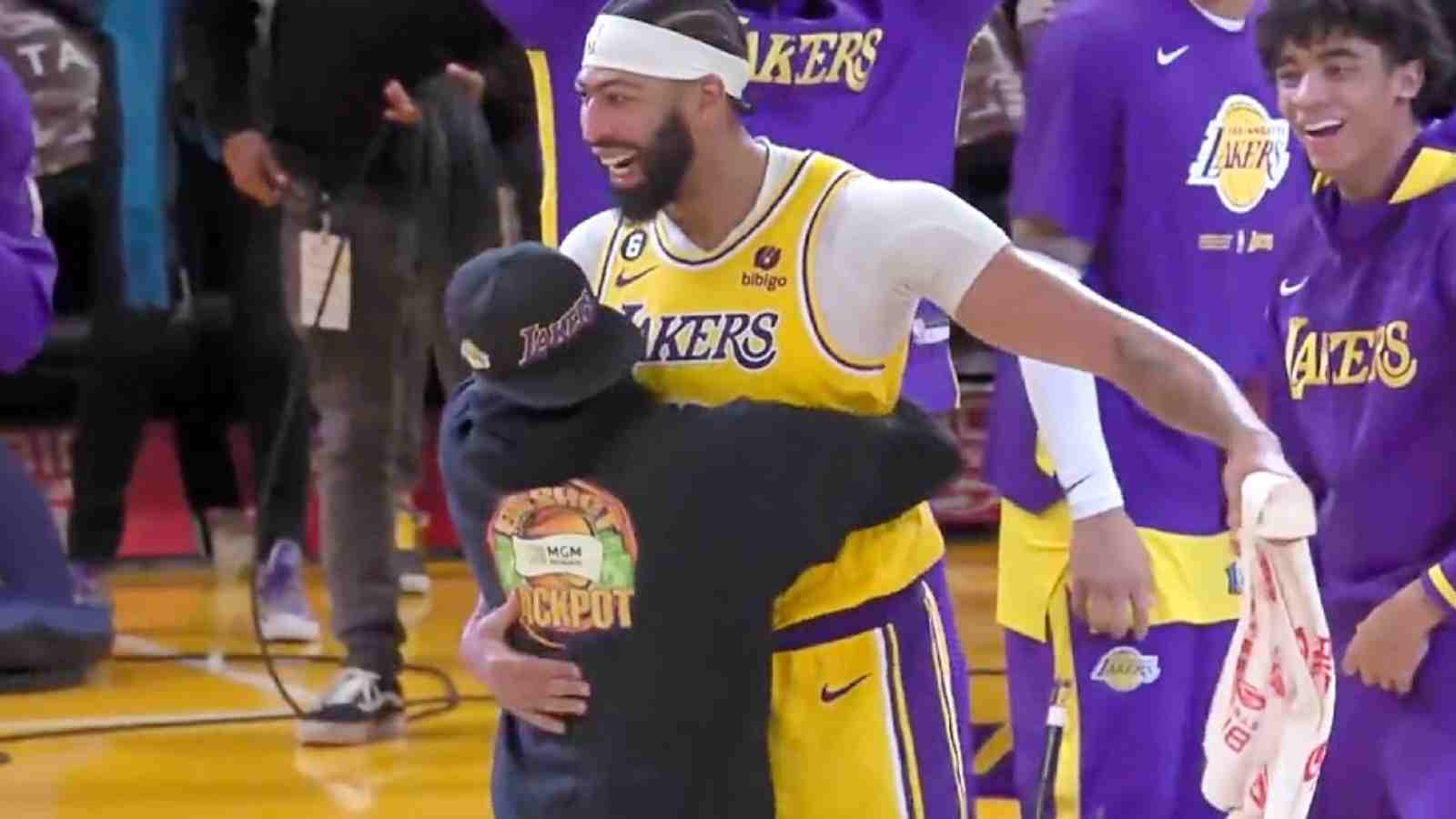 The Los Angeles Lakers may have given the game away in the fourth quarter with a one-point edge after an Indiana Pacers rookie made a buzzer-beating 3-pointer. Jamie Murry did not experience the heartbreak that any Laker fan should have felt upon witnessing his team lose in a fascinating contest. It’s because he won $75,000 in a challenge during the game by making an incredible half-court shot.

With the Pacers coming to town on Monday night, the Los Angeles Lakers were finally beginning to feel some confidence about the 2022–23 season. It was a fascinating clash, mostly because of the trade discussions between the two franchises that had been going on ever since free agency began but that never transpired involving Buddy Hield and Myles Turner. The Lakers may have suffered a heartbreaking loss to the Pacers, but they were able to see a legendary moment from a fan.

The fan, named Jaime Murry, came out for a halfcourt shot for $75,000 between the third and fourth quarters, and despite using an unconventional shooting technique, he made it. But for him, the best part was that he got to join the Lakers in celebrating the historic victory.

The greatest moment was when the Lakers bench erupted and Anthony Davis hugged the fan inside the court after he hit the Griddy, then ran about entertaining the crowd. Along with Dennis Schroder, Thomas Bryant, and Matt Ryan, the rest of the Lakers bench joined in the celebration.

Also Read: Who is Anamaria Goltes? Know all about Luka Doncic’s girlfriend

The Indiana Pacers overcame a 17-point deficit in the fourth quarter to defeat the Los Angeles Lakers 116-115 on Monday night thanks to a last-second 3-pointer from rookie Andrew Nembhard. Tyrese Haliburton led the Pacers, who trailed 101-84 early in the fourth, with 24 points and a tying layup with 39 seconds left.

The fourth 3-pointer of the evening by Canadian second-round choice Nembhard from Gonzaga gave him 12 points. For the Pacers, who had six players score in double figures, Haliburton had 14 assists and rookie Bennedict Mathurin contributed 23 points, helping the team move to 12-8 on the year.

The Lakers, who had Anthony Davis‘ 25 points and 13 rebounds, were close to winning their sixth game in a row before their defense let them down late. Russell Westbrook scored 17 of his 24 points in the second half, while LeBron James finished with 21 points and seven rebounds.

James had a scoring run of 10 points in the opening minutes of the game, but after rolling his left ankle, he had to leave the game and come back to start the second. Beverley was replaced by Dennis Schroder, who made his third consecutive start and finished with eight points and four assists whereas Austin Reaves contributed 13 points off the bench.

NBA Twitter reacts to fans’ half-court shot for a jackpot

This is how the fans on Twitter reacted to the incredible shot:

The Purple and Gold’s performance that night should have been better. While they witnessed a man’s life change in a fraction of a second, they were unable to secure the crucial victory, falling victim to a heartbreaking buzzer-beater. All of these may indicate that the Lakers’ situation is beginning to deteriorate. Only time will tell, but things seem more promising now than they were at the beginning of the season.

Also Read: “We are not at that level” Kristaps Porzingis slaps Wizards, his teammates with harsh reality after painful loss against Celtics