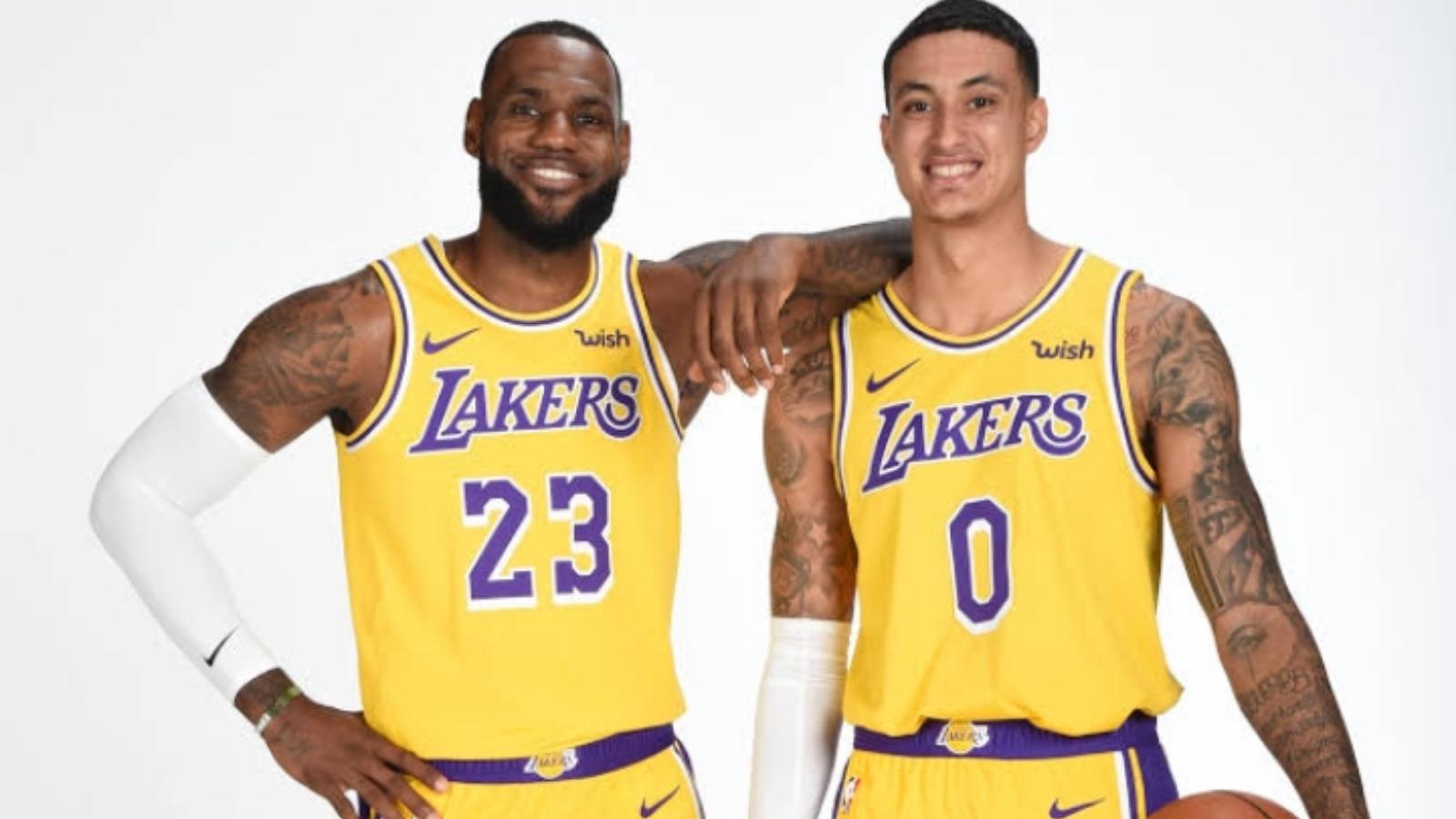 Kyle Kuzma is all over the NBA headlines as the Wizards’ star recently made a shocking claim about his former team. He was a part of the Los Angeles Lakers and even won a championship with them in the 2019-20 season. His recent claim is about the 2020-21 Lakers who got out in the first round of the playoffs after winning the title. Kyle Kuzma believes the team would have won it all if they were healthy.

The Los Angeles Lakers really went from being the best in the league to one of the worst teams. They now have no one except for Anthony Davis and LeBron James from the 2020 Championship-winning roster. They had many pieces in the 2021 season but nothing worked out for them as they were ruined by injuries.

So the management really shipped everyone across the league with a dream to build another championship roster. And, they successfully built one but again injuries sold them away. They now have brought in Russell Westbrook and for that to happen on August 6, 2021, Kyle Kuzma was traded to the Washington Wizards as part of a package in exchange for Brodie.

Like every other star which the Los Angeles Lakers parted ways with, even Kyle Kuzma has improved and is now a very important piece of the Wizards. And, recently he addressed his last season with the Lakers by showing out hopes of repeating the championship run via a tweet from his personal Twitter handle.

Kyle Kuzma retweeted a tweet that said: “The Lakers will make the playoffs if Bron and AD are healthy…” And, replying to it he wrote: “We would of repeat if we were healthy.” Honestly, Kyle Kuzma isn’t all wrong while saying that as in 2021 the Los Angeles Lakers which were led by the duo of Anthony Davis and LeBron James would have been a serious problem for the league if they were healthy, especially for the western conference which wasn’t this tough with many stars being injured and sidelined.

Also Read: “I believe in NEPOTISM” $400 Million worth Shaquille O’Neal states eye-grabbing plan for all his kids

Did the Lakers win the Kyle Kuzma trade?

The Los Angeles Lakers and Washington Wizards both haven’t made any good success since the trade. But talking specifically about Kyle Kuzma, he and the Wizards have been better than the Lakers. Kuz now is an improved player with leadership qualities and the team can even run the offense through him.

The Lakers gave away a lot to land Russell Westbrook as Kyle Kuzma was just a part of the package they sent away in the exchange. So far Brodie hasn’t been a great fit with the Lakers. But things this season may change as being a part of the second unit he’s really getting the job done and improving everyone around him while getting MVP chants. The ongoing season can decide the winner of the trade as Kuzma and Westbrook both are up with their new roles and want to lead their teams to the post-season.

Also Read: “Couldn’t get 40” Austin Reaves roasts the life out of LeBron James despite heroic 39-point performance vs Spurs