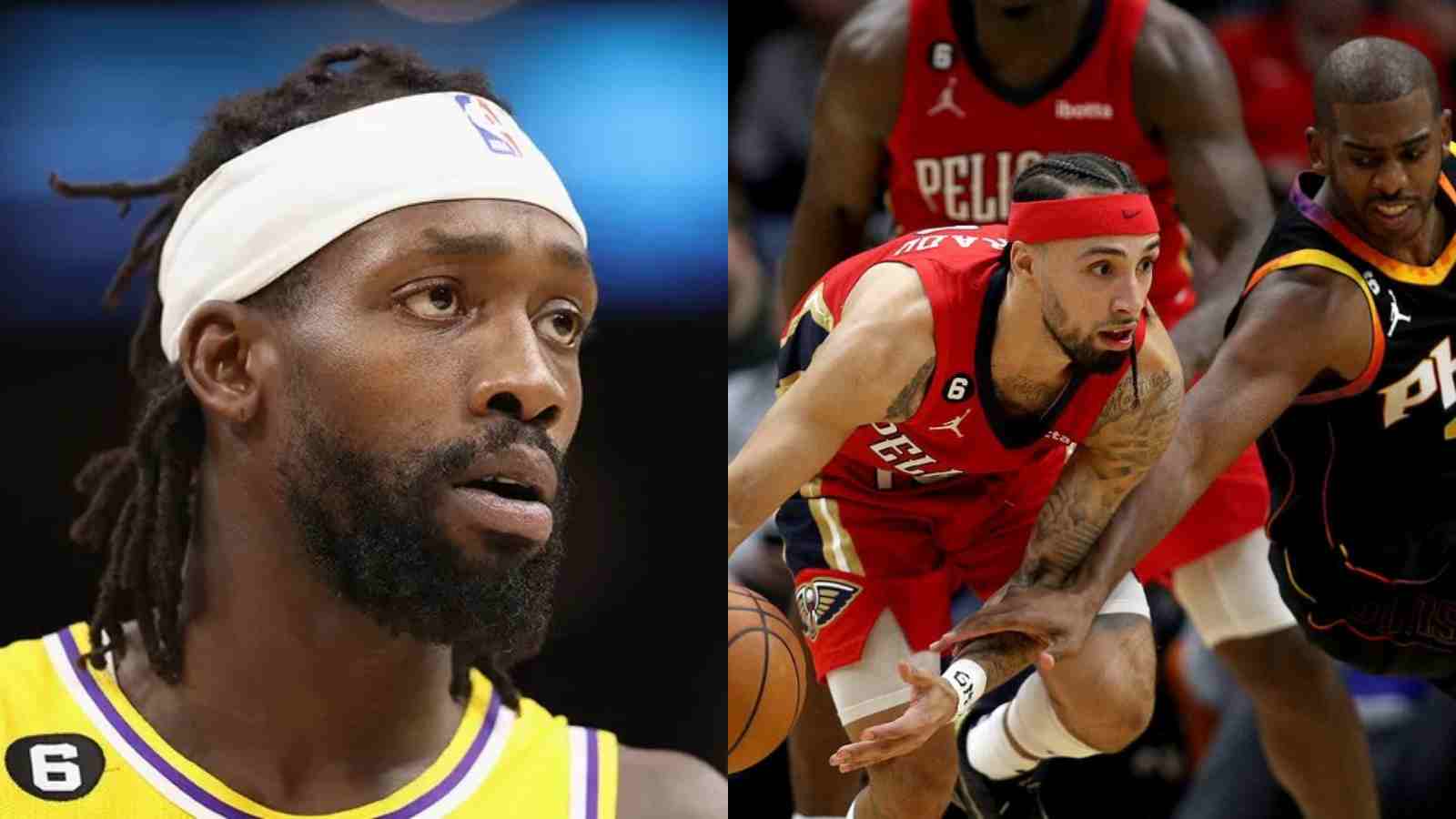 Patrick Beverley wasn’t a fan of the footage that captured Chris Paul elbowing Jose Alvarado in the face after Zion Williamson’s 360-degree windmill dunk on Friday at the conclusion of the New Orleans Pelicans vs. Phoenix Suns game. The moment between Paul and Alvarado may have gone unnoticed before the action which led both sides to an altercation.

Last Friday, the Pelicans had the game in hand with less than ten seconds remaining and were up by nine points against the Suns. Instead of dribbling out the clock, Zion Williamson launched a powerful 360-degree windmill dunk in the dying seconds for his Pelicans’ supporters. Chris Paul attacked Jose Alvarado as a result of this action, which was followed by the officials’ and both teams’ benches’ interference.

However, a recent video released available by Bally Sports New Orleans shows Paul elbowing Alvarado in the face after the game’s last dunk. Alvarado attempted to alert the officials to the elbow, but Paul tangled with him. This required the coaching staff and players from both teams to walk over and intervene, further defusing the situation.

In fact, it is quite surprising that the NBA hasn’t recently imposed any punishments, as Patrick Beverley was pleased to note. Beverley received an infamous 5-game punishment from the NBA following the Lakers vs. Suns game two weeks ago for a similar incident. This caused him to respond in opposition to Paul’s antics, which the league was ignorant of.

The New Orleans Pelicans defeated the Suns 128-117 on Friday night in a matchup of the top two teams in the Western Conference courtesy of a determined performance by Zion Williamson, who finished with a season-high 35 points. The Pelicans got 20 points from Jose Alvarado, who came off the bench, and 18 points from CJ McCollum, who has scored in double figures in 11 of their last 13 games.

Jonas Valanciunas overcame a 4-of-16 shooting effort to finish with 12 points and 10 rebounds for New Orleans, while Naji Marshall scored 14 points. Larry Nance Jr. finished with 17 points and 9 rebounds.

Torrey Craig and Devin Booker maintained their season-long inconsistency with 14 points each. The Suns trimmed the Pelicans’ advantage in half in the second half, making 15 of their 22 attempts, but they were unable to pull away.

For standing over Lakers guard Austin Reaves, who had been pushed to the ground by All-Star guard Devin Booker during the two players’ challenge for a rebound close to the end in the Lakers’ impending 115-105 loss in late November, Patrick Beverley, a 6’1″ veteran guard, responded angrily with the Phoenix big man DeAndre Ayton.

He was standing over Reaves when Beverly charged at him head-on, knocking the enormous man to the ground. Players for the Lakers and Suns were suddenly on the edge of assaulting one other.

Beverley was ejected from the game, Ayton received a technical foul, and Booker was called for a foul. After receiving a three-game NBA suspension, Beverley admitted his mistake in a post-game interview.

Also Read: Shannon Sharpe believes Lakers should chip in $270k to compensate for Patrick Beverley earning which he’ll lose due to a 3-game suspension

“I’m like in a state of shock,” Khloé Kardashian DISAPPOINTED on finding out her first child with Tristan Thompson was a girl

“There’s already a problem,” Triple H reveals why he decided to change the in-ring name of the 25-year-Old WWE Superstar

Why was Kai Cenat banned on Twitch? Speculations arise on the mysterious ban