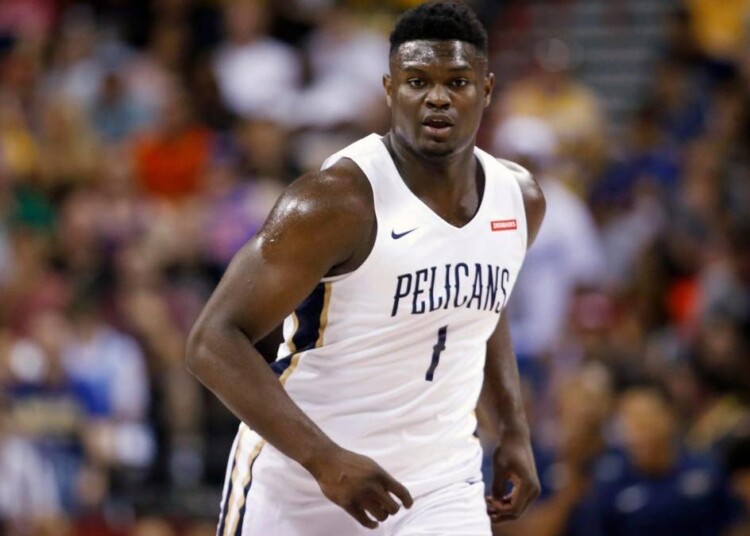 22-year-old Zion Williamson American basketball player represents the New Orleans Pelicans as a power forward. Due to his high-flying dunks in the shape of a linebacker, he was a highly anticipated and popular talent coming out of high school. He dominated his year at Duke, crushing the opposition. The Naismith National Player of the Year Award was given to him. Zion was first selected by the New Orleans Pelicans in the 2019 NBA Draft.

Due to his overpowering size, athleticism, and agility, he has been in the NBA for three years and has dominated the opposition. He has been chosen for both the NBA All-Star Team and the NBA All-Rookie First Team in his two years. For his popularity, he is sure to have a good salary and endorsements.

Williamson is reportedly worth $27.3 million according to Forbes. In 2020 he was the world’s 57th-highest-paid athlete. Considering how fast he is growing and transitioning into an elite player, he could soon be up the ranks among several all-timers. This may also boost his net worth by miles eventually.

A player of Zion’s stature is bound to have many endorsement deals. With Jordan, he has a personal signature shoe. Jordan, Gatorade, Panini, Fanatic, Mountain Dew, and NBA2K are among the brands he has endorsed. Williamson earns $20 million from endorsements alone, claims Forbes.

As of 2023 The Pelicans forward is single but was previously in a relationship with Tiana White. Zion and Tiana made their relationship public a year before Williamson started playing for the New Orleans Pelicans.

It seems that the two met while they were both attending Spartanburg Day High School. Tiana was a cheerleader and a member of the school’s volleyball team.

Sadly, Zion and Tiana parted ways. Some fans speculate that the couple split up around 2021, while the actual date is presently unknown. Furthermore, the reason for the breakup is unknown, however it can be related to the distance.

In a Mercedes Benz G Wagon, Zion travels. His family relocated to a $950,000 mansion in North Carolina when he committed to Duke.

Sharonda Sampson and Lateef Williamson are Zion’s biological parents. While they met in college and got married later, their marriage didn’t last for long. Zion’s parents divorced when he was 5 years old. His mother got married to another man soon after her separation from Lateef. She married Lee Anderson who proved to be a real factor for Zion’s success in the NBA. It was Lee who helped him to improve his ball-handling and point-guard skills.

What is Zion Williamson’s career-high in the NBA?

Zion Williamson scored a career-high of 43-points against the Minnesota Timberwolves on December 28, 2022.

How high can Zion Williamson jump?

Zion Williamson has a vertical jump of 45 inches.

Zion Williamson is a big fan of anime cartoons notably, One Piece, Death Note, One Punch Man and Naruto.

Yes, Zion Williamson of the New Orleans Pelicans is left-handed.

Why did Zion Williamson undergo surgery?

Zion Williamson went through surgery after suffering from a fractured metatarsal in the right foot.