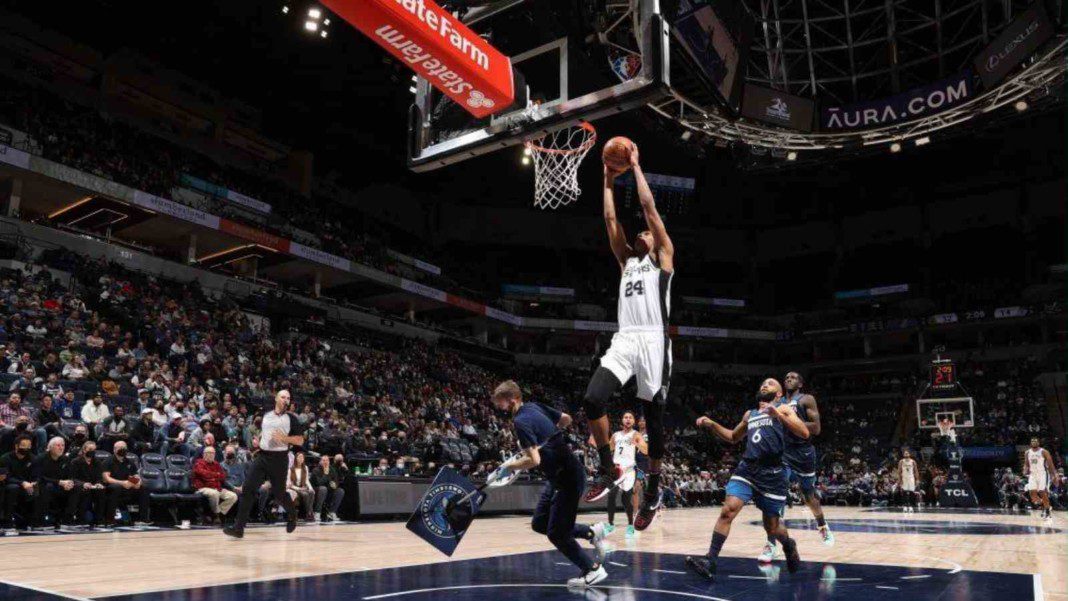 Devin Vassell’s interaction with the Timberwolves’ Ball boy could really have been a perilous one. The Ball boy was just trying to do his job but things got a little surprising for the poor guy. The San Antonio Spurs locked horns with the Minnesota Timberwolves in their previous match. The Timberwolves hosted the Target Centre, Minneapolis, MN, and the fans couldn’t be happier for what transpired yesterday.

The Timberwolves gave their home crowd a great win over the Spurs by blasting the Texans by 115-90.  The Timberwolves started with a very strong footing. They acquired a 14 point lead right in the first quarter and didn’t let go of it till the end.

Even though the Spur were losing 14-32 in the 1st quarter but something happened that has become an important highlight of the match.

With two minutes left on the clock for the first quarter to be over, Devin Vassell and Lonie Walker IV double-teamed against the Timberwolves’ Jordan McLaughlin at the Half line and were able to steal the ball from him. Lonie Walker passes the ball to Vassell who is already hinting towards going for a dunk.

But what’s out of the picture was a ball boy cleaning the painted area. The Ball boy could have gotten out on time but the poor soul drops the towel. This may be a funny incident for the people watching but could have been resulted in something fatal for the parties involved.

Fortunately, Vassell noticed the ball boy on time and takes a left step to avoid a collision but still goes for an awesome dunk. Thanks to his reflexes the 21-year-old saved himself. He dropped 18 points,4 rebounds, and an assist for the Spurs.

The San Antonio Spurs are 4-11 into the league, and this was their 4th consecutive loss. The Spurs are struggling very hard to stay afloat but the upcoming match could really take a toll on them as they will be competing with some of the best teams of this season.