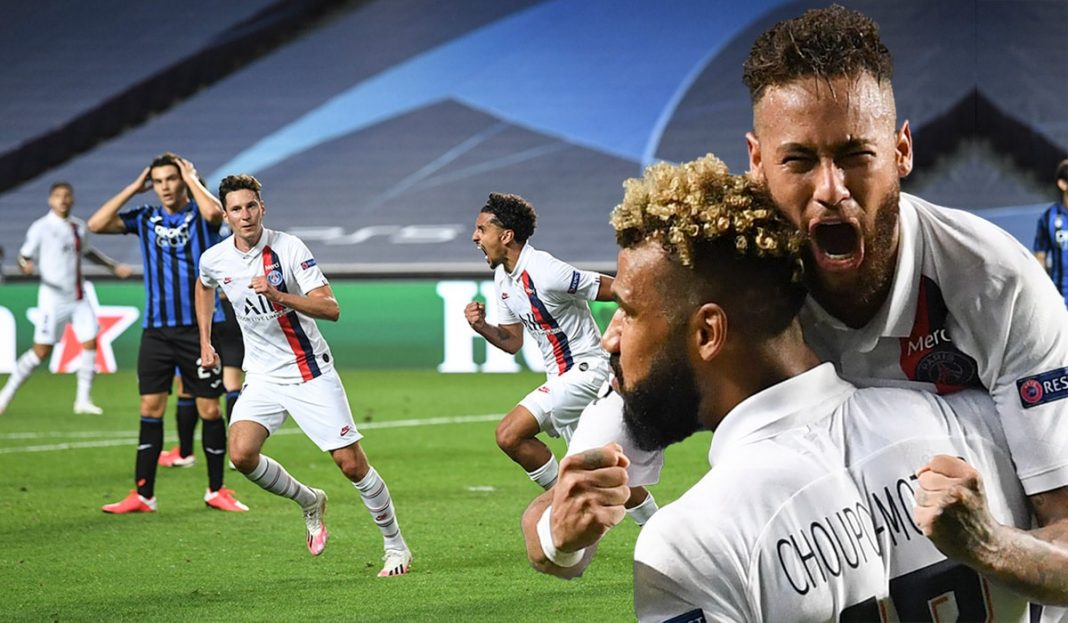 The Parisians have qualified for the semifinals after defeating Atalanta 2-1 at the Estadio da Luz in Lisbon.

Despite some blazing runs and amazing turns, the French prodigy couldn’t make an instant impact.

Somehow the Brazilian forward forgot his shooting boots. Although he doesn’t fail to impress with his dribbling skills and couple of nutmegs last night.

Mario Pasalic’s 26th minute strike gave Atalanta the lead, which prevailed till the 90th minute. Neymar could’ve given PSG the lead, when he was through on goal but somehow the Brazilian forward missed the chance to score.

However, PSG equalized late on after Marquinhos tapped-in after assist by Neymar himelf. PSG scored another one in quick succession, when Choupo-Moting and sealed their first semi-final place since 1994-95 season.

Neymar completed a total of 16 dribbles, the highest in this season’s Champions League. The 28-year-old recorded 16 dribbles against Atalanta, a joint record in a single Champions League match with only Lionel Messi and Javier Zanetti

PSG will now join either RB Leipzig or Atletico Madrid in the semi-finals of the Champions League on 18th of August (12:30AM Indian Standard Time).