NFL 2021 kicked off with a blockbuster clash between the Buccaneers and the Dallas Cowboys where the game lived up to the hyped sense of sporting drama, thrill and some excellent football. The Buccs managed to walk away with the bragging rights, thanks to an exultant display from their star quarterback, Tom Brady and a collective showdown from their wide receivers, Antonio Brown and Chris Godwin.

As we are accustomed to the aggressive game of American football, one of the most important aspects of the sport is catching. The better you catch, the more are your chances of conversion into a touchdown. With all said and done, the ongoing edition of NFL has arrived in its fifth week and the players have belted out an impeccable showdown so far to underpin the competitive values of the sport. In this story, we will be taking a quick glance at the five players with the highest number of catches without a fumble in NFL 2021. So without further ado, let us take a look upon the most receptions by an NFL player without a drop-

Cooper Kupp has established himself as one of the most emphatic monikers of the sport and the Los Angeles Rams’ wide receiver has racked up substantial digits to cement his iconic pedestal. In the ongoing season, he is the man with the highest number of catches without a single fumble as his stats read a staggering 37 receptions. He has also run for a blistering 523 yards which have him ranked at the ace of the list. They say catches win matches and guess what, Los Angeles Rams are in the second position of the NFC West with four victories.

The Green Bay Packers have banked heavily upon the burly shoulders of Davante Adams to give fruition to the rollicking passes of their star quarterback, Aaron Rodgers. He has managed to bag 31 receptions and blast for a screaming 373 yards. He has also registered 19 receiving touchdowns that have underlined Adams’ brilliance as a wide receiver. The Packers have managed to boss the NFC North so far with three victories and one defeat.

Hill missed out on the ace by a solitary catch as he could rack up 30 catches and was named in the third spot of the list. Hill has surged for a blistering 453 yards while he has registered 4 receiving touchdowns. The Kansas City Chiefs have failed to impose an impressive showdown until now as they have won two and lost two and are languishing in the rock-bottom of the AFC West. Hill is an iconic wide receiver and it is expected that the Chiefs will be able to turn things around shortly.

The Carolina Panthers wide-receiver has managed a staggering 238 receptions in his NFL career. In the ongoing season, Moore has grabbed 30 receptions which rank him in the fourth spot on the catches table. He has rushed for a staggering 398 yards and has bagged three touchdowns. It has so far been a thrilling contest for the NFC South as Moore’s Panthers share a familiar record with the Buccaneers with three victories and one defeat.

The last player to make it into the list of most receptions by an NFL player will not be surprising. The big man from the Los Angeles Chargers has been in scintillating touch with 28 receptions in the ongoing season. His glittering antiquity in the NFL brags about 652 receptions. He has also charged forth for a staggering 294 yards in the ongoing season and completed one touchdown. The Los Angeles Chargers have been at the top of the points table in the AFC West with three victories and one defeat. Allen will be a key player for the Chargers to keep their momentum going.

Also read: NFL Played Host To A Glimpse Of Squid Games As Buffalo… 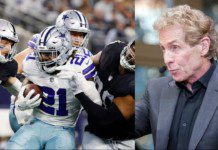 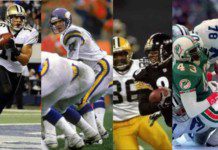 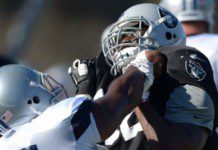 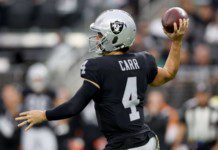 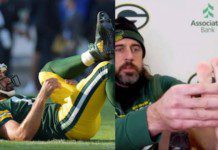