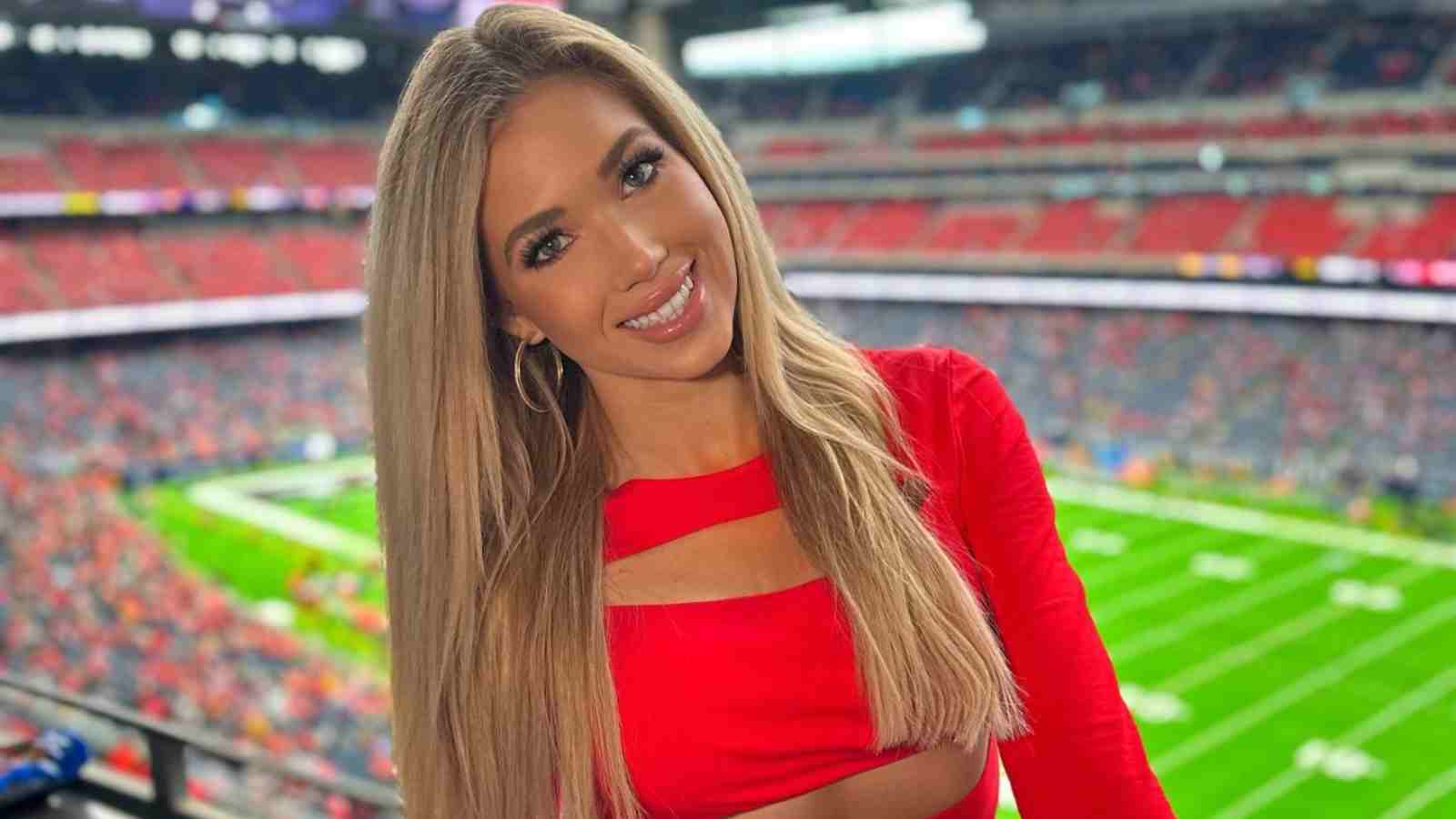 With the recent win of the Kansas City Chiefs, Gracie Hunt too was seen having a victory of her own over Chiefs fans’ hearts (again) this week. While her team managed to clinch their 11th regular season win of this year, the former Miss Kansas was busy doing her routine thing, i.e. posting viral pictures on her social media.

Gracie Hunt is not only known to Kansas City fans but is a well-known personality in the NFL world now. With her multiple stakes in social causes as well as the business side of work, Gracie Hunt is the talk of the town for all the right reasons. And it was no surprise when she was again trending this weekend for her diva avatar as well as her other expeditions.

Hunt, who herself is an athlete, is a regular follower of the sport. Apart from her obvious love for the Chiefs, Gracie Hunt is seen following and supporting other sports as well. Even while on her way to make her usual appearance for the Chiefs game, she was keeping track of the sports highlight of this week, i.e. FIFA World Cup.

The diva was keeping her fans updated with the World Cup Final proceedings and was seen cheering Lionel Messi of Argentina. She even posted the live telecast from the NRG Stadium, leaving no stone unturned in grabbing every moment of the spectacle.

Gracie Hunt later posted an eye-grabbing picture of her in a red outfit along with her weekend outings highlights on social media, with a caption: “It’s high noon🏈”. The post went immediately viral, with fans showering their love for the Chiefs’ heiress.

Chiefs make their way to the Playoffs, Patrick Mahomes solidifies his MVP claim for the season

The game against the Texans was far from perfect for the Kansas City Chiefs. Although their win might not be easy on the eyes, the mistakes they committed can be given a free pass considering their opponents. The only reason the Houston-based team was in the game was due to the Chiefs’ own two fumbles. The Texans could have made the most of these golden chances if not for the Chiefs’ gritty QB.

Patrick Mahomes, the daily savior of the Chiefs, completed 36 of his 41 passes (87.8%), setting an NFL record for a QB who threw more than 40 + passes. Along with a rushing touchdown, the 2019 Super Bowl MVP also completed two touchdown throws against Texans.

The season for Mahomes is going relatively pleasantly. With his completed passes percentage after 14 games at 67.4%, fans are looking at his best season outing in the passing department. While the slight rise in interceptions in the recent games might be a concerning figure for the fans, the overall consistency is reassuring. Eagles’ Jalen Hurts currently looks like the only solid contender who can challenge Mahomes’ claim for the MVP title.

Although for the present matters on hand, the Chiefs have now bagged their seventh consecutive divisional title. The win against the Texans might not be one of their ideal games, but they surely won’t mind their safety cushion of a present record of 11-3.

Nikhil is an NFL editor at FirstSportz. He has more than two years of experience in the sports industry pertaining to various departments that include Marketing and Communications, Social Media, Content Analysis & Writer. Currently intrigued by the sport of American football and the NFL. He is on a quest to understand why and how does this sport connects so deeply with people. An eternal sports lover, he has a curious mind to learn about different sports and their different sides right from its different domains pertaining to sports business, sports management, and on-field play analysis. When he is not following his love for sports, he is busy following his other endeavors like movies, anime, books, and trekking.